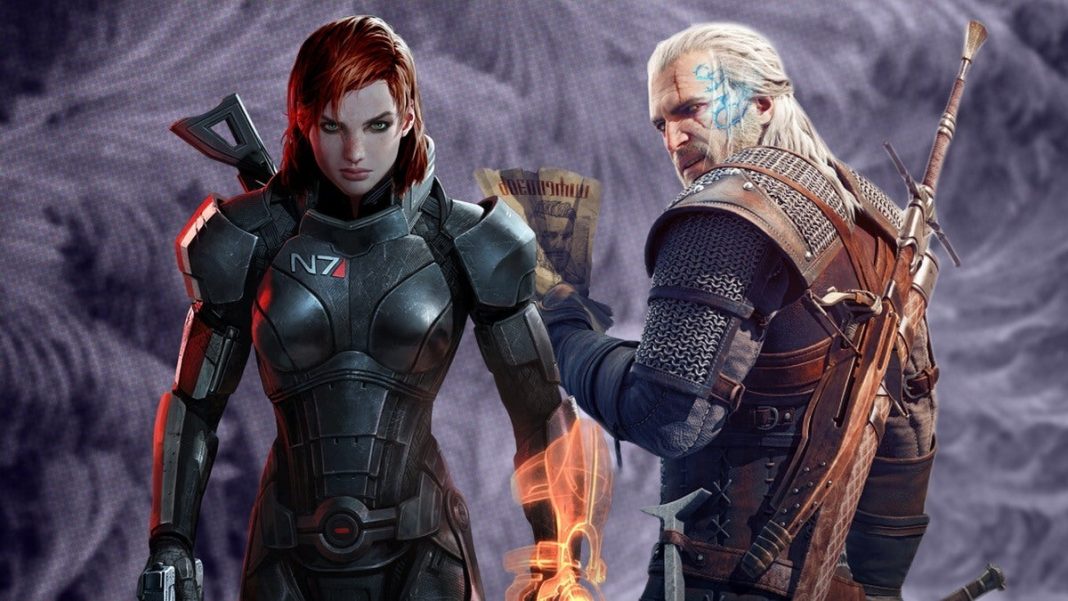 Some people find themselves engrossed with books, while others are so absorbed with cars and machinery. Different people have different likes and dislike. And some people, in particular, are crazy about video games especially RPGs. Role-playing games, with their captivating storytelling and realistic fantasy worlds, nobody can resist playing them.

An RPG developed by BioWare’s Edmonton Studio and published by Electronic Arts. The player can either play the role of a warrior, mage, or rogue emerging from elves, dwarves, or human origin to fight the demonic forces that threaten to invade the kingdom.

It won numerous awards since it was released and one of them was, “PC Game of the Year” in 2009.

Xenoblade Chronicles is an action RPG that was developed by Monolift Soft and published by Nintendo. It was used to be called Monado: Beginning of the World, but was later renamed Xenoblade in 2010.

Shulk and friends go on a quest to search for the mystical Monado sword in order to defend their home against the Mechon, which are robotic creatures designed to destroy them and their homeland.

Final Fantasy XII is a fantasy RPG by Square Enix that was released in 2006. The game is set in Ivalice, with 2 warring empires Archadia and Rozarria continues. Dalmasca, which is a smaller kingdom is caught between the two empires in war.

Princess Ashe of Dalmasca, together with Vaan, a young adventurer, creates a resistance army in order to fight back against the tyranny of Archadia.

Dark Souls is an action RPG developed by FromSoftware and was published by Namco Bandai Games. It takes place in the kingdom of Lordran, where a cursed human character will take on a pilgrimage from the Asylum of the Dead to learn the future of the living.

The player, who takes the role of the cursed human, will have to collect clues as he progresses through the game, to understand the story.

This is an action RPG developed by Obsidian Entertainment and published by Bethesda Softworks. The player assumes the role of Courier, who was hired to deliver a package through the Mojave desert. Along the way, he was ambushed and killed.

After being saved by Victor and Doc Mitchell, he was sent back to the desert to exact revenge and recover the stolen package, only to be caught between factions fighting over the desert.

This game is an online multiplayer RPG developed by Blizzard Entertainment in 2004. It takes place in Azeroth, where a player controls an avatar, to fight off monsters, explore the land, complete numerous quests, and interact with non-player characters, too.

The player must also select a server or realm, which allows players to create characters in all of the realms within the region.

7. The Witcher 2: Assassins of Kings

An action RPG, classified as a role-paling hack and slack kind of game. It was developed by polish Studio CD Projekt RED.

The player takes the character of Geralt of Rivia, called The Witcher, who is an enhanced human that hunts and kills monsters for trade. The story is based on Polish and Slavic mythology, too.

Mass Effect 2 is an action RPG developed by BioWare and published by Electronic Arts. It is the second installment in the series. The game is set in the Milky Way galaxy in the 22nd century, where the human race is threatened by the Collectors, which are insectoid species.

The player assumes the role of Commander Shepard, a soldier, who must earn the loyalty of the teams under his command, to fight and defeat the enemy in a suicide mission.

Diablo III is another action RPG game developed and published by Blizzard Entertainment. The player can select one of the six characters, which are Barbarian, Crusader, Demon Hunter, Monk, Witch Doctor, or Wizard.

These characters, whatever the player chooses, are tasked to do the same mission, which is to defeat the Lord of Terror, Diablo.

This game is an action RPG developed by Bethesda Game Studios and published by Bethesda Softworks. The game takes place in the province of Skyrim. The player has to develop the character as the game progresses.

But the player has an option to choose and create characters from several races, including humans, elves, orcs, and more. They can customize the characters and improve their skills as they continue through the game.

If you love to role-play, these games are perfect for you. The visually realistic world they have created will give you a realistic experience as well. Just remember not to get too carried away, or you might not get back to reality once you’ve become obsessed.

Top 10 Things Only Breastfeeding Moms Can Relate To