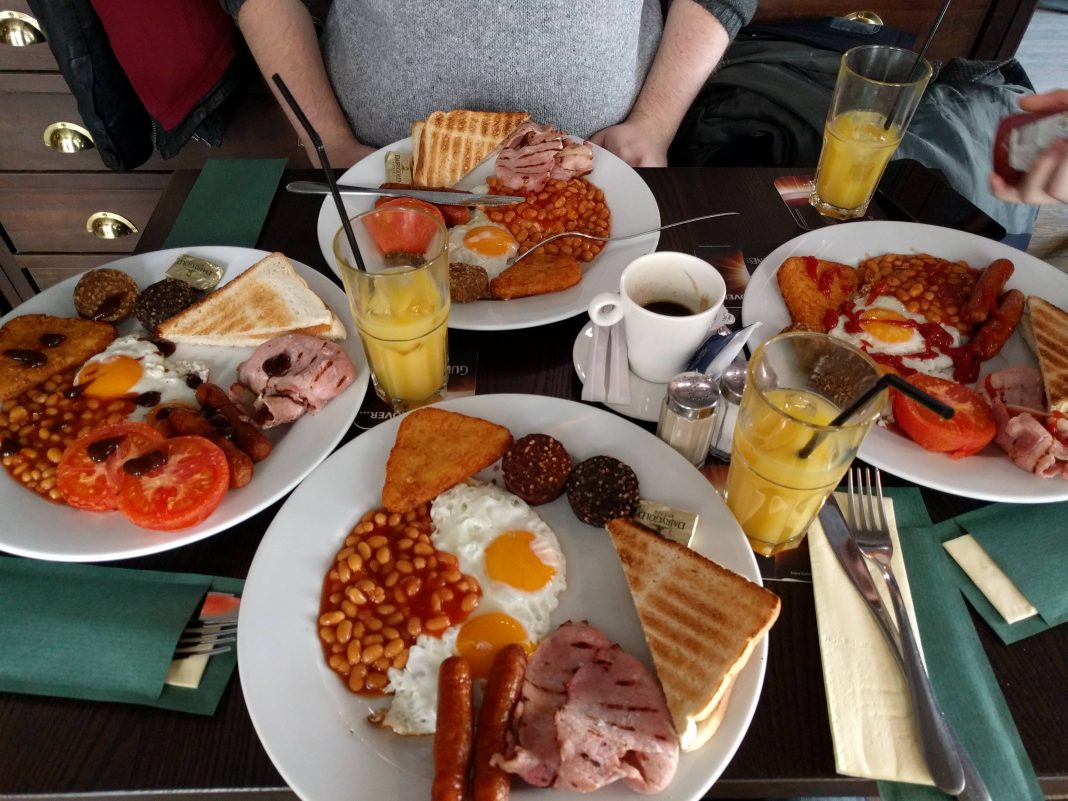 If you are a certified foodie, you may want to try out Dutch food. They are simple, but great tasting. You may not want to leave the place after sampling one or two of these delicious delicacies. Make sure to bring some of it home, you might miss it when you get back.

Stroopwafels is a Dutch waffle made of two thin layers filled with a caramel syrup in the middle. The dough is made from flour, eggs, butter, brown sugar, yeast, and milk. The dough is turned into a ball and places on a hot waffle iron to be flattened.

While the waffle is still warm, it is split into two thin halves and the warm caramel syrup is spread in between to make them stick together.

Frikandel is a Dutch sausage or hotdog. It is long, skinless, and dark-colored that is deep-fried and best eaten while it is still warm.

It is also great when paired with some mustard, apple sauce, mayonnaise, tomato ketchup, or curry ketchup. The frikandel is slit in the middle to make room for the sauces and some onions.

An oliebol is a Dutch dumpling made by deep-frying a scoop of dough using an ice cream scooper. They float upward when they are just about done.

By tradition, the oliebol is eaten during New Year’s Eve and funfairs. The dough is made from eggs, flour, yeast, salt, milk, baking powder, and some candied fruit.

Vlammetjes means “little flames” because they are so spicy they could get literally set fire to your mouth. It is a spicy Dutch bar snack that is made from a spicy beef mixture that is wrapped in sheets of very thin pastry. They are dipped in a sweet chili sauce.

They actually look like a mini spring roll and cooked similarly as well, deep-fried until golden brown. Some of it can be bought in the freezer section of some grocery stores.

Kaas is simply “cheese” in English, but you have got to try Dutch cheese. Wall after wall of cheeses lines up organic markets and other shops, especially in cheese markets of Edam, Alkmaar, and Hoorne.

Among the most popular cheeses, you can try in the Netherlands are Gouda, Edam, Leidse kaas, and Maasdam. You can also enjoy herbed and smoked cheeses.

A biterbal is a Dutch snack that is made with a mixture of beef or veal, beef broth, flour, butter, salt, and pepper. These ingredients are mixed together to form a rich and thick roux and cooked to be refrigerated afterward.

Once the mixture is firm enough, it can now be rolled into balls and dipped in breadcrumbs and a beaten egg to be deep-fried in very hot oil. Biterballen is usually served alongside drinks in a pub or a snack.

Dutch licorice or salty licorice is the type that is flavored with ammonium chloride. The ammonium chloride gives the licorice a distinct salty, astringent taste that the Dutch love so much. They are usually black or dark brown in color and can range in firmness too.

The licorice is usually used to flavor ice cream and other alcoholic beverages like vodka, distilled rye brandy, and cola drinks.

Vlaai originated from the south of Holland, specifically in Limburg. It is a pie filled with a fruit filling and covered with some pastry. In order to be called an authentic Limburgse vlaai, the whole pie has to be cooked together as a whole. If the components of the pie are cooked separately, such that the crust is baked first, it can only be called a vlaai.

It is best served with coffee while enjoying the company of friends and family or it can also be served during a special event.

The Stamppot is a Dutch dish that is composed of potato and other vegetables that are mashed together. It can be paired with sauerkraut, endive, kale, spinach, and carrots, or even onions. The stampot can be purchased from shops, supermarkets, and cafe style restaurants.

The dish is best eaten during winter because of its nourishing and comforting qualities.

Soused herring is another Dutch delicacy. It is raw herring soaked in a preserving liquid or a simple vinegar pickle. It can also be a Dutch brined herring. It is most often served as a snack, eaten as is, or served with some onions.

When preparing this snack, the gills and the part of the gullet are removed to remove the bitter taste. The herrings are then placed in the salt solution for about 5 days in oak casks.

When you get to visit the Netherlands, make sure you try these delicacies. Explore the city and its beautiful flavors as soon as you can.