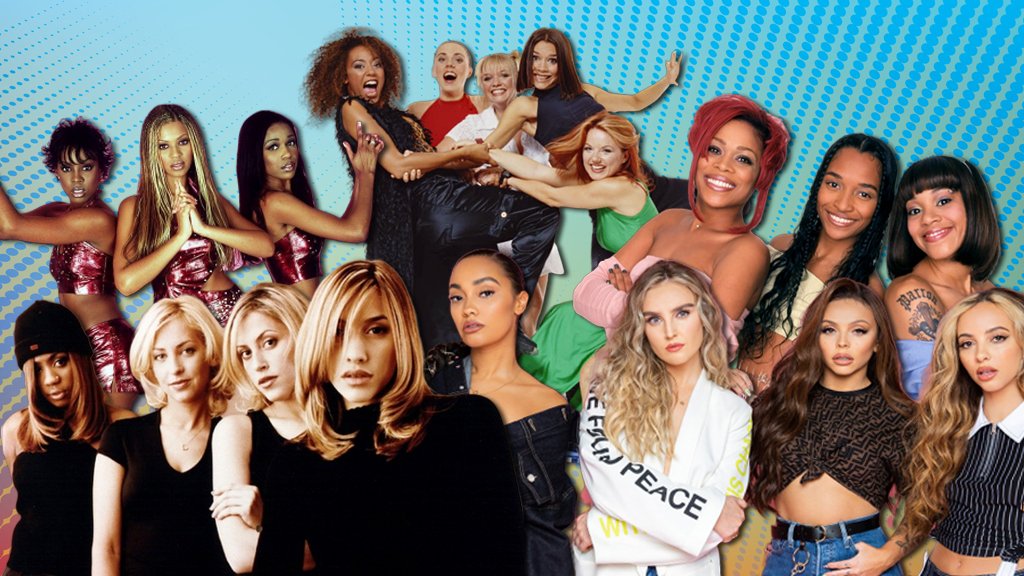 Girl bands or girl groups, or whatever it’s called, are not only there to entertain but also to give women empowerment. Not only men can make it big in the music industry, or in any other industry, but women as well. Here are the top ten best girl bands to make it big, worldwide.

Exposé is an American vocal group with members Ann Curless, Jeanette Jurado, and Gioia Bruno. They are the first group to have four top ten songs on Billboards Hot 100. The group was formed in 1984 by Lewis Martineé.

The first original lineup of the group was Sandra Casanas, Alejandra Lorenzo, and Laurie Miller, who recorded the song “ Point of No Return”, which became a number 1 hit in the Billboard Hot Dance Club Play chart.

The group is composed of Carnie Wilson and Wendy Wilson which are the daughters of Brian Wilson of the Beach Boys and Chynna Phillips, the daughter of John and Michelle Phillips of The Mamas & the Papas.

They have placed three songs on the top spot in the Billboards Hot 100. They have been nominated for four Grammy Awards and two American Music Awards in 1990. Some of their hit songs include “Hold On”, “Release Me” and “Impulsive”.

The Bangles is a 1980’s rock band with members Susanna Hoffs and sisters Vicki and Debbi Peterson. They play a 1960’s folk-rock and jangle pop, with a modern punk or garage sound.

They used to call their band, “The Bangs”, but later changed it to “Bangles” due to a legal issue that forced them to do so. Some of their songs are, “Eternal Flame”, “Walk Like An Egyptian” and “ Manic Monday”.

En Vogue is an American R&B girl group with original members Terry Ellis, Dawn Robinson, Cindy Herron, and Maxine Jones. The group originally started in Oakland, California, and began their musical career from then on.

Later, Robinson and Jones quit due to poor management and legal issues and were replaced by Amanda Cole. Cole left the group in 2003 and was replaced by Rhona Bennett. En Vogue has sold over 20 million copies worldwide.

All Saints is an English-Canadian girl group that was formed in 1993. Its members were British girls named Melanie Blatt, Shaznay Lewis, and sisters Natalie and Nicole Appleton. Their most memorable hits include “Never Ever”, “I Know Where It’s At” and “Lady Marmalade”.

They have become one of the most successful girl groups in the 1990s and have placed nine hits in the UK Singles Chart.

Bananarama is an English pop girl group with members Sara Dallin, Siobhan Fahey, and Keren Woodward. The group was formed in 1979 and made hits like “Shy Boy”, “Na Na Hey Hey Kiss Him Goodbye” and “Love In The First Degree”.

Fahey later quit the group and was replaced by Jacqui O’Sullivan, who remained with the group for three years. They made hits like “I Want You Back” and “Help”.

Destiny’s child is an American R&B girl group that was originally composed of Beyonce Knowles, Kelly Rowland, and Michelle Williams. In 1996, the group was signed in with Columbia Records with new members LaTavia Roberson and Letoya Luckett. They made hits like “Say My Name” and “Bills, Bills, Bills” under their second album entitled “The Writings on the Wall”.

Roberson and Lucket later split from the group after internal conflict, legal issues, and favoritism among members Knowles and Rowland.

TLC is an American R&B female group that also includes hip hop, funk, and new jack swing among its music genres. Its members consist of Tionne “T-Boz” Watkins, rapper Lisa “Left Eye” Lopes, and Rozonda “Chili” Thomas. They were very popular in the 1990s and in early 2000 until Left Eye’s death in 2002.

Billboard has named TLC as one of the greatest trios in history which had ten songs in the top 10 US singles. The group has sold more than 65 million copies worldwide.

The group was formed in 1994 and is a British pop girl band. Its members are Melanie Brown, Emma Bunton, Melanie Chisholm, Geri Halliwell, and Victoria Adams. Their debut single “Wannabe” was number one in 37 countries, which made them a global phenomenon.

They are the most best-selling female group in history and have sold over 85 million copies in the whole world.

The Supremes is an all-American female singing group comprising of its founding members Florence Ballard, Mary Wilson, Diana Ross, and Betty McGlown. In 1967, the group was renamed Diana Ross & the Supremes.

They are considered America’s most successful group with 12 hit singles to make it to the top of Billboards Hot 100. Their hit songs include “Stop! In the Name of Love” and “Back In My Arms Again”.

Sing to one of their songs and you will feel alive and uplifted. Go down memory lane and reminisce the good old times, which the songs conjure. Feel empowered, alive, and uplifted.

The groups just speak “girl power” all the way.

Top 10 Herbs You Need to Replenish Every Time