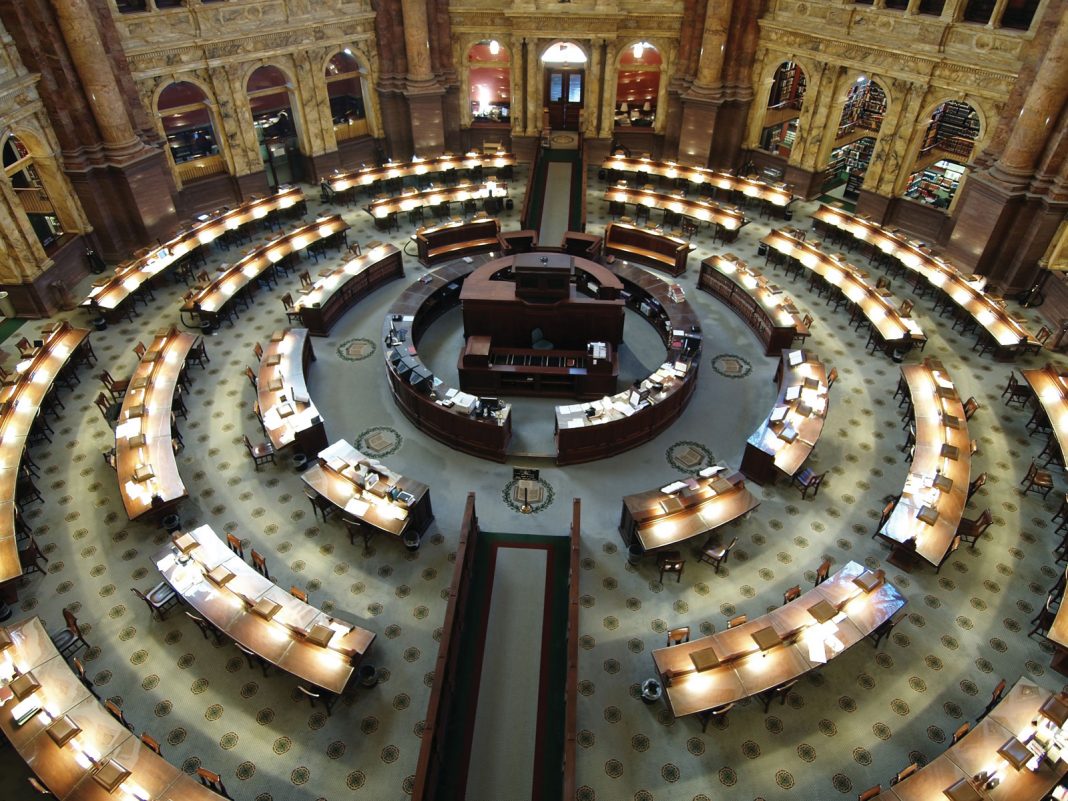 Books are the primary source of information from young toddlers in kindergarten to scholars in graduate school. An average person reads volumes of books in his entire life to satisfy his need for information and education. However, with the advent of internet technology, it seems that traditional books become out of date. E-books are slowly replacing traditional books even in the school curriculum. Still, computers cannot replace books totally. The fact that millions of people still flock to libraries around the world shows that traditional reading has not completely lost its touch on people. Here are the top ten largest libraries in the world.

This is the research library of the Congress of the United States established in 1800. Its collection consists of 150 million items, which fills an 838-mile long bookshelf.

About 1.75 million people visit it yearly.

This is United Kingdom’s national library. It used to be a mere department of the British Museum established in 1753. It became a separate institution by law in 1973.

It holds a collection reaching 150 million items with historical records that date back to 2000 BC, filling 388 miles of bookshelves. It receives 1.75 million visits each year.

Established in 1895 in New York City, it is a public library system that houses around 53.1 million items.

It has a record of 18 million visits per year.

This used to be the Lenin State Library of the USSR until 1992. They changed it to its present name. Russia established it in 1862.

It has a collection of 44.4 million items with 1.17 million visits annually.

Established in 1948, it is the only national library in Japan and serves as the library of the Japanese parliament.

This library is located in Paris, the national library of France. It houses around 31 million items.

It has been opened to the public since 1692. It accepts 1.3 million visitors each year.

This is the largest library in Northern Europe, the national library of Denmark, and the university library of the University of Copenhagen. King Frederick III established it in 1648 and was opened to the public in 1793.

It has 30.2 million items in its collection accepting 850,000 visitors each year.

Established in 1909, this is the largest library in Asia with 29 million items in its collection.

It is in Beijing, China. It receives 5.2 million readers each year.

10. Library of the Russian Academy of Sciences

The Russian state owns this library. It has 26.5 million items in its collection. It is located in Saint Petersburg onVasilievsky Island. It was established in 1714.

It serves the employees of the Russian Academy of Sciences and scholars with high education.

Top 10 Romantic Places Around the World