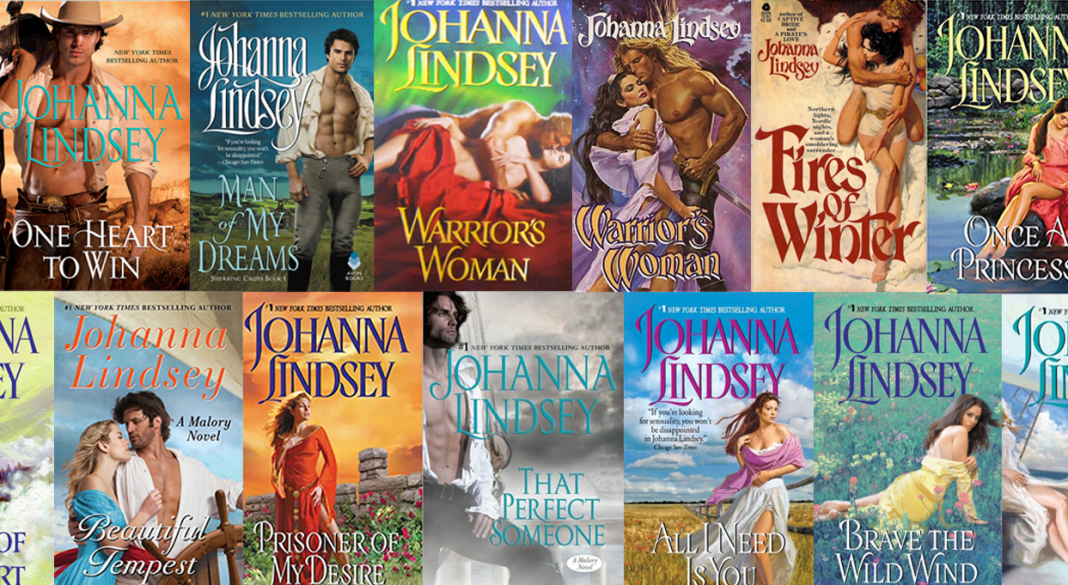 It is one of those days when you just want to curl up in bed by the fire, have a good book in your hands, and some hot chocolate by your side. You know it’s a good book when you can’t put it down. So, here are some of the greatest novels Johanna Lindsey has in store for you, when the mood strikes.

A story about a Scottish heiress, Roslynn Chadwick, who fled her cousin for his greedy plans of having her wealth for his own. She went to London society to look for a willing husband and had Anthony Mallory, a certified rake and heartthrob, as an adviser.

They find themselves drawn to each other instead. Together, they will find that trust and faith go hand in hand, to make a relationship work.

Regina Mallory, the favorite niece of the famous Mallory brothers, has now reached marriageable age. She is invited to all the parties of the ton and became the most celebrated debutante of the season. But she finds herself in a compromising situation with Nicholas Eden, a notorious rake and an illegitimate son of a noble, which led to a forced marriage between the two.

Insecure of his illegitimacy, Nicholas fled into another country only to come home to a son and an unforgiving wife. Will he be able to prove that he has had a change of heart?

3. Prisoner Of My Desire

The death of his elderly husband on their wedding night has now required Rowena Belleme to produce an heir through another. This was a command given by her stepbrother or else he forfeits the inheritance. Kidnapped and seething with anger, Warrick Chadwick becomes the candidate for such a task.

But instead of resisting, he finds himself giving in to his desires for the sapphire-eyed beauty. Would he get his revenge, which he vowed to have? Or would he find himself love the woman who is the prisoner of his desires?

The two found themselves attracted to each other and after a night of passion, eloped and got married at once only to find out that Megan’s dream has finally come true.

Celtic Lady Brenna was abducted by invaders, the Vikings. Sold as a slave to Garrick Hardraad, she swore vengeance on her captor.

The fires of passion that engulfed them will only find them yearning more for each other. A love that would lead to eternity.

Kristen Hardraad, the beautiful Viking temptress who wants to be tamed by the Saxon lord Royce of Wyndhurst, has vowed never to be enslaved by the powerful, handsome lord.

But the sexual attraction is driving the Saxon lord mad with desire, that only the golden-haired beauty can quench. Can passion heal a tormented soul to give way to true and unconditional love?

Dani, a pickpocket in the streets of London, was driven away from her gang of thieves by helping out Jeremy Mallory to get back a friend’s jewel. She demanded a job at his house in return, working as an upstairs maid. Jeremy finds himself attracted to her and plans to make her his mistress.

Posing as Jeremy’s fiance, Danni dressed up to look like a lady and turned all heads when she attends a ball. As she does so, many seem to recognize her and finds herself on the brink of peril.

On her way to America from England, Georgina Anderson posed as a cabin boy in James Mallory’s ship, in the hopes of finding one of her five brothers on her way there. She falls in love with James along the way. Later, she finds her brother Drew and went home without so much as a farewell to him.

As she tried to move on with her life, James appeared, married her, and brought her back to England. But will James be able to say how he truly feels?

9. So Speaks The Heart

Brigitte de Loroux, a French heiress was enslaved by the handsome and powerful Rowland Montville. She swore never to be a man’s slave, but the pent-up passion that Rowland has for her forces her to yield into his arms.

She offers her innocence, only to find love that is mightier than anything she has ever felt before.

Philip Caxton is also known as Sheik Abu, has set his eyes on the pretty Englishwoman, Christine Wakefield. He vowed to have her one way or another. So, he set out to have her kidnapped and brought to the desert where he makes camp.

Helpless and angry, Christine finally finds herself giving in to the charms of this half-Arab-born sheik. Later, they will find a love that conquers all.

A really good book is one of the many pleasures Miss Johanna Lindsey offers just for you. Take some time off and enjoy a good read.

Top 10 Most Dangerous Places in the World