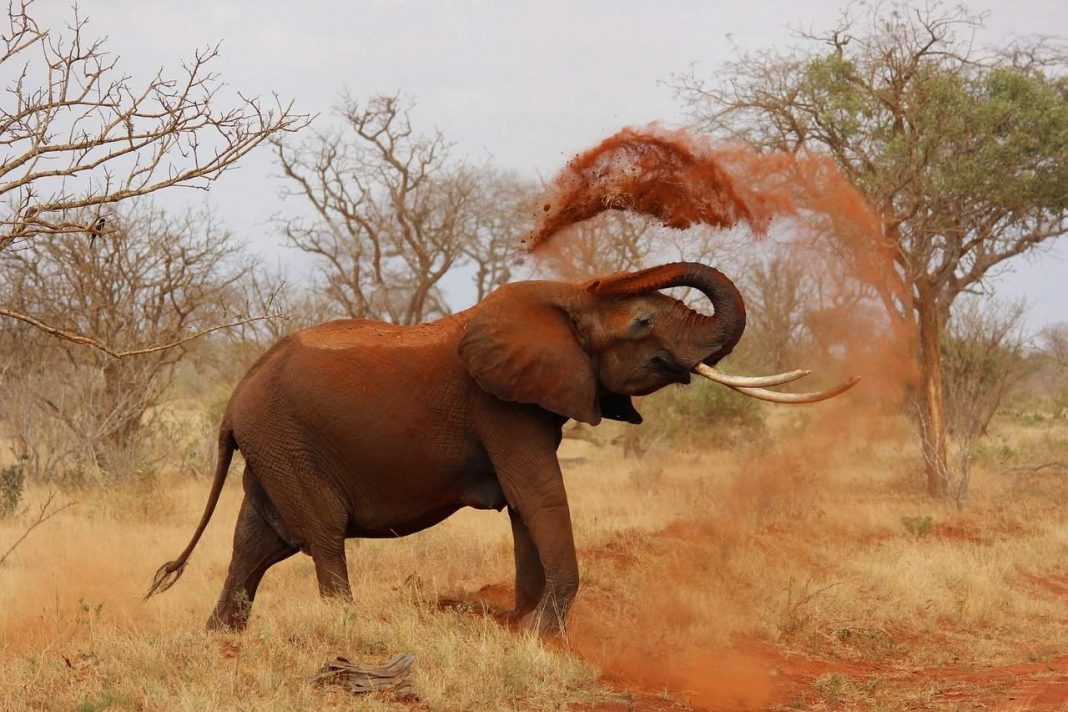 If you think you know everything about this gentle giant, think again. Read on to know some amazing facts about this beloved animal.

Food intake by elephants depends upon seasons. Their daily consumption of food during the dry season is 150-170 kg but increases to 200-220 kg in the rainy season. Savannah elephants mainly eat grass and other vegetation while those in the forests survive on fruits and woody plants.

Water is an essential part of their diet since they can’t live for more than 24 hours without drinking.

African elephants have large ears and straight tusks. The forest elephant has round ears and is less hairy. However, all of these species are now endangered.

A female elephant gives birth every four years. However, it is fertile only for a few days in a year. The gestation period lasts for 22 months. Baby elephants are blind in the initial months and weigh about 112 kg.

The newborn calf is fed on the mother’s milk for a minimum of two years.

An elephant herd has about 5-1000 individuals which are led by a female matriarch. The females care for their calves and help other group members find food.

Elephants communicate by stamping their feet.

The tusks of elephants are incisor teeth that are used for digging and lifting objects. In Asia, only male elephants have tusks but in Africa, female elephant carries small tusks that weigh no more than 18 kg. Elephants’ teeth wear out quickly and are replaced by the new sets.

Elephants have wrinkled skin. This helps them regulate their body temperature.

This also keeps the skin moist for a longer period of time.

Trunk is an extremely mobile part of an elephant’s body. It doesn’t have any bones but contains more than 40,000 tendons as well as tendons.

An elephant uses its trunk to collect water, grab things, give it a shower, sniff at a long distance, etc.

Elephants have flat feet. This helps them walk quietly. Each foot of this animal has five toes. But, every toe does not have a nail.

Their straight legs support their entire body weight. Because of this, they sometimes develop foot problems.

But the weight of an Asian male elephant is 5 tons and that of a female is 3 tons.

Elephants are very intelligent animals. Studies show that their brains are superior to humans. Their hippocampus is quite developed.

Because of this, they are able to show signs of humor, compassion, playfulness, grief, etc. The animal can also keep a track of multiple objects.

Top 10 Tips on How to Surf the Net Safely

Top 10 Famous People Who Have Been Institutionalized