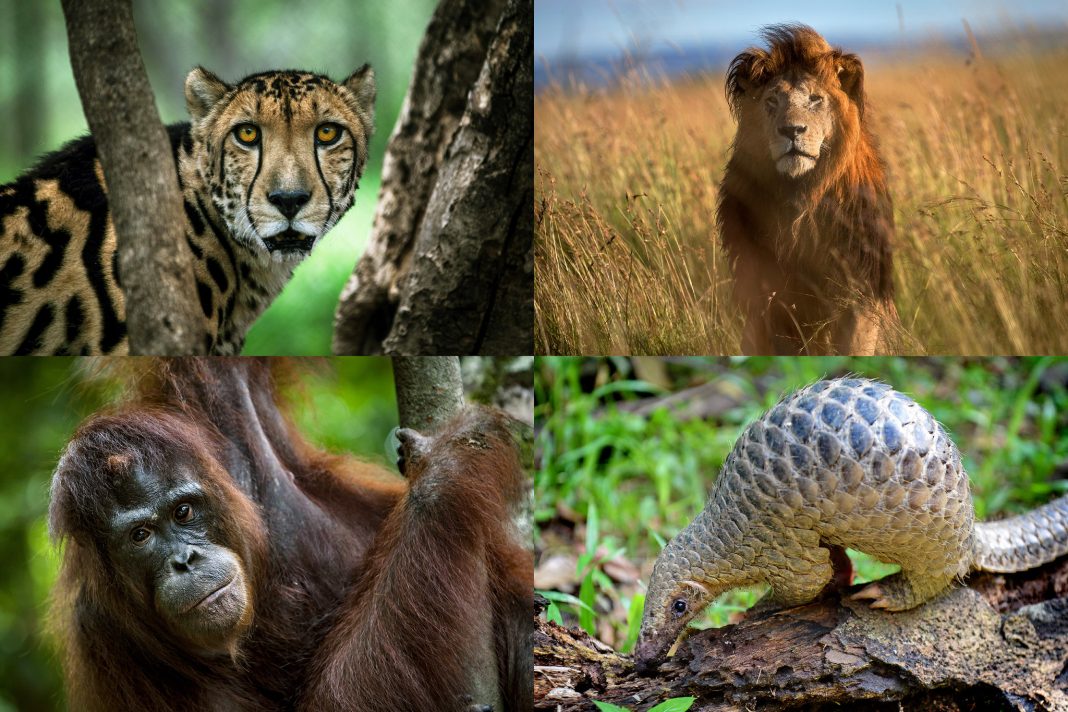 The earth is said to have about 30 million different animal species living in its land and seas. If you come to think of it, 30 million is quite a large number however this number doesn’t really matter, what matters most is the number of animal species that are about to go extinct. So here are the top 10 Endangered Species people should be aware of.

It was said to only have 4 left but since it has not been seen for a while now, it could be that this specie may have already be gone.

Just like the White Rhino, Baiji could also be extinct for it has not been seen since 2006 during a small expedition.

If Baiji has already been extinct then this specie could be the 1st ever recorded and studied aquatic mammal humans have closed encountered.

This Sunda Rhino is said to have only one left in the wild yet no one has claimed to see this large mammal.

Despite having a life expectancy of 30-45 years, the Javan/Sunda Rhino may not live this long due to poaching.

This primate is said to have only 30 individuals left. Unfortunately, though some were bred in some zoos in Europe, no reported successful birth was recorded since 2009 and 2010.

The number of this specie is critical.

This croc has not been vigorously studied by humans and although it still has few individuals left,

this croc is still considered to be one of the most endangered, therefore this specie was extirpated.

This furry leopard can be found in the snowy remote area of Russia with only 19 to 26 individuals left.

This census is quite alarming.

The male specie was last seen in the wild in 2000. It is reported that the earth currently houses 93 Spix’s Macaw.

and is also critically endangered and for possible extinction too.

Contributing factors were of course human activities and pollution.

This beautiful cat is critically endangered and that is all because of their diet. This big cat is not flexible enough to alter its diet hence when the number of its main prey was reduced in the 20th century, the number of these cats was vastly affected too.

Right now, this specie has 309 left and is feared to be the first-ever feline specie to become extinct if not taken care of.

This omnivore is rarely seen in action. Mostly hiding and would only go out to eat either plants or animals. Back in 1908, this very rare turtle was claimed to be extinct.

However, when this same specie was seen in the market in 1994, researchers claimed that few are still left. 14 Arakan turtles were captivated and successfully breed.

Be Aware and Care for our Living Creatures

Imagine living a life with all these endangered species gone, no real-life animals to boasts to our future generation which is totally sad. Future generations will only see these creatures on television, in magazines, in books, and on the Internet. This is why humans should start caring for different creatures, may it be wild or not as this is the Gift of our omnipotent creator.

Top 10 Reasons Why the Nursing Profession is for You