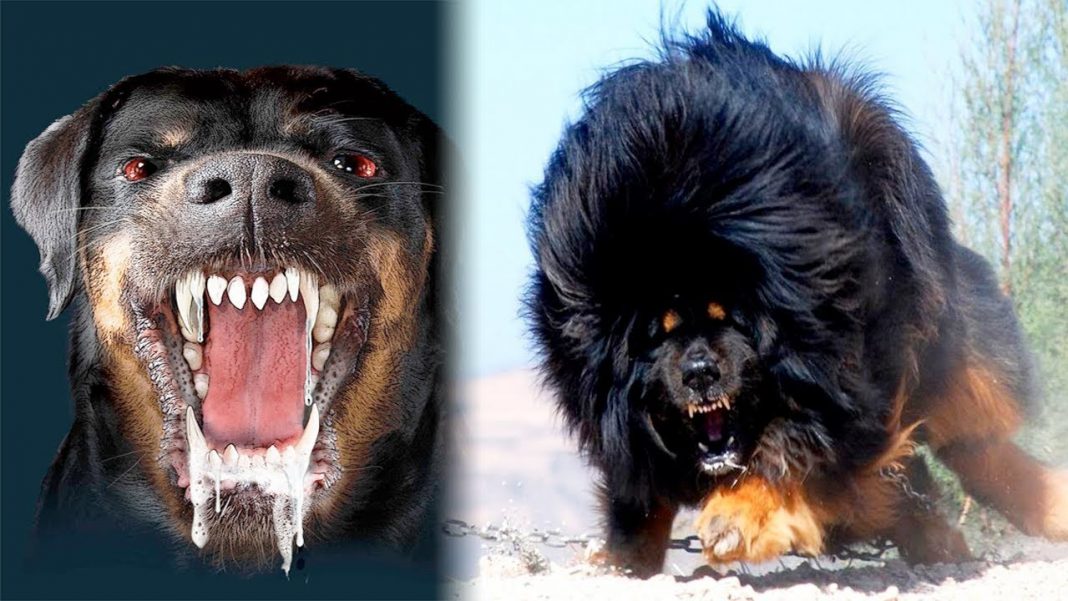 A dog is a man’s best friend. But what happens when a dog becomes a danger to his master? Here are the top 10 dog breeds that have brought terror to the lives of some dog owners.

German shepherds are very intelligent and most valued as police and military dogs. They are very aggressive dogs who are very protective of their human family. Statistics have shown that they are most likely to bite and become aggressive against their owner or someone in the household.

This breed is also used as police dogs and guard dogs. Centuries ago, Rottweilers have also been used as herding dogs by the Roman Empire. They are very strong and aggressive and these qualities make them dangerous and deadly.

Make sure to hire professional help to train your Rottweilers and keep them socialized. Just be vigilant of its temperament when you want this for a pet in your own home.

Dobermans make great guard dogs. They are very strong and they are likely to bite another dog than a human. But human deaths have still been reported as a result of these attacks.

They are valued for their great loyalty to their owners but are scary-looking enough to keep trespassers from entering.

A Bullmastiff’s size can already be a hazard, especially to children. They have also been trained to be guard dogs in large England estates many decades ago. But despite being an excellent pet, there are still reports of human attacks.

The Bullmastiff reacts aggressively when it believes that its human family is endangered.

The Cane Corso breed is popular for being a guard and hunting dog. They are very athletic and strong and likes to bond with their owner.

This breed has a tendency to react even in unprovoked situations and that poses a great danger to children and guests in the home. Extensive research should be done properly when deciding to have a Cane Corso for a pet.

This Japanese dog was originally bred as a fighting dog. It possesses an aggressive trait that has been valued in the ring. This dog has actually been banned in some places including cities like Hong Kong.

The Tosa Inu has powerful jaws and a build that weighs 135 pounds, which can be very dangerous. Some of the reported attacks have been made by the dog owners themselves.

This breed possesses a formidable appearance paired with an aggressive temperament that is dangerous. The dog must be properly trained to obey all members of the family.

This breed may be a dangerous one for a pet because they are hard to control and remains overly aggressive. Just be vigilant for this breed’s response when it knows it has been threatened.

The danger lies in their so-called “locking jaws”, but it is only the way they show how they bite, hold and shake and refuses to let go or release. They have well-developed muscles and strong jaws that can be frightening to anyone near.

Great Danes can pose a threat to anyone due its formidable size and height. It can weigh up to 200 pounds and can stand as tall as 86 cm tall. They can be very dangerous if not cared for properly. They are so large that they were nicknamed the “Gentle Giant” for their sweet and loyal nature too.

But despite their good qualities, there were numerous reports of attacks made by them. Professional training is important if you want a great dog like the Great Dane.

Boxers are well known to be descendants of hunting dogs. They were even used as an attack and guard dog in World War I. They are known for their powerful bites and strong jaws ideal for hanging on to very large prey. They make great protective guard dogs, especially for families. They are also loyal, cheerful, bright, energetic, and playful and can be very good with children.

They can be “headstrong” that even obedience training can have its limits too. Human fatalities have been reported, though, made by this breed.

Making pets out of these dog breeds which have been repeatedly described as dangerous would require proper training and care. These are wonderful dogs that had just gone astray for lack of proper attention. But if their aggressive behaviors have mellowed down, they would make loyal companions for as long as they live.

Top 10 Benefits of Walking Every Day