Top 10 Most Dangerous Volcanoes in the World 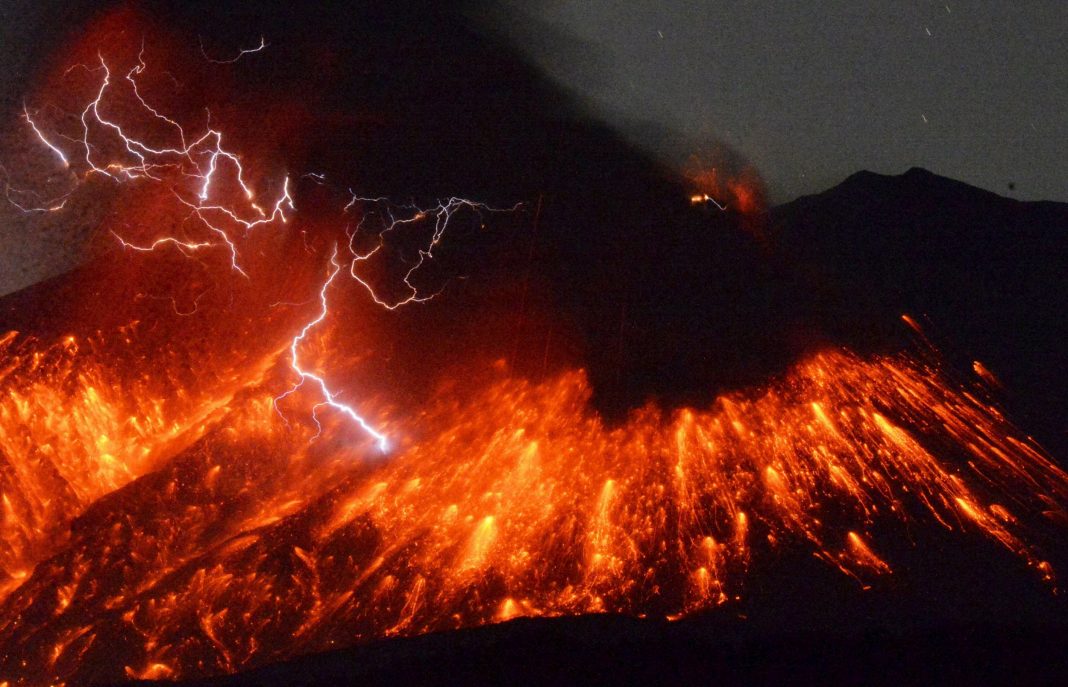 Volcanoes are there to be admired every time you see one. But they can also be dangerous, destructive and something to be feared. They have the capacity to wipe a whole city, cause havoc among citizens and kill at the same time. Volcanoes can be beautiful, but they can also become deadly when nature takes its course.

Ulawun volcano is located on the island of New Britain, Papua New Guinea. It has a height of 2,334 meters and is considered the highest mountain in the Bismarck archipelago.

Ulawun is one of the most active volcanoes in Papua New Guinea with its first recorded eruption in the early 1700 and has erupted 22 times since then. It had constant activity these last few years, but only with small explosions.

The Mauna Loa is one of the five volcanoes that line up to make the island of Hawaii. It is also considered the largest volcano in the world.

It has been known that the Mauna Loa has been erupting since 700,000 years ago. Its recent eruption was in 1984 and has remained silent ever since.

Taal is a volcano located on the island of Luzon in the Philippines. It is considered the second most active volcano in the country and has been reported to have 33 total eruptions since 1572.

Its biggest and most recent eruption was in 1977 that killed 100 people in nearby villages. Years after the eruptions, rich vegetation has flourished on previously barren land.

The Galeras Volcano is located in the Colombian Department of Narino, near the capital Pasto. Its first eruption was dated back to December 7, 1580, as recorded.

It is also one of the most active volcanoes in Colombia with a summit reaching up to 4,276 meters above sea level. Its most recent eruption was on August 31, 2010, with the presence of ash plume in the sky.

Mount Merapi is located near the border of Central Java and Yogyakarta. It is considered one out of the 129 most active volcanoes in Indonesia, with its latest eruption just on November 18, 2013.

Small eruptions usually occur every three to four years while the more destructive ones occur every ten to fifteen years.

Mount Rainier is considered to be the highest mountain of the Cascade Range of the Pacific Northwest and in the state of Washington.

The volcano has also been considered one of the most dangerous, being on the Decade Volcano List. Mount Rainier has remained an active volcano but has remained quiet since its recent volcanic eruption in 1820 and 1854.

Mount Nyiragongo is located in the Virunga National Park in the Democratic Republic of Congo. It has already erupted 34 times since 1882. Its most recent eruption was on January 17, 2002, where lava reached the outskirts of Goma.

147 people died due to asphyxiation from carbon dioxide and collapsed buildings resulting from the earthquakes and lava. It was the most devastating destruction ever recorded in history.

Its magma chamber is still active today but no future eruptions have been detected but not entirely ruled out. That is why the Yellowstone Supervolcano is closely being monitored up to this day for any changes.

Sakurajima or Sakurashima is one of the most active volcanoes in the world, located in southern Kyushu, specifically across Kagoshima Bay. Sakurajima’s volcanic activity has been recorded since the early 8th century.

The biggest eruption ever to happen was in 1471-1476. It is now closely monitored due to its explosive potential during an eruption which can be very dangerous.

Mount Vesuvius is the only active volcano in Europe. It is located on the West coast of Italy overlooking the Bay and the City of Naples. The volcano is most famous for eradicating the entire cities of Pompeii and Herculaneum in its 79 AD eruption.

Its last recorded eruption was in 1944 during World War II, when it destroyed numerous planes and claimed many lives.

These are the names of the imposing volcanoes that have gone down in history. Up to this day, people are still in awe of its beauty and the devastation it can create. But the eruptions have paved a way for scientific studies that have helped in understanding them better. But despite the knowledge, you will learn about these volcanoes, it does not change the fact that they remain to be dangerous natural structures ever created.