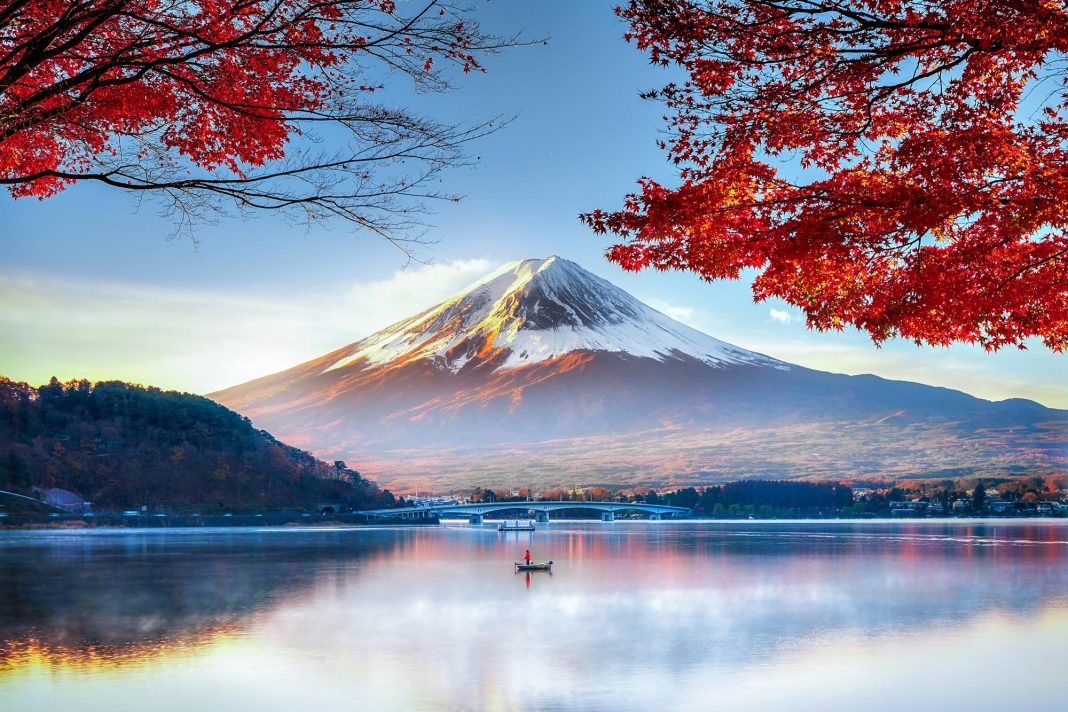 Japan has always been synonymous with sushi, ramen, samurai, and Sakura. But there‘s more to Japan than all of these. Explore the beauty of this majestic place, through its most visited tourist spots such as Imperial palaces, shrines, gardens, food, culture, and Japanese people.

It is a Buddhist temple located in the Higashiyama District of Kyoto, Japan. It is also known by its other name, the “Hall of the Lotus King”. The temple was completed in 1164 and was built under the supervision of Emperor Go-Shirakawa. It houses the main deity of the temple, which is Sahasrabhuja-Arya-Avalokitesvara.

It is also called the “Thousand Armed Kannon Statues”, and is considered as a national treasure of Japan.

Yakushima belongs to the Kagoshima Prefecture of Japan. It is one of the Osumi islands and has an area of about 504.88 square kilometers. You can get through the island through a hydrofoil ferry, slow car ferry or by air.

It displays a rich flora, consisting of about 1,900 species. It also contains a mystical ancient forest.

Arashiyama is located in Kyoto, Japan. It is considered a national historic site and a place of scenic beauty. There is also the Iwatayama Monkey Park, located in the same place, which is home to about 170 monkeys.

Visitors are allowed to approach and take photographs of the monkeys, as they are already accustomed to humans. There are also other sites to see at Arashiyama that you need to see.

The Tokyo Tower is located in Minato, Tokyo, Japan. It is an observation and a communications tower, which acts as a support structure for an antenna. The tower is considered to be the second tallest building in Japan.

It was built in 1958, intended for use in television broadcasting. It is a member of the “World Federation of Great Towers”.

This castle is located in Nagoya, Central Japan. It is considered one of the most important castles during the Edo period that served as the seat of the ruling Owari Tokugawa family. The castle was built in 1612 and has since been a source of power and pride. At the top of the tower, there is a pair of golden shachihoko or creatures with tiger-like heads.

These are gigantic carvings measuring about 2.5 meters high and weighs about 1.2 tons. Nagoya castle is a landmark, that is very rich in history.

The Spa Land is an amusement park with roller coasters, thrill rides, kid rides, a giant Ferris wheel, and the famous water park, which is really great for kids and adults alike.

It is located in the Kuwana Mie Prefecture, Japan. It is about 295 feet tall and 83 meters in diameter. Another attraction in the Spa Land is its hot spring complex. There is also a shopping mall located within its grounds and a flower park called Nabana no Sato.

This memorial site is often called the Atomic Bomb Dome. It is located in Hiroshima, which serves as a memorial for those 70,000 people, who have died during the atomic bombing that occurred in Hiroshima on August 6, 1945.

In 1996, the place was designated as a UNESCO Heritage Site.

The Shinjuku Gyoen National Garden is a large park with gardens in Shinjuyu and Shibuya, Tokyo. The place used to be the residence of the Naito family during the Edo period, but later on became a garden many years after. The Shinjuku Gyoen is about 58.3 hectares and has three styles of gardens, namely, the French

Formal, English Landscape, and the Japanese Traditional, all of which are beautiful gardens. A Japanese tea house can also be found within the gardens.

This is known to be the head shrine of Inari, the patron of business, manufacturers and merchants. Inari is also known as the god of rice. It is located in Fushimi-ku, Kyoto, at the base of the mountain called, Inari.

The shrine attracts millions of worshipers every year, the most during the Japanese New Year.

Mount Fuji is an active stratovolcano that is located in Honshu island. It is about 12,389 feet, making it the tallest mountain in Japan. Mount Fuji is part of the “Three Holy Mountains”. The other two mountains are called Mount Tate and Mount Haku. It has been a UNESCO World Heritage Site since 2013. The mountain has also been a source of inspiration for many literary works and Japanese art.

It is called by other names, such as Fujiyama, Fuji-san, or Mt. Fujiyama. Mount Fuji has also been deemed a sacred mountain since ancient times.

Reading the beauty of Japan on a page is never enough for the thrill seeker and traveler in you. So, go and explore Japan at your leisure. It would always be an experience you will never ever forget.