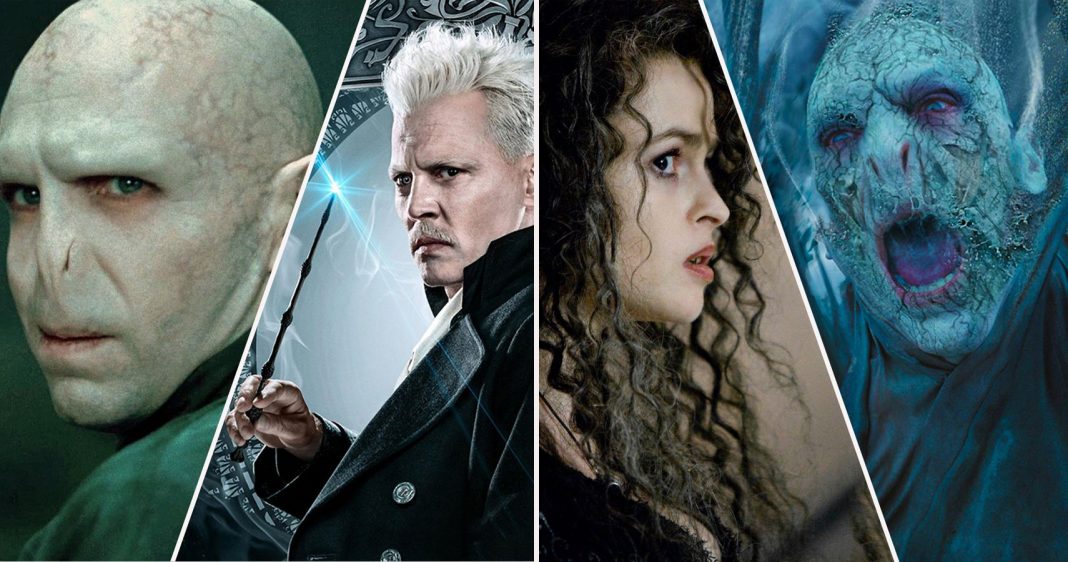 The Harry Potter books have given us a way to free our imagination and let it run wild. It made us laugh, cry, and enjoy every page. It even made us have our own favorite characters. But, of course, if there are good characters, there will always be bad ones. Here are some of the most annoying, scary, and creepy characters in the books.

Snape was the Potions Master at Hogwart’s School of Witchcraft and Wizardry. He was oftentimes sarcastic and hostile towards Harry Potter even from the start. Snape was known to find fault with Harry Potter, Hermoine Granger, and Ron Weasley.

He was also seen as a partisan teacher who favored the Slytherin House, among the other Houses.

Rita Skeeter was a witch journalist, who writes for the Daily Prophet, that uses a poison pen to write fabricated stories about her subject.

The stories are often malicious and exaggerated, other times, misinterpreted and dishonest.

The Dursleys are Harry’s Muggle family. Lily was Mrs. Dursley’s sister, and the latter hated her for being a witch. So, when Lily died, Harry was left in their care. But, the boy who lived in the cupboard under the stairs, had a miserable life with the Dursleys. They treated him badly, with fear and negligence, knowing that he is a half wizard.

They also kept from Harry, the magical world of witchcraft and wizardry which he only knew about when he turned 11 years old.

Grindelwald was considered one of the best Dark Wizards and is a friend of Albus Dumbledore. He possesses the Elder Wand, which he stole from Grogorovich.

He has committed numerous crimes and murders in the past. Lord Voldemort killed him when he refused to give information regarding the Elder Wand.

Peter Pettigrew or better known as “Wormtail”. He was unpopular in school and quite ordinary. In order for him to get into the “in” crowd, he was befriended James Potter, Sirius Black, Remus Lupin and were known as “the Marauders”.

But, he betrayed them all when he sided with Lord Voldemort. He was also an Animagus, which can transform himself into a rat.

Bartemius “Barty” Crouch Jr. is a pure-blood wizard and son of Bartemius Crouch Sr. He left Hogwarts to become a Death Eater and sided with “the Dark Lord”. He tortured Neville Longbottom’s parents, Frank and Alice, using the Cruciatus Curse. It drove the two to insanity.

He was sent to Azkaban by his own father, along with the other Death Eaters.

Bellatrix Lestrange was a dangerous and sadistic pure-blood witch. She joined the Death Eaters the moment she graduated from Hogwarts. She was a fanatic of Lord Voldemort and was one of his most loyal followers. She was sent to Azkaban, for torturing the Longbottoms together with Barty Crouch Jr.

She escaped the prison along with other Death Eaters during a mass break-out and awaited the return of Lord Voldemort.

Dementors are non-beings that suck the life out of those they come in contact with. They delight in despair and decay. They drain you of happiness, peace, and hope when they are around. It fuels them and makes you depressed, in turn. A dementor can also consume the soul of a human being and leave that person in a vegetable state.

They are employed to guard Azkaban to keep prisoners from ever escaping. They have no loyalty, they only give it to those who can give them the most people to feed on.

Voldemort is the one they refer to as “He Who Must Not Be Named”, was the most powerful Dark Wizard of all time. He was half Muggle, that is why he detests non-magic people so much. In order to attain immortality, Voldemort created seven Horcruxes, which hides a fragment of a witch’s or a wizard’s soul inside an object. He had a total of eight Horcruxes, the eight he created unintentionally.

In order to rip your soul in a fragment, one has to kill and commit murder. And so, Voldemort has done so on various occasions.

Dolores Umbridge became Hogwart’s School of Witchcraft and Wizardry’s headmistress. She was annoying and loved to wear pink. Even her office interiors are pink. Umbridge’s reign as headmistress was characterized by cruelty and abusive punishments against the students. She was loathed by all the students because of her interfering and condescending ways.

She also sent a lot of Muggles to prison. This resulted in her being sent to Azkaban for the crimes against the non-magic folk.

Harry Potter is not only a book to satisfy your craving for an adventure book. It also teaches important values like bravery, courage, love, and family. And it teaches us that good always triumphs over evil.

Top 10 Romantic Places Around the World

Top 10 Reasons Why You Should Eat Home Cooked Meals