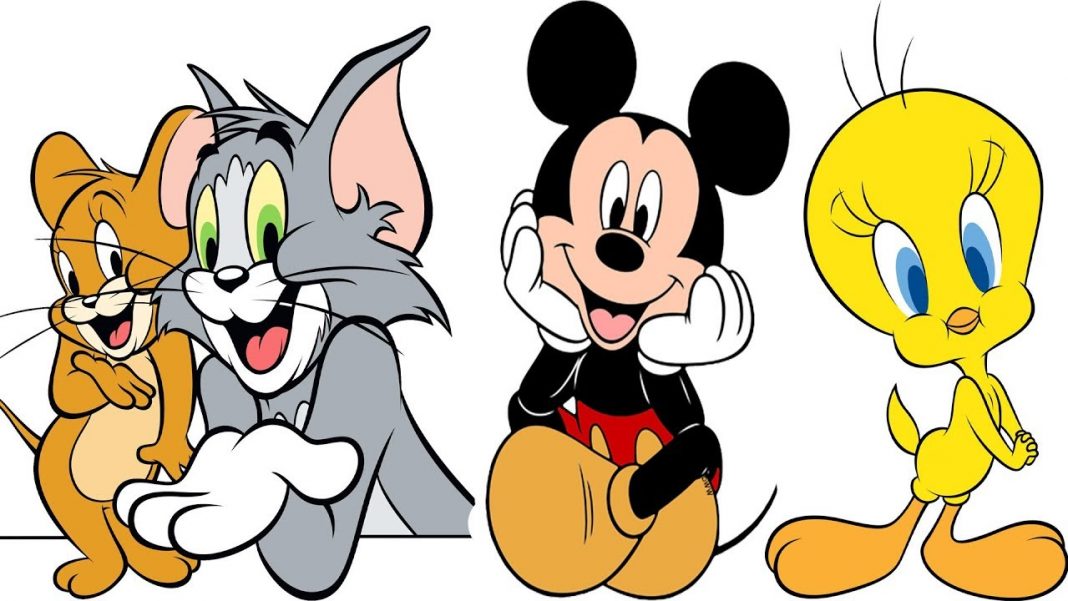 Children love superheroes and cartoons are the easiest and the cheapest way to bring them the closest to reality. It is quite normal for kids to like cartoons because that is most of the film they can comprehend owing to their limited understanding. However, some cartoon characters in action are even enjoyed by adults. That is when you know about the caliber of the character and more importantly about its owner.

Below is a list of the top cartoon characters that have ever appeared on TV.

The favorite character of kids and adults alike, Bugs Bunny can be the words “What’s up doc”, if not by his voice or his long ears.

The most extreme ways with which he deals with his enemies are what made this rabbit famous.

He hasn’t lost any of his 3 hairs even after being on the screen for more than 20 years. Based on the father of Matt Groening (the creator of The Simpsons), Homer Simpson is probably not the best father but there is no doubt that he tries.

And in the process goes through some hilarious ordeals. His comedic reaction to tricky situations is what has made him famous.

One of the first cartoon characters that appeared on TV, Mickey Mouse began in black and white in a 1928 episode called Steamboat Willie.

The first voice actor of Mickey Mouse was in fact the legendary Walt Disney himself.

Everyone who has watched Bart must secretly wish he was him. This is how much of a phenomenon he has become after over 20 years of being on screen without aging a single day.

He may be a prankster but his loyalty as a friend and a brother cannot be doubted.

Another cartoon character that started its life in comic strips, Charlie Brown first appeared on TV in 1965 in a Charlie Brown Christmas.

This kid, who is not so popular in society, does not play a lot of sports, and has a crush on the redheaded girl, gives us the chills every time we watch him on the screen or on the strips.

Fred Flintstones might remind some people about Homer Simpson from The Simpsons.

This primitive caveman was arguably the first animated character together with his best bud Barney who had a somewhat hotwife.

The grouchy green cave-dweller jumped from the pages of comic books to TV quite easily.

It has lately appeared on the Looney Tunes show on Cartoon Network.

Like most of the cartoon characters out on TV, Popeye was first featured in comic books. Because he first appeared on TV in 1933, he is recognizable by many generations.

He is particularly known by his catchphrase “well, blow me down” and his loud chuckle.

We all want the roadrunner to escape but we also feel sorry for this skinny little coyote who just does not want to give up.

This is what is so special about this character, he keeps us guessing and we are never sure what we want.

We just can’t get enough of these two characters in their typical comedic action.