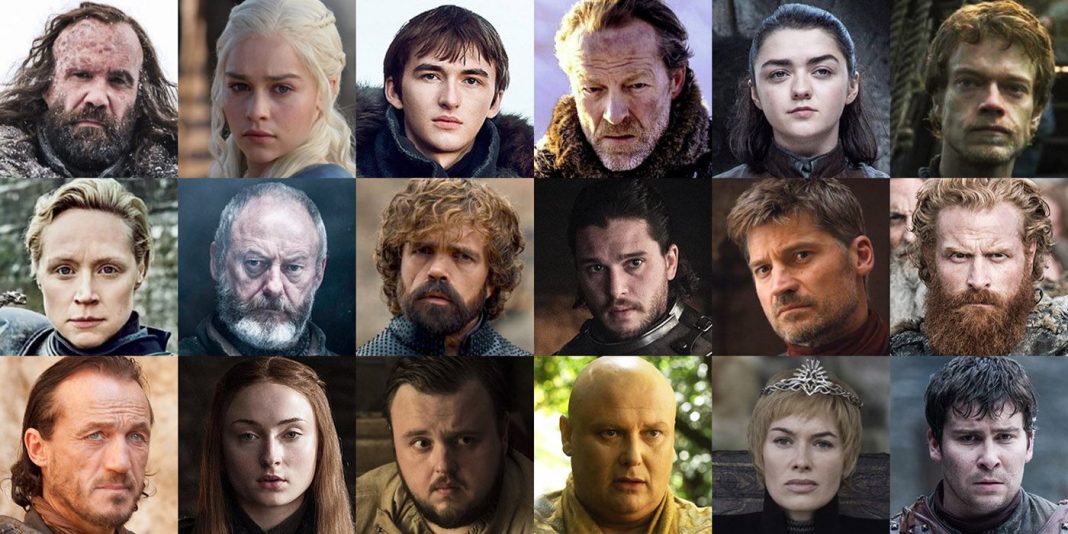 Game of Thrones is the hottest show on HBO right now. An original series depicted from the books of George R.R Martin. It is an exciting story full of twists and turns and brutal deaths you never want to miss and that includes the great characters that play a big part in the game of thrones. Here are the top 10 best characters in the series.

The massacre was named the “Red Wedding” for those who were loyal to the Starks, including Robb Stark and his wife Talisa, who died a bloody death while Walder Frey watched it unfold. It was a moment of mourning for all the fans of the show and of her.

The beloved matriarch of the Starks, Catelyn Stark’s death was a tragedy for all.

Daenerys Targaryen played by Emilia Clarke, is the only surviving descendant of Aerys II Targaryan. During Robert Baratheon’s rebellion, the Targaryen king was removed from the Iron Throne. Daenerys’ mother fled to Dragonstone and while she gave birth to her.

She was sold to the Dothraki Khal Drogo for marriage by her brother Viserys, but she was later left widowed and childless. She is also called the Mother of Dragons.

Most popularly known as Littlefinger, he is famous for his scheming ways that is why he can never be trusted. He is wealthy due to the numerous brothels he owns and operates. He is loyal to the Lannister’s and that may have compelled him to betray Eddard Stark and had him beheaded in front of his daughter, Sansa.

He married Lysa Arryn whom he later murdered and later became Lord Protector of the Vale.

A red-haired beauty and a Wildling, Ygritte was a spearwife of Mance Rayder’s army and has quite an excellent aim with a bow and arrow. She was the love interest of Jon Snow in the story.

She later died, with an arrow in her back during the wilding attack on Castle Black, in the arms of her one true love Jon.

She was a member of Renly Barratheon’s Kingsguard before he was murdered. She, later on, became the sworn sword of Catelyn Stark, who by that time, had Jamie Lannister as a prisoner. Brienne was given the task of returning Jamie Lannister to King’s Landing in exchange for her daughters Sansa and Arya Stark.

When Catelyn Stark died, she pursued the search for the missing Starks up until now.

She is the only daughter of Tywin Lannister and the widow of King Robert Baratheon. She has an incestuous relationship with her twin brother Jamie Lannister and produced 3 offsprings namely, Joffrey, Myrcella, and Tommen.

They are illegitimate children bound to take the Iron Throne. She was often complimented on her great beauty.

He is one of the most respected figures in Westeros. Tywin is very intelligent and great values and maintains the Lannister name. He is also head of Casterly Rock and the Hand of The King during Joffrey Baratheon’s reign. He loathes his son Tyrion, the imp, for embarrassing the family name through his constant drunken state and whoring.

He has one of the most undignified deaths in the series. He was killed by Tyrion with an arrow through his heart while using the toilet.

Arya Stark is one of the daughters of Eddard and Catelyn Stark. She is an adventurous girl with a love for sword fighting, martial arts, and horse riding. She is quite adept in all of these things and is not the least bit interested in any womanly accomplishments befitting a lady of noble birth.

Tyrion Lannister or most popularly know as “the Imp”, is a brother to Cersei and Jamie Lannister. His father, Tywin Lannister, hates him so much for causing the death of his wife Joanna Lannister while giving birth to him. He loves to read books and he is very intelligent. He played a great part in the defeat of Stannis Baratheon’s army during the Battle of the Blackwater but Tywin Lannister took all the recognition that should have been his.

Tyrion is a drunk and a regular at brothels where he spends most of his time.

Jon Snow , played by Kit Harrington, is the bastard son of Eddard Stark and has been an outcast all of his life. He has an albino for a direwolf called Ghost and later on went to join the Night’s Watch. He is a skilled horse rider and swordsman and is known for his bravery and quick thinking.

He also has inherent leadership values which benefited the Night’s Watch during the Wilding attack, where he led them to victory.

These characters are just 10 of the coolest characters you would ever want to play if given the chance. But until you do play a part, you just have to enjoy how the characters’ play their roles in a game of deceit, lies, betrayal, triumph, and love that is The Game Of Thrones.

Top 10 Reasons to Be Happy