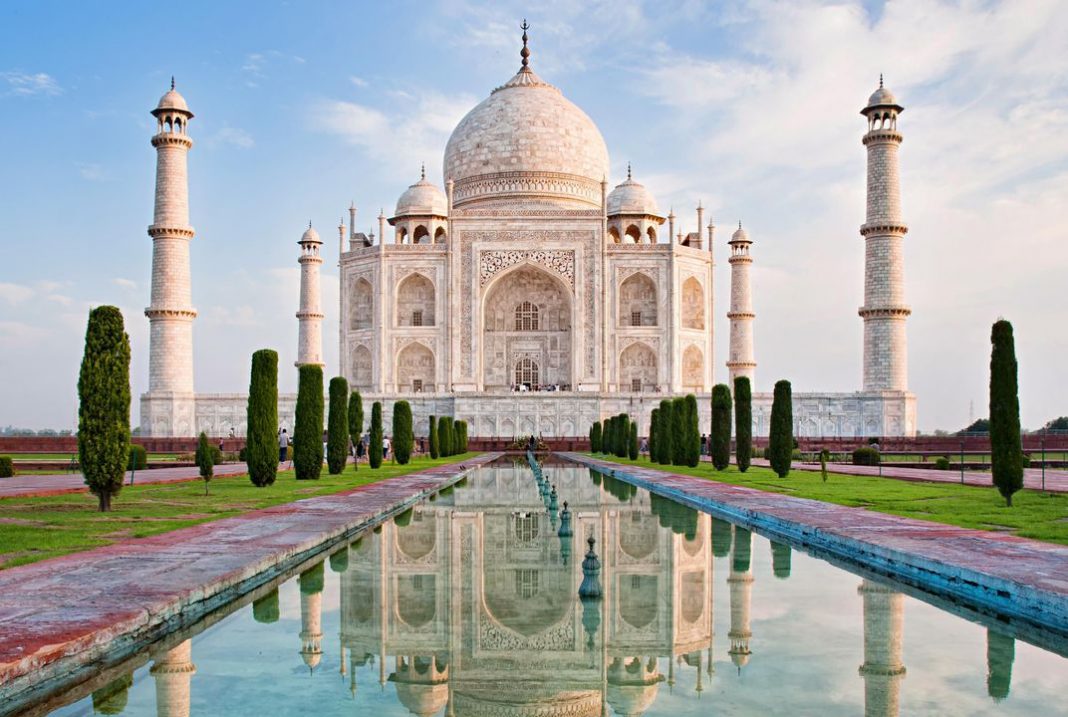 Get to know India with beautiful buildings and architecture they have to offer. It is actually one of the most visited places in Asia because of the impressive infrastructures and culture, that they are known for. Here are some of the most sought-after tourist spots in this country.

The Mehrangarh Fort is the largest fort located in Jodhpur, India. It was built in the year 1460 by Rao Jodha. Beautiful palaces that famous for their intricate carvings and designs are enclosed by its thick walls.

The Mehrangarh Museum is one of the most well-stocked galleries in the world with numerous paintings and other notable art pieces.

The Lotus Temple is a Baha’i House of worship located in New Delhi, India. It was built and completed in 1986. The temple is famous for its flower-shaped dome and has been the subject of various newspapers and magazine articles.

The Lotus Temple is a house of worship for everybody regardless of religious beliefs. It has attracted more than 70 million visitors from around the world.

The City Palace in Jaipur is also home to the Chandra Mahal and Mubarak Mahal palaces. It was built by Sawai Jai Singh II and then completed around 1732. The majority of the Chandra Mahal still serves as a royal residence, while the smaller part of it houses a museum.

The city palace not only houses several palaces but also pavilions, gardens, and temples that worth visiting.

Golkonda is also known as Golla Konda, which means Sheperd’s hill. It is a fort and capital of the sultanate of the Qutb Shahi dynasty. This part of India is well known for their mines, which has provided the world with some of the most famous diamonds, most notably the Hope Diamonds.

The fort has also been listed as one of the official “List of Monuments” by the Archaeological Survey of India. Inside the Golkonda, there are royal apartments, temples, mosques, and more.

The Lake Palace is located in Lake Pichola, Udaipur, India. It was built by Maharana Jagat Singh in 1743 and was completed in 1746. It is a luxury hotel that has white marbled walls and consists of 83 rooms. The hotel spans about 4 acres.

A speed boat ride is necessary to transport guests to and from the hotel. It is named the most romantic hotel in India.

The Humayun’s Tomb is the final resting place of the Mughal Emperor, Humayun. The tomb is located in New Delhi, India, and was built in 1569 by Humayun’s wife Bega Begum. It was the first-ever garden-tomb in India.

The tomb has been a UNESCO World Heritage Site since 1993. The tomb does not only house Humayun’s but also that of Bega Begum as well.

The name Red Fort was given because its walls are made of red sandstone. Due to its history as a residence for the Imperial family, it was used to be called the Blessed Fort.

The Harmandir Sahib is located in Amritsar, Punjab. It was founded by the Sikh guru named, Guru Ram Das in 1574. The place is also known by its other name, “Golden Temple”. The temple is considered holy by the Sikhs and has over 100,000 visitors come every day.

The purpose of constructing the temple is to provide a place of worship for everyone, regardless of religion, to worship God.

The Amber Palace, which is also called Amer Palace is located high up on a hill in Amer, Jaipur, India. The palace is made of red sandstone and marble. Its design depends solely on Hindu elements. The Amber Palace served as a residence for Rajput Maharajas and their families. About 5000 visitors come to the palace every day to witness its beauty.

It was also declared a UNESCO Heritage Site, along with five other forts located in Rajasthan.

The Taj Mahal is a mausoleum located on the southern bank of the Yamuna river in Agra, India. It is made of white marble and is home to the tomb of Mumtaz Mahal, who is the favorite wife of the Mughal emperor, Shah Jahan. The building was completed around 1643 and has served as one of the best examples of Mughal architecture.

It is also named as, “the jewel of Muslim art in India”. It is also a UNESCO World Heritage Site and attracts about 3 million visitors yearly.

India is one of the majestic countries to visit. Its buildings reflect the opulence and grandeur of life in India, then and now. These places and buildings are worth the visit when you get there, so make sure you do.