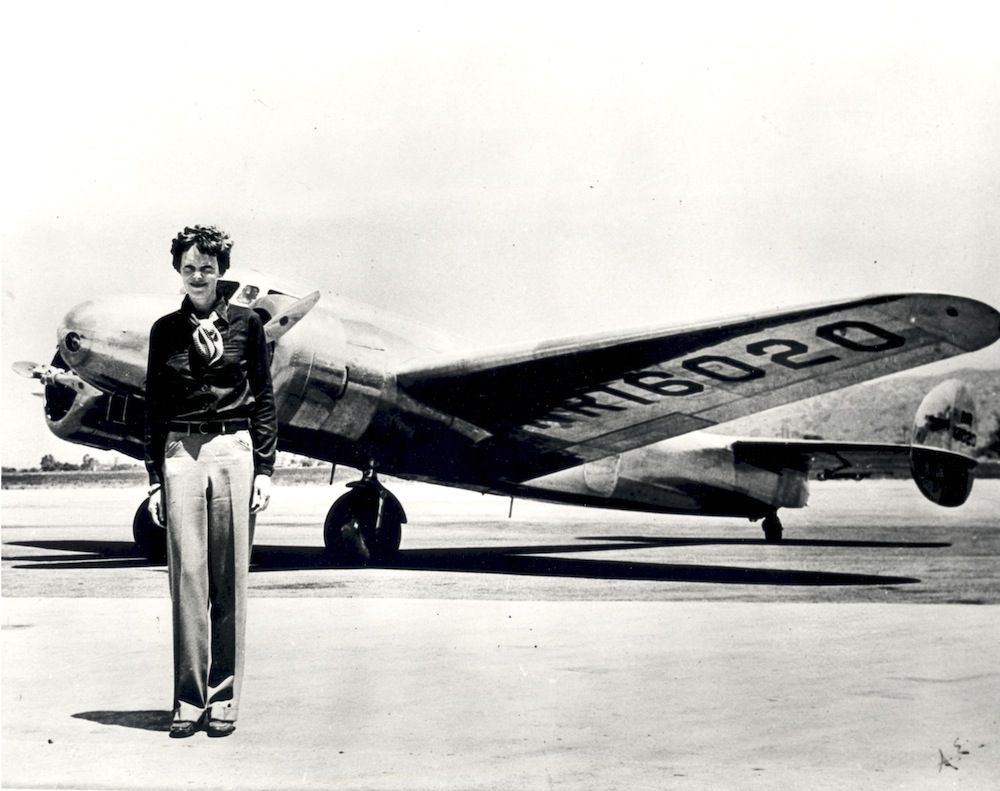 Their disappearing act was not by the hands of a magician. It is mysterious and has remained so, to this day. Find out the top ten disappearances in history that left us wondering how they managed to leave without a trace.

Amy Lynn Bradley was 24 years old at the time of her disappearance. She was an American aboard the Rhapsody of the Seas, while on a Caribbean Cruise with her parents. She was last seen on March 24, 1998 by her father, Ron Bradley, asleep on the deck.

There have been a lot of sightings of her which includes the one on a brothel, as reported by a member of the Navy. She told him her name and asked for help. It was suspected that Amy was sold into sexual slavery.

Louis Aime Augustin Le Prince was a French inventor and has been called the “Father of Cinematography”. He was the first one to shoot moving pictures on film. He mysteriously disappeared on September 16, 1890, while onboard a train.

His body and belongings were never found. He was 49 years old when he vanished into thin air.

Amelia Mary Earhart on July 24, 1897 in Atchison, Kansas. She was an American aviation pioneer and author and became the first female to fly alone across the Atlantic Ocean. She disappeared over the Pacific Ocean in her attempt to circumnavigate the world in her single-engine Lockheed Electra 10E in 1937.

She was also with Fred Noonan, who became her crew member on the way to Howland Island.

The MV Joyita was a merchant vessel that disappeared in 1955. The 25 passengers and crew mysteriously disappeared and were never found. The vessel was already reported in poor condition, with a radio that has a 2-mile radius and corroded pipes.

It was seen five weeks later partially submerged and with a total of four tons of cargo, missing. Up until now the crew and passengers are still reported missing.

Solomon Northup was famous for authoring the book titled, “12 Years a Slave”. He was a freeborn African-American citizen of New York but was kidnapped and sold into slavery to a planter, James H. Birch, in New Orleans. There he was enslaved for 12 long years.

He disappeared again sometime around 1857, which and people speculating about him getting kidnapped and sold into slavery again. In 1863, a letter had been sent to report that Northup was still alive.

The Malaysian Airlines Flight 370 disappearance has been the greatest mystery in the 21st century. It disappeared on March 8, 2014, while on its way to Beijing, China. The last voice contact is made with the air traffic control was when it was over the South China Sea.

Teresa Lynn Butler mysteriously disappeared on January 25, 2006. When her husband came home after working the night shift, Teresa was not home. Their two sons were left at home alone. Her jeep was still parked outside and no forced entry or struggle was reported.

Her purse and mobile phone have gone missing, as well as, the Playstation, video camera and car stereo. There have been no sightings of Teresa since then.

Diane Augat disappeared in April of 1998 in Odessa, Florida. She was last seen walking along US 19 on the 11th. Her mother received a phone message from Diane, asking for help while overhearing an ongoing struggle with another person. On April 15, the tip of Diane’s middle finger was found on the 11th, the place where she was last seen. Some of her clothes were also found neatly folded in a convenience store in Odessa.

In 2000, her brother’s girlfriend found a bag containing makeup, perfume, and toiletries, which her mother labeled as hers, but was never really confirmed.

Jean Elizabeth Spangler was an American dancer, model, and actress. She disappeared on October 7, 1949, when she went to see her ex-husband, Dexter Benner.

She was last seen by a store clerk, who said that Spangler looked like she was waiting for someone. After that, she was never seen again.

A group of hippies sets up camp in the middle of the Stonehenge structure in 1971. Their group was composed of Julia Ashton, Lucas Addams, Shary Wilson, Jr., Danniel Wilson, and Wilma Rupert. Their camping was interrupted by a thunderstorm. According to the witnesses, a policeman and a farmer made Stonehenge light up in an eerie blue light.

The campers were heard screaming, and as the witnesses rushed to the scene to help, they found no one in sight.

They may not make an appearance and clear things up for us. But hopefully, they are happy and safe now, wherever they may be.

Top 10 Tips and Tricks to Improve Your Career