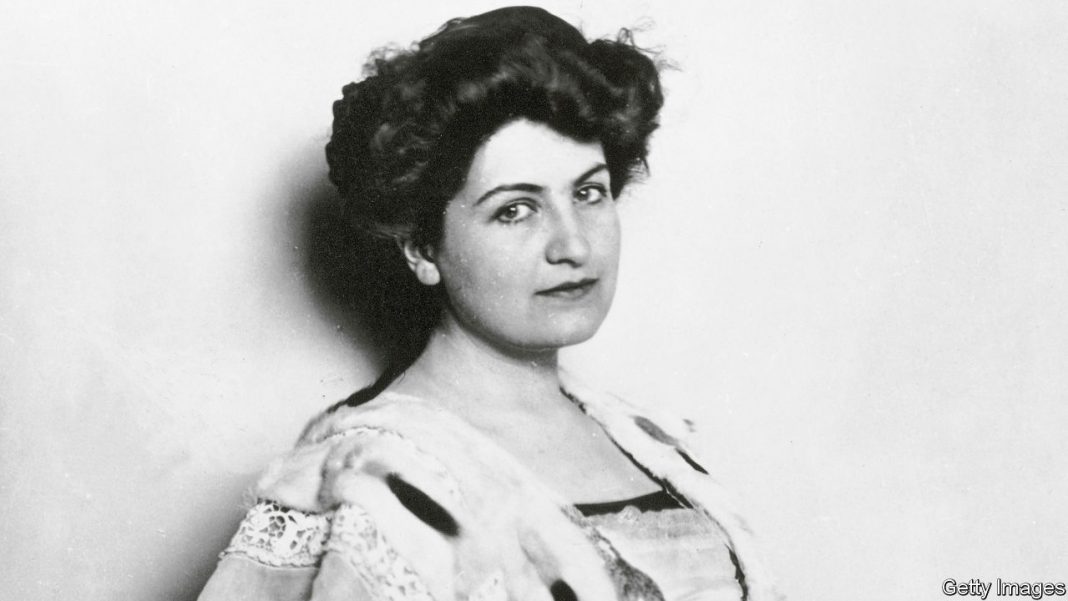 A lot of women have made a name in history, such as these scandalous women, who have made the rounds of gossip and news during their time. Here are the top ten women who defied society’s norms and have become legends.

Bettie Mae Page was born on April 22, 1923, in Nashville, Tennessee. She was an American model and was popularly known as the “Queen of Pin-ups”. She worked with various artists for pinup photos throughout the 1950s. She was described to have jet black hair, blue eyes.

Her trademark was her bangs that became an inspiration to many artists for generations to come. She also poses for S&M and bondage photos and was also dubbed the “Queen of Bondage”.

Bonnie Elizabeth Parker was born on October 1, 1910, in Rowena, Texas. Together with her partner Clyde Barrow, they robbed banks and small businesses and has murdered a total of 13 people. She became one of America’s Most Wanted criminals in the 1930’s.

They continually evaded from police raids, until they were finally killed in an ambush on May 23, 1934, in Gibsland, Louisiana. During the time of their death, souvenirs were made from locks of hair to even pieces of their clothing.

Sidonie, or most popularly known as Colette, was born on January 28, 1873. She married Henry Gaulthier-Villars and divorced in 1906. She was a French novelist and also a performer at music halls, especially at the Moulin Rouge. There she met Mathilde de Morny, a bisexual woman.

Bisexual relationships were taboo at that time, but the two were open about their romantic relationship. De Morny bought the manor of Rozven. This is where they spend time together and where Sidonie can write.

She was the last descendant of the Ptolemy dynasty. They said that she was not a great beauty, but was very intelligent, charismatic, and ambitious. She was well known for her scandalous affairs of two Roman leaders, Caesar and Mark Anthony. Cleopatra once rolled out of a carpet to be represented to Caesar. He was so mesmerized by her that she, later on, became his mistress and had a son with her.

She also seduced Mark Anthony by dressing up as the goddess Venus when they dined together, thus, tempting him to go to Alexandria with her.

Bessie was born on June 19, 1896, in Blue Ridge Summit, Pennsylvania. She was an American socialite, whose first husband was Earl Winfield Spencer Jr., a U.S. Navy aviator.

When she divorced Spencer, she was already in a relationship with Ernest Aldrich Simpson, who was an Anglo-American shipping executive. While still married to Simpson, she became the mistress of Prince Edward, the Duke of Windsor, who gave up the throne just to marry her.

She was considered to be the most eccentric celebrity of her time. She would travel to Venice, Rome, and Capri, to collect palaces and exotic animals. She has nude servants to attend to her and even at parties. Wax mannequins would grace her dining table as guests.

She also has a thing for live snakes, making them live jewelry around her neck. Casati is well known for her nighttime strolls when she would walk around naked under furs, with cheetahs on diamond-encrusted leashes.

Nesbit was born on December 25, 1884, in Pittsburgh, Pennsylvania. She became one of the most sought after models in New York during her time.

Among those were famed artists Otto Sarony and Rudolf Eickemeyer. She was the star witness to the controversial Stanford White murder in 1906.

8. Mary I of England

Mary, I was born on February 18, 1516, in Greenwich, London. She was the daughter of King Henry VIII and Catherine of Aragon.

As she tried to bring England back to Roman Catholicism, she executed hundreds of Protestant leaders. The title “Bloody Mary” hailed from her bloody reign of terror during that time.

Angela Isadora Duncan was born on May 26 or 27, 1877 in San Francisco, California. She was an American dancer and first taught dance in her home.

She defied the norms of society by being bisexual. She also had children out of wedlock and got married to a Russian poet who was 18 years younger than her.

Alma was born on August 31, 1879, in Vienna, Austria. She was an Austrian socialite, muse, and composer. It was rumored that at 17 years old, she had an affair with the famous painter, the 35-year-old Gustav Klimt.

Her most famous affair was with the painter and playwright Oskar Kokoscha, who commissioned a life-size sex doll in her image and likeness after she refused him matrimony.

These women are commendable for their brave acts of going against tradition when women were no more than just trophies and in-charge of domestic duties. Their names would go down through history because of the difference they have made in women’s roles.