Top 10 Most Haunted Places on Earth 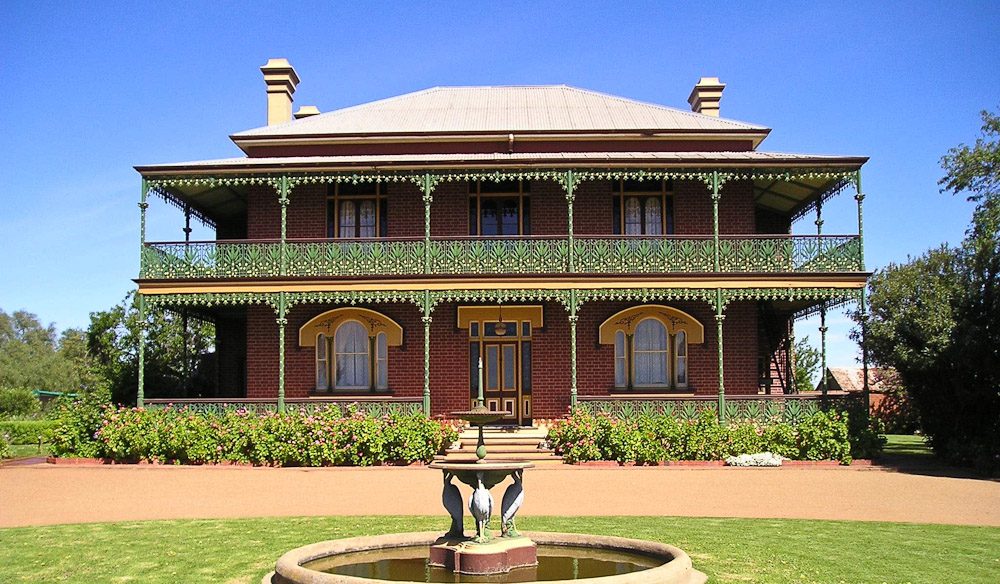 Sometimes, we all love a good scare from ghost stories and movies. But what if the ghost stories become reality in some of the places you happen to visit? Here are the top 10 most haunted places on earth.

The Monte Cristo Homestead is a historical property located in Australia. It is considered “Australia’s most haunted house” because of the numerous ghost sightings. This was probably due to the disastrous events that happened within its walls. One such story was about a pregnant maid that was pushed from the balcony.

Another one was about a stable boy who was burned to death while asleep. Lastly, there was also a tale about an infant girl that was thrown down the stairs.

The Castle of Good Hope is a star fort that is located in Cape Town, South Africa. St dreaded part of the house during the 17th century was the Donker Gat, which is a dungeon without windows.

Plenty of prisoners died from drowning, while the water level rose during winter floods. It is said that a 2-meter tall figure sometimes haunts the castle. Also, a black hound has been seen haunting the castle grounds.

The old Changi Hospital used to be a functional hospital back in the day. Now, it is filled with ghost sightings and ghost stories to tell.

The hospital is considered to be one of Singapore’s most haunted places. It is said that the place is haunted by the victims during the Japanese occupation.

The ancient Ramm Inn used to be a pub located in Gloucestershire, England. It was built in 1145 on a pagan burial ground, where child sacrifices were done and devil worship was practiced. Some guests have been visited by an incubus or a male sex demon.

The inn is reported to have 20 ghosts, which roam around the inn. The haunting of a little girl named, Rosie, who was murdered and that of a high priestess was among the top sightings.

The Fort George is a fortified summit of Citadel Hill, located in Nova Scotia, Canada. It is called the “most haunted place in Canada’s most haunted town”. The place has been haunted by French, American, British, and Canadian soldiers and their families as well.

Some occurrences include blinking lights, invisible push and pull by someone or something, phantom footsteps, shadowy figures, the feeling of being watched and other experiences that have been felt at the Citadel.

The Babenhausen barracks have been reportedly haunted by uniformed German soldiers who died during World War II. Paranormal activity has been felt throughout the place and manifests through the lights turning on and off.

Others can hear commands shouted in German in the middle of the night. It was also believed that a witch was burned at the stake in the 19th century. Her ghost sometimes seduces and kills German soldiers.

Lawang Sewu or a Thousand Doors is located in Semarang, Indonesia. The building is popular for its ghost haunting tales. A headless Dutch woman, who committed suicide, is said to roam the building.

The basement is also haunted by a kuntilanak, or a man with a ball and chain wrapped around the leg. Some tourists who come to visit the place just wanted to catch a glimpse of these ghosts.

The Edinburgh castle is a historical fortress located in Edinburgh, Scotland. It was the most besieged places and most attacked fortresses in the world. It has a reputation to be one of Scotland’s most haunted landmarks.

A phantom piper, a headless drummer, dead French prisoners, and colonial prisoners, are all residents of the castle. They have been seen roaming around the fortress and among its grounds as well.

The White House in Washington, D.C. Serves as the official residence and workplace of the President of the United States of America. But aside from that, it has also become a place for the ghosts of former presidents.

The most popular presidential ghost is Abraham Lincoln who had made several apparitions on some of the White House guests.

The Tower of London is Her Majesty’s Royal residence. It was the place of torture and death, especially during the 16th and 17th centuries. Since then, the tower has been beset by various ghost apparitions. One of which was the ghosts of two children believed to be the nephews of King Richard.

They were murdered so as not to take over the crown. There are more ghost stories and apparitions that have been reported within its walls.

Some of these tales may be fabricated or they can be rumors, as information was handed down from generation to generation. The only way to find out is to see for yourself. But, be sure you’re ready when they do appear.

Top 10 Greatest Scientists Who Ever Lived