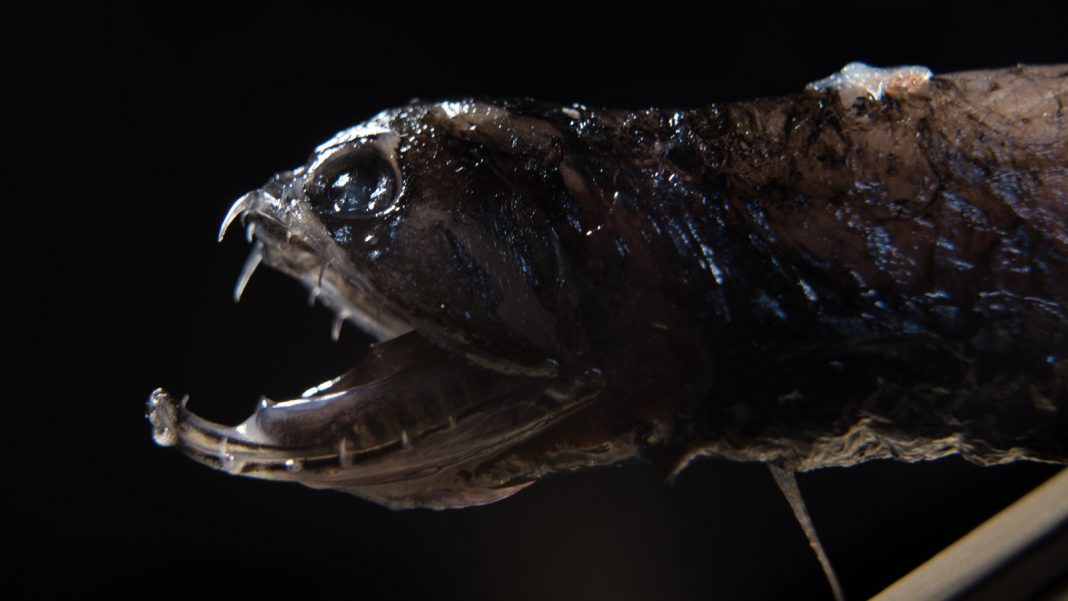 Have you ever wondered what lurks deep in our seas? Mermaids are a made-up fantasy, used to make us believe in fairy tales. Other than mermaids, there is plenty of marine life that is left undiscovered because of the complexities of looking for a viable specimen deep into the waters. But even with the right technology to go deep into the ocean, there would still be plenty of sea creatures to discover. But, for the meantime, here are a few mysterious deep-sea creatures you may want to know.

The Baltic Sea anomaly is a rock formation on the floor of the Baltic Sea measuring about 60 meters in diameter. It was discovered by two divers namely Peter Lindberg, Dennis Asberg, together with their “Ocean X” diving team on June 19, 2011.

The formation, which has an appearance of rough granite, stands on a pillar of about 8 meters, the divers also found a staircase and a black hole found directly on the structure.

Sea Gooseberries are members of the phylum Ctenophora. They are usually mistaken as jellyfish, but they are unrelated to each other. A sea gooseberry has a transparent spherical body, which is mostly composed of 99% water, and it also has two feathery tentacles. These tentacles are quite sticky and it is used for catching carnivorous prey.

A gooseberry can reach a length of up to 20 millimeters and the two tentacles reaching a length of 150 millimeters. They don’t survive long, they only live about 4 to 6 months. They are also what you call “sit and wait” predators.

Bigfin squids are rare cephalopods, under the genus Magnapinna and family Magnapinnidae. It is also called the “long-arm squid” because of its extremely large fins.

It was first seen in September of 1998, by the crew of the Nautile. They first saw it off the coast of Brazil. They have been numerous sightings since then.

A hydrothermal vent worm, or what is scientifically known as Riftia pachyptila, is a giant annelid under the family of Siboglinidae. They can be seen up to several miles deep in the Pacific Ocean. They can reach a length of up to 2.4 meters.

Their tubular bodies are about 4 cm in diameter. Hydrothermal vent worms serve as homes for ghostly fish, strange shrimps with eyes located on the back, and more unknown species.

The Dragonfish is scientifically known as Grammatostomias flagellibarba. It is a scaleless fish that possesses extremely large teeth. It also has the ability to produce its own light known as bioluminescense, produced by its photophore.

The dragonfish uses light to lure prey and attract mates. It also has photophores on the sides of its body, to signal other dragonfish for mating.

The Mariana Trench Shark is the largest in the world, measuring about 60 feet. Scientists refer to it as “Megalodon” and it is believed that it existed some million years ago.

And some people still believe that it exists. Japanese scientists were able to film the alleged Megalodon, but no video footage has been released. Perhaps, they want to analyze it a bit more before they do.

Whirlpools are caused by opposing water currents, resulting in the swirling of water. Underwater whirlpools are usually seen near deep-sea vents.

Sometimes, they tend to break away and swirl like flying saucers. They bring heat, chemicals, and organisms across the ocean.

The Colossal Squid is sometimes called the Antarctic or the giant cranch squid. It is the largest squid in the world when it comes to weight. Its tentacles have sharp hooks.

The largest colossal squid ever captured was the one in New Zealand in 2007. It measured 14.2 meters in length and weighed about 495 kilos.

The Macropinna Microstoma belongs to the genus Macropinna. It is a transparent fish, with a fluid filled-dome for a head, wherein the lenses of its eyes are visible. The eyes are barrel-shaped and can rotate forward or upward.

It possesses a tiny mouth and a very scaly body. Its existence has been known since 1939, but it was only in 2004 when a decent picture of the creature was taken.

The leptocephalus is an eel that belongs to the family of Colocongridae. The largest ever recorded measured about 1800 millimeters.

Another known Leptocephalus Giganteus was first described in 1959 off the coast of South Westland, New Zealand. It measured about 893 millimeters.

These interesting creatures might seem strange to all of us because they are rarely seen. But, if only we discover more about them, they may not be so weird after all.

Top 10 Candy Factories in the World