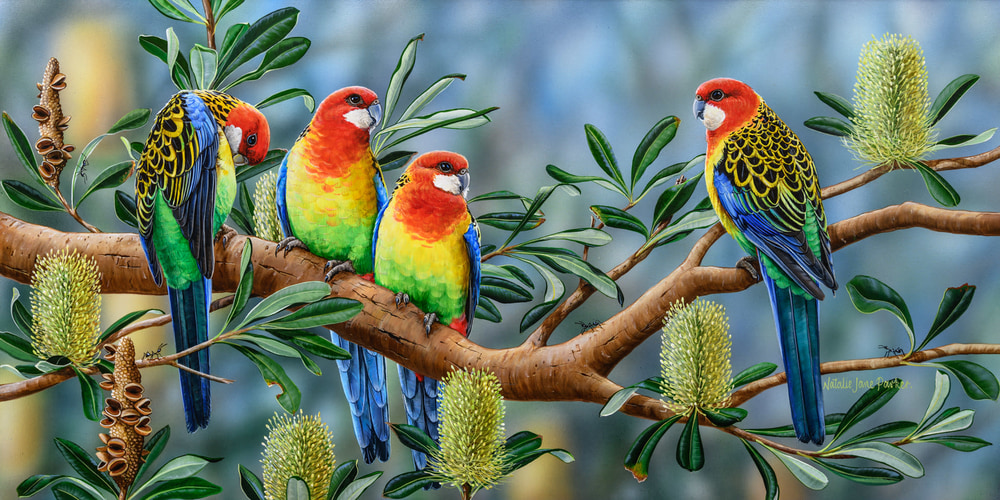 You might sometimes think that birds might also have their own fashion shows because of their magnificent colors. They are just too beautiful and vibrantly colorful to ignore. Here are the top ten birds with plumes that are incomparable.

Quetzals are vibrantly colored birds of the Trogon family. They are mostly found in woodlands and forests and in humid highlands. They usually have iridescent green or golden-green wing coverts, back, head and chest. Quetzals are quite large, measuring up to 13 inches long.

They are solitary birds that feed on fruits and berries, insects, and smaller invertebrates. They are hard to find in their habitat, despite their vibrant plumage.

The Keel Billed Toucan is also known as the sulfur-breasted toucan. It is a member of the toucan family and considered the national bird of Belize. The toucan is also quite large, with a measurement of 17 to 22 inches.

The bill may seem big, but it is actually hollow and covered in keratin. Its plumage is usually black with some yellow on the neck and chest part. Toucans have also zygodactyl feet.

The Golden Pheasant is also known as the Chinese pheasant because it is native to Western China. It is also considered a game bird. The adult male reaches a length of about 90-105 centimeters.

They are known for their deep orange cape, with alternate black and orange fan and a bright yellow eye. They feed on grains, leaves, and small invertebrates.

Peacock is a male peafowl with bright green and blue plumage. They have long tail feathers with eye-like marks. They can choose to display it in a fan-like manner during a courtship ritual. It may also be a way to attract female peacocks.

Peafowls are omnivores, which feed mostly on plants and plant parts. They also love to eat different kinds of meat, as well as fruits and grains.

The Gouldian finch is sometimes called Lady Gouldian finch or rainbow finch because of its colorful plumage. Both sexes are similarly colored, with yellow, black, and red.

Gouldian finch is now less in number because they were placed in captivity to be exported worldwide. The ban on such an act has been implemented since 1959.

They are also known as the Red and Green Macaw Parrot. The breast is brightly-colored in red.

The upper wing coverts are mostly green in color, with a few yellow feathers. They can grow for up to 35 to 37 inches. They usually mate for life too.

The Eastern Rosella was first discovered in 1792 by George Shaw. It has white cheeks and a redhead. It often has the nickname “white-cheeked rosella” because of its adorable white cheeks.

The wings are blue in color while the tail is green. The female‘s colors are similar but somewhat duller in color. They feed on fruits, seeds, flowers, and insects.

The Painted Bunting is a part of the Cardinal family, native to North America. The male is often considered the most beautiful bird in North America because of its color. It has a dark blue head, greenback, red rump, and underpants.

Its colors are “like no other”. They are also not so large as they can only grow 4 to 5.5 inches. They eat grass seeds, small invertebrates, and other insects.

Hoopoes are plenty in parts of Afro-Eurasia and popular for its crown of feathers. It belongs to the family Upupidae. Israel has also named the hoopoe as its national bird. It grows up to 12 inches long and can weigh up to 89 grams.

Hoopoes have broad and large wings that make them capable of strong flight. They love to eat insects, which mostly consist of small reptiles like frogs. They also eat seeds and berries.

The Rainbow Lorekeet is a specie of the parrot that aplenty in Australia. They are medium-sized measuring about 9 to 11.8 inches. Their plumage is very bright, with a deep blue head and a greenish-yellow collar. The rest of the body is colored green, except the chest and which is red and the blue-black barring.

Lorekeets like to travel in pairs or fly as a flock. Their diet mainly consists of fruits, pollen, and nectar. Their tongue is designed in such a way that it can gather pollen and nectar from flowers.

Let us take care of these creatures as some of them are starting to become extinct. Let us act now before it’s too late. Our children’s children may not see such beauty in the future. Don’t allow it to happen and help conserve nature now.