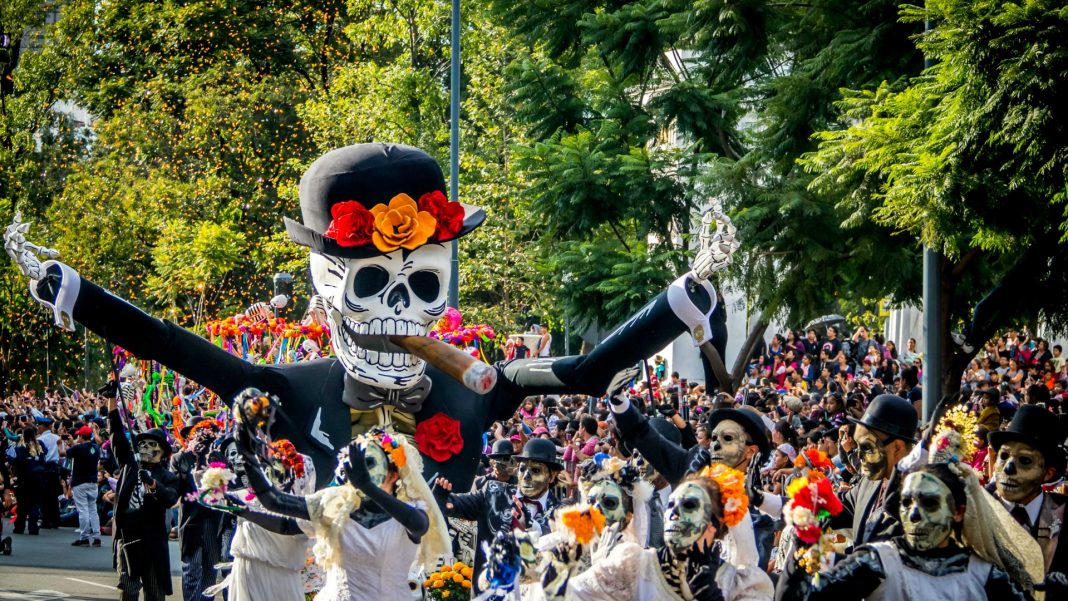 Festivals are always colorful and lively, where a visitor can truly enjoy good food and drink and live entertainment. But behind every feast or festival is a hidden tradition or reason of importance for its existence. Mexico is one of the world’s countries that has an abundance of fiestas and other events. Here are ten of the festivals they have that tourists and Mexicans alike look after to celebrate.

The Day of the Dead or Dia de Muertos is celebrated in the South and Central regions of Mexico from October 31 to November 2 every year. Family and friends gather together to pray and remember members of the family and acquaintances who has already died.

Some of the traditions done by Mexicans are to build ofrendas or private altars for the dead and offering the dead’s favorite food and drink.

The Carnaval in Veracruz is the largest one, which can last for up to nine days consisting of six major parades. Large public concerts, parties, and various special events are held in all the city’s restaurants, bars, and nightclubs.

It usually starts with a quema del mal humor, which is the burning of a bad mood and the burying of Juan Carnival.

Cinco de Mayo or the Fifth of May is held on May 5 every year. This is to celebrate the victory of the Mexican army over the French army at the Battle of Puebla on the same day in the year 1862.

This day is often mistaken to be Mexico’s Independence Day by the Americans. This day also celebrates anything Mexican from cuisine, culture, and music.

This festival is also called Sancta Caecilia in Mexico. Saint Cecilia is the patron saint of musicians and her feast day is celebrated on the 22nd of November each year. It is said that she sang her heart to the Lord during her wedding.

She was struck three times on the neck and lived for three days. She then asked the people to turn her home into a church.

Mexico’s Independence day is every 16th of September every year. In 1810, Father Miguel Hidalgo y Costilla aided the Mexicans to rise against the Spanish ruling class.

The citizens gathered around the community’s main square on the eve of September 16, to hear out the grito or cry for freedom by Father Hidalgo as repeated by the mayor or the president. Every sixteenth of September, there are fireworks, food, and music to enjoy.

It is also called Los Lunes del cerro or Mondays on the Hill. It is an annual indigenous celebration in Mexico in the city of Oaxaca. There is traditional dancing done in costumes by gender-separated groups. There are also parades with walking bands, native food, and a display of prehispanic textiles and artisanal crafts.

The Guelaguetza has now become a tourist attraction and is visited by a lot of nations to enjoy. This event also shows the importance for the survival of the different cultures in Mexico.

La Morisma is usually celebrated in the last week of August to commemorate the triumph of the Christians over the Muslims in Old Spain.

The armies of two rival teams parade through the streets, with a band of musicians, enacting the scene of the battle that took place in Lomas del Bracho and Cerro de la Bufa.

The best time to experience the Mariachi sounds is during the International Mariachi Festival celebrated every September. It is usually a ten-day event where Mariachis perform in catholic masses in churches. There are many parades, rodeos, art exhibits, and the famous Mariachi competitions.

These Mariaches perform anywhere from concert halls to street markets in the city. It is a fun and musical event for everyone to enjoy.

The Grape Harvest Festival, as it is also called is an annual event in Mendoza City. It attracts many tourists during this time of the year to experience the famous wine and winemaking industry of Mexico.

Hundreds of dancers and performers are featured during the first week of the celebration. There will also be a National Vendemia Queen and some fireworks display for the young and old.

This day is celebrated all around Mexico every third of May annually.

It has become the feast day of masons since Spanish priests told them to make crosses and put them on the highest point of a building. Since then, the masons have made it their own celebration.

If you plan on visiting Mexico, be sure to come on one of these dates to celebrate with the people. It is always a great experience to learn about new cultures and meet new acquaintances, and these festivals would be the perfect time to do just that.