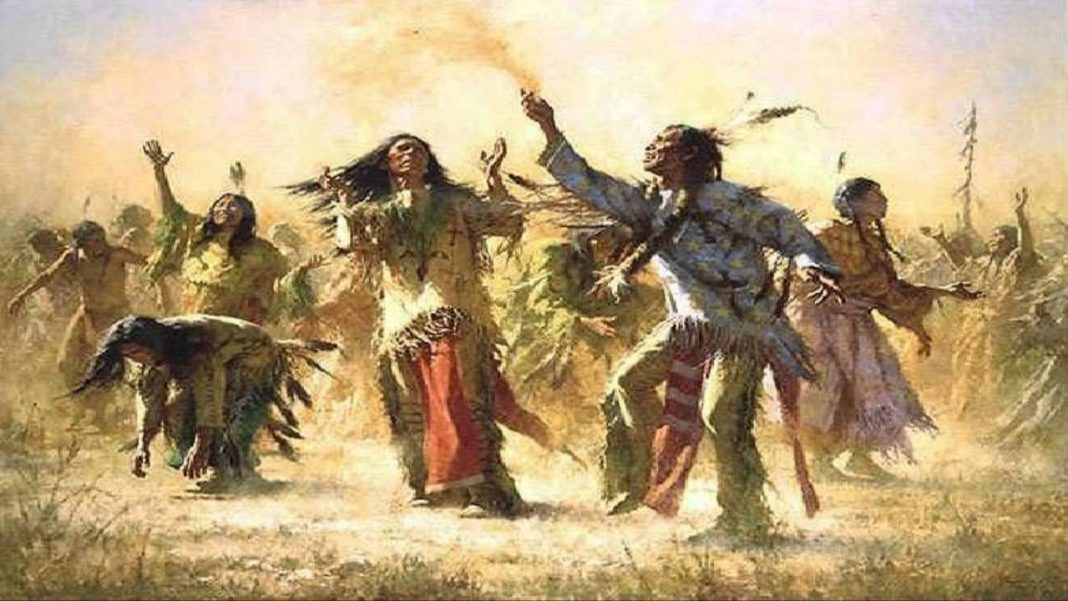 Native Americans have always been fascinating. They have been part of this world for quite a long time and not much is known about them. Here are some tidbits about Native American culture.

The Ghost Dance or Natdia was an activity that came about in the 1880s when times were hard on the Indian reservation. It was simply something that gives them hope. Wovoka, a Paiute Indian, started this movement. It began when he announced he was the messiah who came to give the Indians salvation.

It was a dance that lasted for 5 days, after which they would all bathe in the river and return home. This must be done every six weeks and there should be a feast during the dance to share with everyone.

Native Americans believed that death is the end of life and yet it is also the start of a new life in the Spirit world. To ensure a safe journey to the dead, they will wash them with yucca suds and dress them in traditional clothing.

Prayer feathers are often tied around the forehead and burying them with their favorite belongings and feathered prayer sticks. Some tribes also give homage to their dead by giving them food, herbs, and gifts for a safe journey to the Spirit world.

This festival coincides with the harvesting of corn crops. There is fasting, dancing, feasting, and religious observations. The festival usually lasts for three days. During this time, the corn should not be eaten until the Great Spirit has been given proper thanks by the tribe members.

There are also cleansing and purifying activities to be done like cleaning out homes, burning wastes, and purifying the body with emetics.

Their belief lies in healing the person rather than the disease. They believed that sickness is often the cause of spiritual problems.

Herbs and other products derived from nature play a major part in some of the remedies used by Native Americans. But there was not really a standard healing practice, but the belief that health is about staying spiritually, mentally, and physically strong.

It also involves being in harmony with oneself, the Creator, other people around them, and the environment.

Peyote ceremonies involve eating or drinking the tea made from peyote buttons, which is the dried fruit of a small cactus. These ceremonies were held for the purpose of healing, baptism, funerals, and other important occasions. It is also called the “sacred medicine” and is still practiced by tribes to this day.

The Peyote ceremony is only restricted to the men in the tribe and is often accompanied by drums and rattles. The cleansing of the mind and body is also done using incense and fire.

A pow-wow can be any kind of event that Native Americans and non-Native Americans can both celebrate through dancing, socializing, singing, and honoring American Indian culture. This is usually planned months in advance to prepare for dance events, which can last for hours, even days.

On April 4th of every year, the Gathering of Nations is celebrated, with over 500 tribes from Canada and the United States. It is usually held in Albuquerque, New Mexico.

Vision Quests are often done by older children to “find themselves” and realize the purpose of their lives. It is a supernatural experience because the child aims to connect with a guardian spirit, which can be in a form of an animal, to ask for protection or advice.

A lot of preparation is done as this sometimes requires the person to go into the wilderness alone. This is also to see the person’s sincerity and commitment.

Lacrosse was usually an activity for young Native Americans as training for battle. Sometimes lacrosse games are played to settle disputes between warring tribes, before rushing into battle.

The game is to make the disputes less bloody. The ball used in the lacrosse game is a symbol of the sun and the moon.

The rituals and ceremonies that Native Americans do are oftentimes referred to as their religion. They do have a notion of a controlling power that governs the universe, but not similar to other religions, like Christianity.

Wakan Tanka is used to describe anything that is strange and mysterious and is also used to refer to the sacred ones.

These indigenous people sure know a lot about ancient healing and spirituality, no matter how different it may seem from your own beliefs. They are also one of the few tribes that pay homage to nature and other creations. Now, that’s something that is surely worth respecting.

Top 10 Greatest Scientists Who Ever Lived