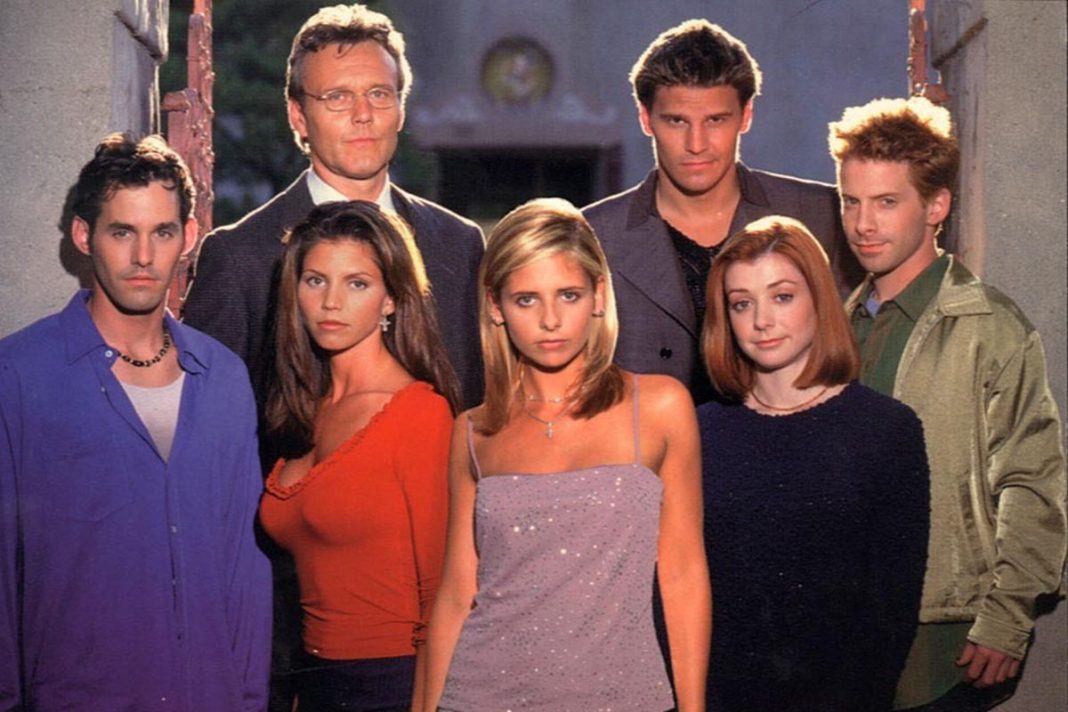 These television shows that ran from the years 1990 through 2000 are really quite familiar with the 30-year-olds of today. They represent old-school entertaining, whether horror or comedy. Here are some of the best shows on television during those times.

The X-men: Animated Series is an American animated television series developed by Eric Lewald, Sidney Iwanter, and Mark Edens. The cartoon series centers on social issues like divorce, Christianity, the Holocaust, and AIDS.

Among the principal casts are Cyclops, Wolverine, Storm, Rogue, Gambit, Professor X, Beast, Jubilee, and Jean Grey. The show was a hit and gained a lot of praise because of its different storylines.

Teenage Mutant Ninja Turtles is an American animated show created by Kevin Eastman and Peter Laird. The show is all about four teenage anthropomorphic turtles named Michaelangelo, Leonardo, Raphael, and Donatello. They live in the sewers of New York City together with their mutant rat Sensei named Splinter. Other characters are April O’Neil, Casey Jones, Shredder, and Karai.

The teenage mutant ninja turtles battle petty criminals, evil overlords, mutated creatures, and alien invaders. While doing so, they stay away and prefer to be unseen by society.

Dexter’s is an American comic science fiction animated television series that was created by Genndy Tartakovsky. Dexter is a boy genius that has a secret underground laboratory used for his inventions.

He has a sister named Dee Dee, who always wants to have access to his lab and who Dexter wants out of the way all the time. The cartoon series became a success due to its high ratings and the multiple awards it has won during the course of the show.

The Powerpuff Girls is an American animated television series created by Craig McCracken. The character is Blossom, Bloom, and Buttercup. Together with their scientist father,  Professor Utonium, the girls armed with their superpowers, fight off crime and violence in their neighborhood Townsville, U.S.A.

It has been nominated for 6 Emmy Awards, 9 Annie Awards, and a Kid’s Choice Award.

5. Saved by the Bell

Saved by the Bell is an American television sitcom created by Sam Bobrick. The show centers on serious social issues like drug use, driving under the influence, homelessness, marriage, women’s rights, environmental issues, and even death, which a group of friends and their principal occasionally tackle.

6. Are You Afraid of the Dark

A You Afraid of the Dark is a horror-fantasy television series that was based in Canada. The creators of the series were D.J. McHale and Ned Kandel. It was later picked up by Nickelodeon in 1991. Its pilot episode, the “The Tale of the Twisted Claw” was aired in October 1990.

Buffy the Vampire series is an American television series created by Joss Whedon. It first aired on March 10, 1997. Buffy is played by actress Sarah Michelle Gellar, who defends Sunnydale Hellmouth from vampires, demons, and other dark forces.

She has a set of friends who helps her out in her fight against evil.

Hey Arnold is an American animated television show, which was created by Craig Bartlett for Nickelodeon. Arnold is in the fourth grade and living with his grandparents in a boarding house. The story centers on Arnold’s way around city life and dealing with everyday problems that he and his group of friends encounter every day.

It has gained much praise from viewers as it guides character development. It aired a total of 100 episodes until it ended in 2004.

Rugrats is an American animated television series created by Arlene Klasky, Gábor Csupó, and Paul Germaine. The characters were toddlers namely Tommy, Chucky, Phil, Lil, and Angelica. The story centers on the everyday lives and adventures of these toddlers, how they explore the world around them while their parents and the other adults are unaware.

The Rugrats made a total of 172 episodes and 9 seasons and has garnered about 20 awards during its run.

Tiny Toon Adventures or simply known as Tiny Toon, is an American animated comedy television series that was created by Tom Ruegger. The show is all about a group of cartoon characters who are all studying at the ACME Looniversity to become the next generation of cartoon characters.

This generation has probably missed out on some of the coolest and funniest television shows ever. It would probably be great if the producers and directors could come up with shows similar to these, kids of today would surely love it.

Top 10 Signs You are Spending Too Much Money