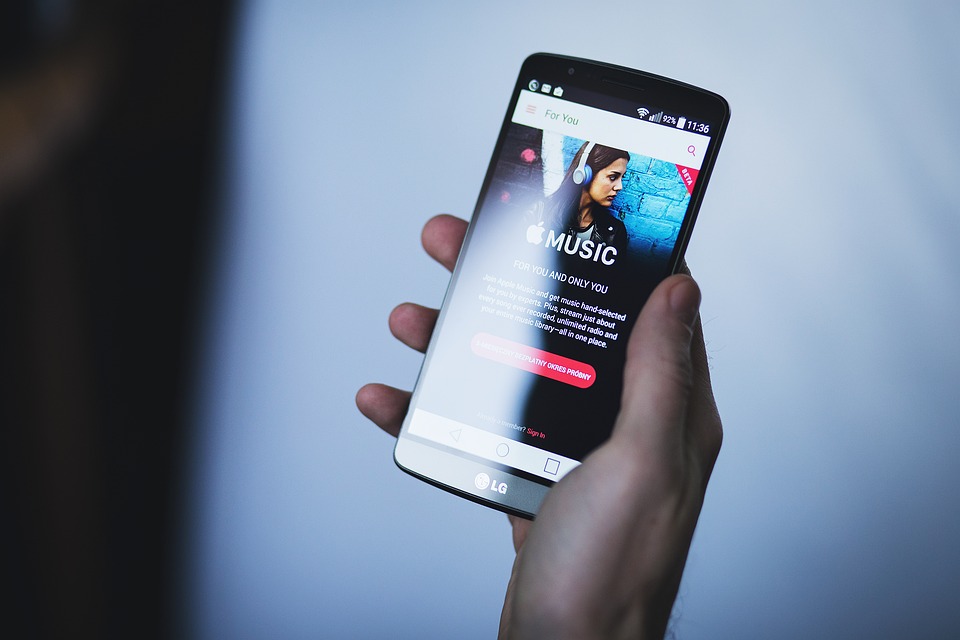 Undoubtedly that using smartphones is already a part of people’s day to day activities. Apparently, using these smartphones and tablets technically implies that the ones being exactly used are the applications. Whether on a work-related case, or for entertainment, and maybe just passing the time, smartphone applications are of use and these are the must-haves applications:

There are a lot of cloud storage apps that can be freely installed to smartphones and tablets today and one of which is Google Drive.

It is a cloud storage solution that enables users to access 15GB space upon signing up. Of course, there are additional fees if 15GB isn’t enough.

Google Drive includes Google Docs, Sheets, Slides, Google Photos, and Google Keep which apparently may be synced and shared through different gadgets. So wherever or whoever is in need, Google Drive is best to keep.

Indeed, a lot of people find huge time in looking for the best keyboards out in the AppStore which preferably offers a wide range of features and an adequate-looking one for bigger smartphones and all of which apply to Fletsky.

There are a lot of useful features Fletsky offers such as the easy backward swipe to delete words, its big interface of the keyboard, and the invisible keyboard feature.

It works surprisingly very well for users and it’s free!

There are a lot of launchers that are really good to install to every android smartphone however, there’s only one who definitely reached the top position and that is the Nova Launcher. It is actually an alternative launcher compatible with any android phones with an OS of 4.1 and above.

It allows users to customize the look and interface of android phones from its font size, to different ways of arranging apps.

Nova Launcher also allows users to adopt the looks of other phones such as HTC, LG, and other Galaxies.

Music is a part of everyday living for everybody and because of that, there are a lot of music apps that can be installed in smartphones today. One of the best that many are using today is Spotify.

Spotify is a platform where people can save, make their own albums, and stream tracks.

If the free version is of use, then one must need to be connected online. However, one may also opt to purchase the premium version as a monthly subscription.

One of the best android apps out in the market is Wunderlist. It allows and enables users to list all their need-to-be-done activities for certain days and periods of time, thus, allows them to track easily which are already executed and not.

The said application helps busy people with their busy lives to efficiently and effectively finish all their tasks.

Also, Wunderlist has a nice and catchy platform that caters more comfortable interface to users.

For over more than a thousand gaming applications are being offered anywhere. There a lot of good and interesting games and one of which is the Slither.io – the app is a simple game wherein a snake just needs to feed from food available and from other snake opponents. It is quite similar to the well known Nokia’s classic game of Snake.

Slither.io is just one of the many good gaming applications – and this specific app captures the hearts of both adults and children.

Since fitness concerns are one of the many recent issues today, one of the most simple and effective is the 7 Minute Workout app wherein it caters daily 7-minute on-the-dot workouts to maximize time yet energize you completely for the day. Although it lacks some features still it contributes to being at its simplest form.

All fitness exercise in the app is scientifically proven to improve energy levels and an effective way to lose extra pounds.

Taking pictures is one of the usual activities done by people nowadays and there are a lot of good camera applications on android but the best of which is the Camera360 Ultimate based on the user’s reviews and feedback.

The application offers a lot of features that others don’t have such as more filters, photo sharing, and lots of fixing tools in editing photos.

Telegram – although it’s just a newly out app, the features are incredibly an attraction to many.

With its self-destructive feature, it automatically deletes some or all messages in a span of time.

All of these are controlled and set by the users.

If users don’t have an internet connection outdoors, Pocket is definitely the one to use.

It is an offline reader app that allows users to save texts, images, webpages, and the like for reading later on to areas without internet connections.

Bookmarking and link sharing are no longer in need when Pocket is installed.

Top 10 Most Expensive Paintings Ever Made

Top 10 Things To Do in Australia