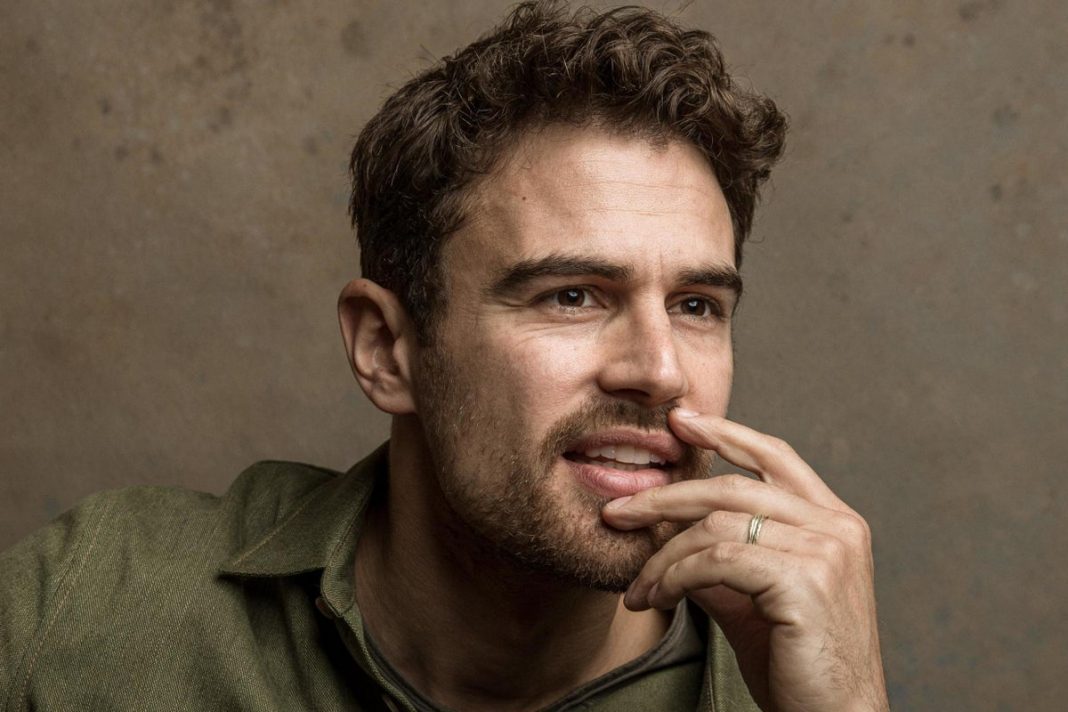 The eye-candy for women all over the world. The actors that are worth lining up for movie tickets. The swoon-worthy gentlemen of Hollywood. Women just can’t get enough of them, whether they are single, married, or have an occasional woman by their side, it doesn’t matter as long as these men keep hearts beat faster and make women scream louder.

Born as Theodore Peter James Kinnaird Taptiklis, better known by his screen name Theo James. He was born on December 16, 1984 to Jane and Phillip Taptiklis. He was most famous for his role as Tobias “Four” Eaton in the Divergent movie adaptation of the book with the same name, written by Veronica Roth.

He will reprise his role in the succeeding movie installments. Aside from that, he was also cast in Underworld: Awakening playing the role of the vampire, David.

Alexander Richard Pettyfer, also knows as Alex Pettyfer in the movies was born on April 10, 1990. He is an English actor and model who modeled for Gap when he was just seven. He had his first acting break when he starred in the British television production of Tom Brown’s Schooldays, playing Tom Brown.

Jensen Ross Ackles was born on March 1, 1978 in Dallas, Texas to parents, Donna Joan and Alan Roger Ackles. He started acting at the age of four and finally concentrated on his acting career sometime in 1996. He got a role in the NBC soap opera Days Of Our Lives, as Eric Brady.

He is most popular for his role as Dean Winchester in the hit horror/drama series Supernatural, together with Jared Padaleckie as Sam Winchester.

He was born Christopher Catesby Harrington, also known as Kit Harrington. He was born on December 26, 1986 in London. He played Albert Narracott in the original West End production War Horse.

His most famous role is playing the bastard son of Ned stark in HBO’s Game Of Thrones, as Jon Snow. He has also starred in the movies Pompeii and lent his voice to Eret in How To Train Your Dragon 2.

Jeremy Lee Renner was born on January 7, 1971, in Modesto, California to parents Valerie Clearley and Lee Renner. He has been given an Academy Award as Best Supporting Actor for his role in the much-acclaimed movie The Town.

He also has an Academy Award nomination for his role in The Hurt Locker. His other movies include Marvel’s The Avengers where he plays Hawkeye Mission Impossible: Ghost Protocol and Hansel and Gretel: witch Hunters.

Jacob Benjamin Gyllenhaal is also known as Jake Gyllenhaal was born on December 19, 1980, in Los Angeles, California. His parents are film producer and screenwriter Naomi Foner and film director Stephen Gyllenhaal. He was cast in the movie The Day After Tomorrow as Dennis Quaid’s son Sam.

His performance in the movie “Brokeback Mountain” earned him praise and got him an Academy Award nomination as Best Supporting Actor and won the BAFTA award for the same category.

His first film was Coach Carter in 2005 and was then followed by Step Up, a dance film in 2006 where he danced his heart out. His other films also include G.I. Joe: The Rise Of Cobra  and G.I. Joe: Retaliation where he plays Duke.

Chris Hemsworth was born on August 11, 1983, in Melbourne, Australia. His mother is an English teacher Leonie and his father is a social services counselor Craig Hemsworth. He is also an older brother to actor Liam Hemsworth.

He is best known for playing the role of Thor in Marvel’s Thor and in The Avengers with the same role. He also played the character of the Huntsman in the movie Snow White & The Huntsman opposite Kristen Stewart.

Christopher Ashton Kutcher is an American producer, actor, and model. He was born on February 7, 1978, in Cedar Rapids, Iowa. His parents are Dianne and Larry Kutcher where he has a twin brother named Michael and an older sister named Tausha.

He did Calvin Klein commercials and even modeled in Paris and Milan. His first role was playing Michael Kelso in That 70’s Show television series.

He was born as James Dornan on May 1, 1982, in Holywood, County Down, Northern Ireland. His father Jim is a gynecologist and obstetrician, his mother Lorna died of cancer when he was just 16 years old. He stars in the BBC Two crime drama series The Fall where he plays serial killer Paul Specter opposite Gillian Anderson, as detective Stella Gibson.

His biggest role yet was playing Christian Trevelyan Grey in 50 Shades of Grey together with Dakota Johnson. Jamie was voted the Sexiest Man, this 2015 by Glamour magazine.

These guys are the epitome of manliness. They are easy on the eyes and one look will definitely make your knees weak. So, enjoy looking at these fine displays of the male species.