Top 10 Most Expensive Paintings Ever Made 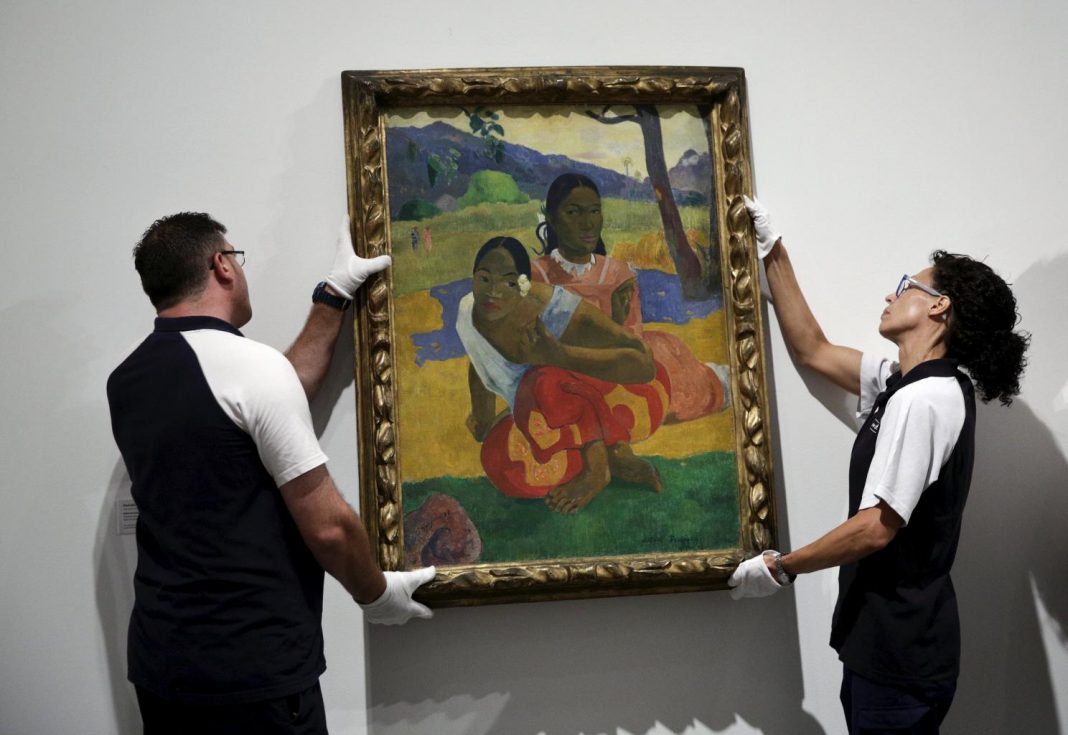 The world is surrounded by beautiful art pieces made of different media. But have you ever wondered which works of art, or paintings to be exact, are worth millions? Here are the top ten most expensive paintings ever made and sold.

This painting, depicting a couple of native Tahitian women, was an 1892 oil painting done by Post-Impressionist artist, Paul Gauguin. He went to Tahiti for the purpose of capturing the primitive culture of the place but was disappointed to find that it has become an international, westernized community.

Still, Gauguin continued to paint the Tahitian women. This painting has sold for $300 million to the Qatar museums.

The “Card Players” is part of a series of oil paintings done by the Post-Impressionist artist, Paul Cezanne. There is a total of 5 paintings in the series depicting Provencal peasants immersed in smoking their pipes and playing cards. Some pointed out that the painting represents human still life while others see it as the artist’s focus on his art.

This painting was sold for $250 million to the Royal family of Qatar.

The “Les Femmes d’Alger” or also known as the Women of Algiers, is part of a series of 15 paintings and drawings made by the Spanish artist Pablo Picasso. Picasso did the paintings as a tribute to the artists he most admired.

The painting was sold for the amount of $179.4 dollars to an anonymous buyer.

The “la Reve” painting is part of Picasso’s period of distorted depictions that resembles early Fauvism. The painting sold for $155 million to Steven A. Cohen.

The “Three Studies of Lucian Freud “ is an oil on canvas painting depicting a fellow friend and artist Lucian Freud. It was created by the British painter Francis Bacon in 1969 and is part of a series of triptych portraits of his friends that includes Isabel Rawsthorne, Muriel Belcher, and George Dyer.

It sold for $142.4 million dollars to an unknown buyer.

Jackson Pollock was an American artist that created the famous painting “Number 5. 1948”. It was created a fiberboard or composition board that measured 8 by 4 inches. Pollock made use of resin paints but was referred to as oil paints.

It is perceived to be a bird’s nest with greys, whites, browns, and drizzled yellow paint. It was sold to an unknown buyer for $140 million dollars.

Willem Kooning is an abstract expressionist who created the painting Woman III. It is part of a series of six paintings, with the woman as a central theme, between the years 1951 and 1953. The painting measures 68 by 48 1/2 inches. It used to be displayed in the Tehran Museum of Contemporary Art.

But in 1979, the painting could not be shown due to government prohibitions about the visual arts and its depiction. It was sold at $135.7 million dollars to buyer Steven Cohen.

The portrait of Adele Bloch-Bauer I was a painting created by the artist Gustav Klimt in 1907. Adele Bloch Bauer, I was a close friend of Klimt and is a refined fine-art loving lady. The painting took three years to finish and was made of oil and gold on canvas.

It was later commissioned by Adele’s husband Ferdinand Bloch-Bauer, who was also a lover of the arts. It sold for about $135 million to Ronald Lauder.

The Scream was created by the Expressionist artist Edvard Munch. It is one of the four versions of a composition created as paintings and pastels. The painting shows the agonized expression of a figure in a landscape with an orange sky.

It is considered to be an icon of modern art, making it one of the targets of art thefts. It was sold for the amount of $119.9 million dollars to an anonymous buyer.

The flag painting was made by the American artist Jasper Johns when he was only 24 years old. This was inspired by a dream of the U.S. Flag in 1954. The painting measures about 107.3 centimeters by 153.8 centimeters. It used encaustic, oil paints, and newsprint collage on three separate canvases.

It represents the three colors of the U.S. Flag and describes it as having a rough texture, with the 48 stars not identically made. It sold for $100 million to buy, Steven Cohen.

These paintings are truly collectible pieces, which represent the greatest and most talented artists of past generations. Their works are considered classical art at its best and worth showing-off to be appreciated by the next generation.

Top 10 Most Expensive Gemstones of the World