Top 10 Haunted Graveyards Around the Globe 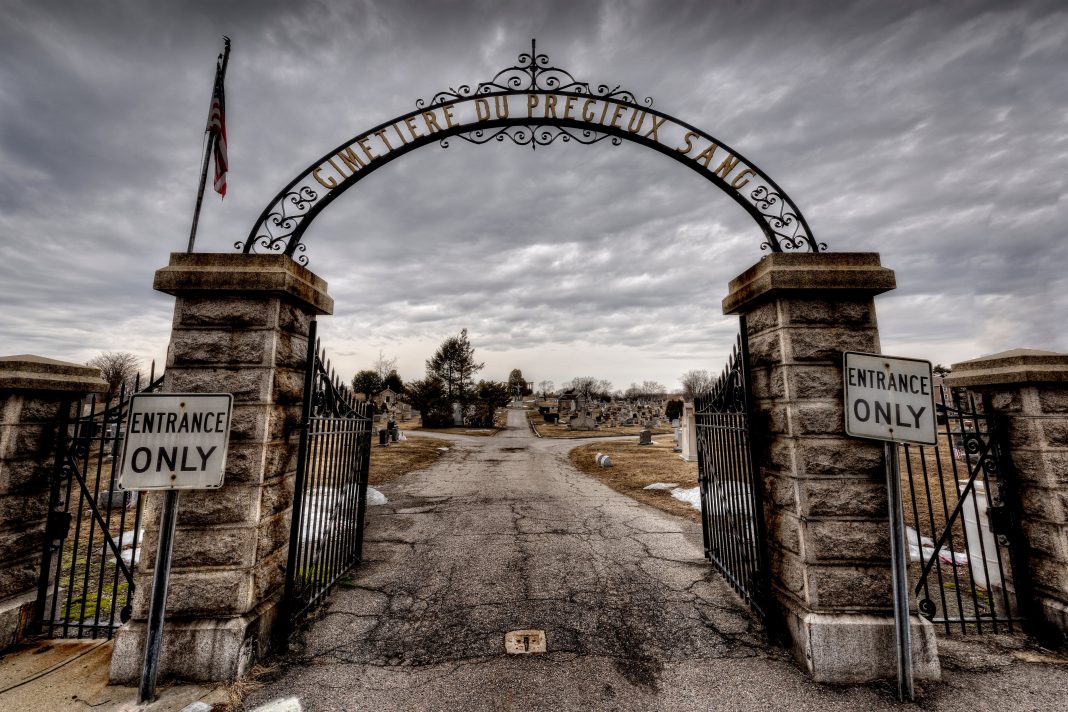 As Halloween is fast approaching, it’s time for some good old scary and haunted stuff. Here are the top ten scariest graveyards, cemeteries, or whatever you call them. They are sure to give you some nightmares tonight.

The Catacombs of Paris is an underground vault containing about 6 million remains. It consists of 200 miles of tunnels and caves. But, before it was made into a catacomb, these tunnels were underground sources of limestone. Eventually, the streets and other buildings collapsed due to the hollow structure below.

These tunnels were later transformed into a catacomb due to the overflowing number of Parisian dead. It is now considered “The World’s Largest Grave”. Some ghostly apparitions were caught on tape in the catacombs.

La Recoleta is said to be haunted by a famous Lady in White who walks the grounds of the cemetery. She is believed to be Rufina Cambacerea.

The Capuchin Crypt is a tiny chapel in Rome, Italy that holds 3,700 corpses. The residents believed that they were the remains of the Capuchin friars.

It is a reminder to Catholics of their own mortality. There have not been any reported ghost stories, but the sight of these is amazing and creepy at the same time.

The Bachelor’s Grove Cemetery in Chicago is an abandoned cemetery that is famous for being haunted. It was rumored to be a dumping ground for the victims of crime families during the 1920s and 1930s.

A popular ghost story is about a woman in white, whom residents call the “white Madonna”. She carries an infant with her as she walks the grounds of the cemetery on a full moon.

The Highgate Cemetery can be found in London, England. Most of the notable people of England were buried there like Karl Marx, Michael Faraday, Jane Arden, and many others. It has also been featured in various films such as, “Taste the Blood of Dracula” and “ From Beyond the Grave”.

Numerous paranormal stories have been reported, one such story was about a ghost of an insane woman with flowing gray hair who rushes to and fro in the cemetery looking for her children whom she murdered.

The Howard Street Cemetery is located in Salem, Massachusetts consisting of about 300 graves. It is a historic cemetery, which was connected with the Salem Witch Trials of 1692.

It was said that the cemetery was cursed by a certain Giles Corey, who was wrongfully accused of being a warlock during those times. He died by “piene forte et dure”, which was considered a painful and gruesome death in those days.

The Stull cemetery has been dubbed as one of the “seven gateways to hell”, according to urban legends based on Diablo. Some of the stories were about a witch that was hanged on a branch of a pine tree. The pine tree existed until 1998 when it was cut down. It eventually grew back through a headstone, dividing it in two. Other stories were about hidden steps, which directs you down to Hell.

It is said to be sealed and only opens during Halloween and the Spring Equinox. Trespassers have also been chased down by mysterious protectors of the cemetery, which just proves that something is going on at Stull.

The Greyfriars Kirkyard is located in Edinburgh, Scotland, and has been a burial ground since the late 16th century. A well-known poltergeist known as Mackenzie is probably the most well-documented paranormal phenomenon ever recorded.

There have been numerous attacks and reports of being bitten, bruised, and scratched. Mackenzie has been featured on some television shows about the paranormal.

The La Noria Cemetery of Chile is a hub for some of the creepiest stories. There have been eyewitnesses who swore to see the dead rise during the night and make their way towards the old mining town.

Some have also seen children attending classes in the abandoned classrooms nearby. There has been evidence numerous evidence to prove that they really do exist.

The Resurrection Cemetery in Chicago is home to its very popular ghost, “Resurrection Mary”. She haunts every nook and cranny of the cemetery. She can sometimes be seen dancing at the foot of the “Resurrection of Christ” monument on more than one occasion.

Resurrection Mary was said to have died because of a hit and run accident. Sometimes, she can be seen looking for a ride along Archer Road.

There might be some truth behind these ghost stories or most of them might be fabricated, but it is always fun telling ghost stories with your friends. Never forget to include some of these scary urban legends when you do.