Top 10 Fastest Animals in the World 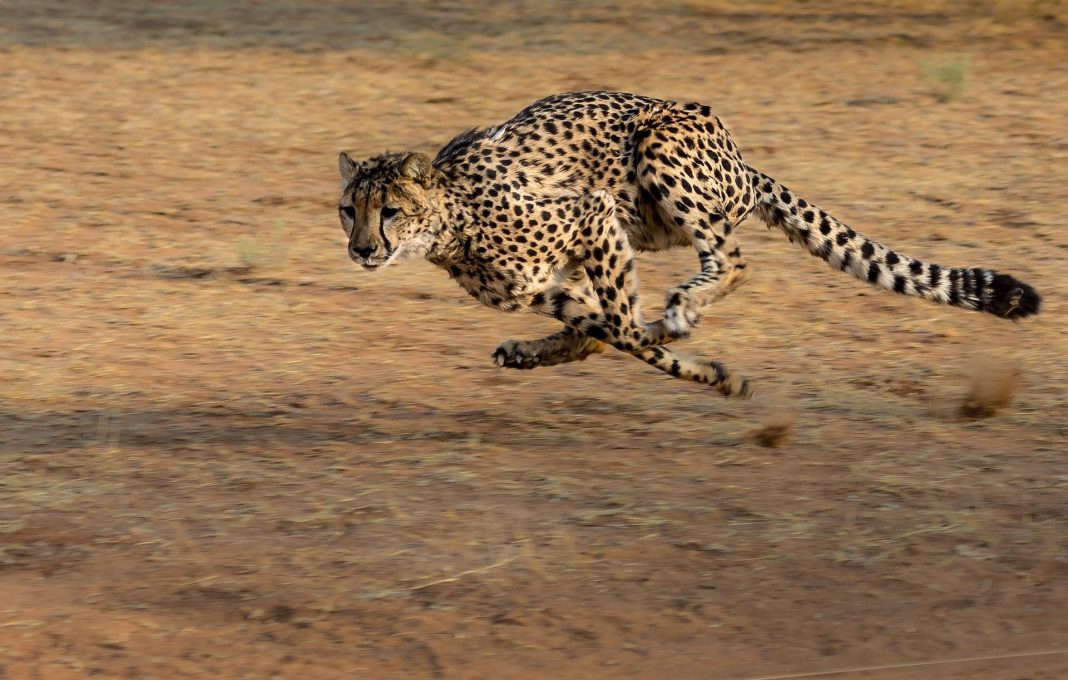 The animal kingdom is made up of a diverse group of animals, which includes land, sea, and air. Each animal group feeds, hunts, and communicates differently. But some animals do have a common factor to share among the rest-speed. Speed has been used as a defense mechanism of various animals to run away from predators and chase after the prey. Find it below which animal runs the fastest.

The Peregrine Falcon, also known as the peregrine or duck hawk, is part of the family Falconidae. They are large crow-like in appearance, with blue-gray backs, white underparts, and a black head. The peregrine is very popular because of its great speed which can reach up to 322 kilometers per hour.

The maximum speed it can make is 389 kilometers per hour, especially during a high-speed dive. It is considered the fastest in the animal kingdom.

The cheetah belongs to the subfamily Felinae. It can run for a distance of about 110-120 kilometers per hour.

The cheetah is an excellent predator, often trips its similarly fast prey. But despite its speed, the cheetah finds it difficult to defend itself against bigger predators. They are often mistaken for leopards. But they do have traits that set them apart from leopards. They have long tear marks from the corners of the eyes to the mouth. Spots can also be seen on their coats.

The sailfish is part of the genus Istiophorus. They are mainly blue to gray in color and have an erectile dorsal fin known as the sail. They are highly prized fish for their great speed and the ability to jump.

They are able to swim 100 meters in 4.8 seconds. They come in various colors, which are often highlighted by dots of iridescent blue and silver.

The Quarter Horse is known for its ability to sprint short distances. It can travel for as fast as 88 kilometers per hour.

Having that speed, it can outdistance other breeds during horse races. Because of their compact bodies, the Quarter horse is suited for maneuvers such as reining, cutting, barrel racing, calf roping, and other maneuvers that require speed.

The Pronghorn Antelope is a species of the artiodactyl mammal. It is also called as the prong buck or pronghorn antelope in North America. They appear to have white fur on their rumps, sides, breasts, bellies, and across their throats.

They can run for about 56 miles per hour. Pronghorns are great distance runners, which really helps them get rid of predators fast.

They have long horns with a slight curvature. Thomson’s gazelles can run for as fast as 99 kilometers per hour.

The Antidorcas marsupialis or commonly known as Springbok is a medium-sized gazelle-antelope animal. It can run very fast for a speed of 88 kilometers per hour.

It also has the capacity to leap through the air at 4 meters high. Springboks usually appear tan in color with white underneath. There is also a brown visible from each side of the shoulder going to the thigh.

The lion can only reach a speed of 81 kilometers per hour. It is one of the cats in the genus Panthera. Lions are great predators and scavengers.

Most of their food is a product of their excellent scavenging abilities. They are also nocturnal animals, who sleep by day and hunt by night. They also spend most of the day resting and remains so for more than 20 hours a day.

The Blue Wildebeest is a large antelope placed under the genus Connochaetes and belonging to the family Bovidae. It mainly feeds on short grasses as a herbivore. They appear muscular with a heavy front appearance and a muzzle.

When they are born, they usually appear tawny brown but changes color as it gets older. The Blue Wildebeest can run for up to 80 kilometers per hour.

They feed on grass, plants, leaves, and bark. Its top speed could reach up to 72.4 kilometers per hour.

These animals must have enjoyed the freedom of running full speed on grassy fields and in thick forests. How humans must have envied such speed and power. It must have been such an amazing experience.

Top 10 Ways to Spark Your Marriage