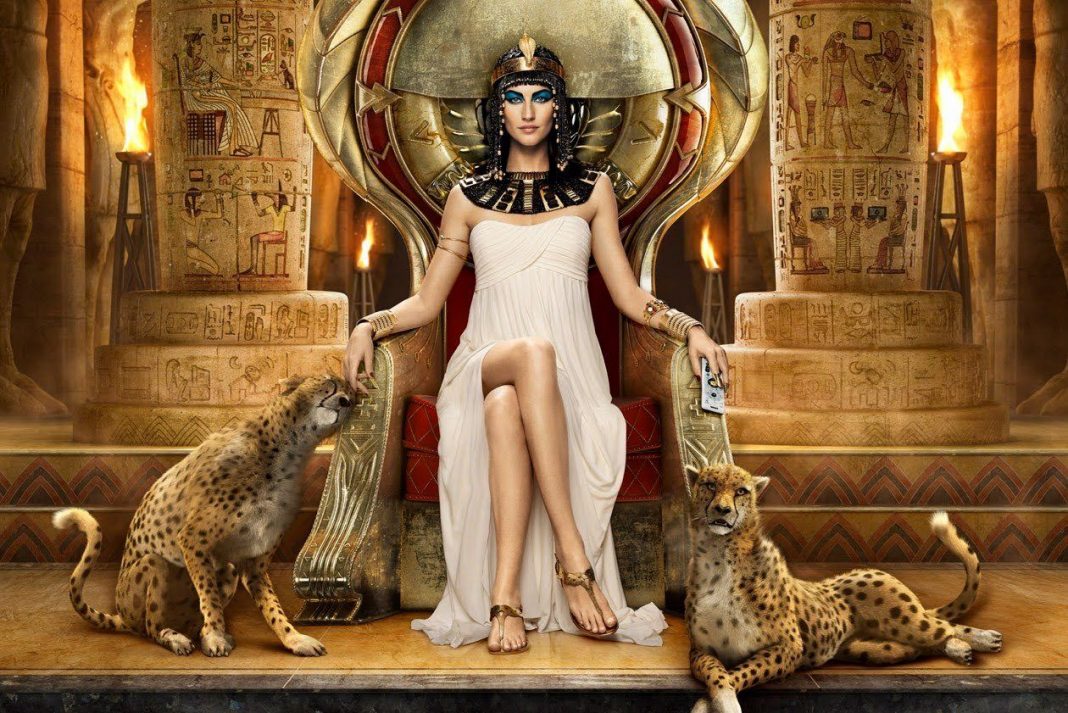 Cleopatra, a name that is famous among the Egyptians and in the whole world. But there are many who do not know the Egyptian queen so well, other than her being a ravishing beauty. But is there even truth to that notion? Here are some facts that somehow make you learn a thing or two about the ancient queen of Egypt.

1. She was Greek, not Egyptian

Cleopatra was a member of the Ptolemaic dynasty, which is a Macedonian Greek family, that ruled Egypt and spoke in Greek instead of the Egyptian language. It was because of this that some official court documents were written in Greek. An example is the Rosetta Stone.

Eventually, Cleopatra learned to use the Egyptian language. She ruled with her father Ptolemy XII Auletes and with her brothers Ptolemy XIII and Ptolemy XIV. She then became the last active Pharaoh of their dynasty.

2. She already was Cleopatra VII

There were six other Cleopatras before her. But because the history of the previous Cleopatras was not as alluring as Cleopatra VII’s.

She is simply referred to as Cleopatra recently, to separate her from the rest and to make her easily recognizable.

Cleopatra had four children from different fathers. She had a set of twins named Alexander Helios and Cleopatra Selene. She also gave birth to another son named Ptolemy Philadelphus.  The kids’ father was Mark Anthony, famously known to be Cleopatra’s lover.

The three children were later acknowledged by him, but after Cleopatra and Mark Anthony died, they were cared for by relatives. The other son was named Ptolemy Caesar, the son of Julius Caesar.

4. She died due to a snake bite: true or false

Legend has it that Cleopatra died a painless death because of a lethal bite from an asp. But if that is the case, the body will take hours to die and it will be a painful death.

Another story also says that Cleopatra may have ingested a deadly dose of poisons derived from Wolfsbane and opium and a mixture of hemlock. The effects are a peaceful yet deadly sleep.

5. Cleopatra was a make-up enthusiast

Cleopatra was an expert when it came to beauty and beauty products. She liked to experiment with different types of cosmetics. She used a mix of iodine, iron oxide, seaweed, clay, henna, and some other ingredients to create a lip color.

Some of the recipes, however, had toxic effects and so safer alternatives were used instead. An example of it is the blood of the beetle directly applied to the lips. It might seem extraordinary, but the Egyptians found this practice a trend during those times.

6. Cleopatra murdered her sister and brother

She was the mastermind behind the death of her sister Arsinoe IV. She had Mark Anthony as an accomplice in killing her, when she knew about a dispute was rising from Arsinoe and the others around her. She ruled over Egypt with her brothers until Ptolemy XIII’s death.

She was also a prime suspect in the death of Ptolemy the XIV when she gave birth to her son, Caesarion. These kinds of murders were not rare, especially in the ruling world, where one ensures to contain the power to rule.

7. Cleopatra was not a stunning beauty

The belief that Cleopatra was strikingly beautiful was denied by numerous scholars. In ancient Egyptian coins were an engraved picture of her can be found, she somewhat looked like a masculine-looking woman with a hooked nose, thin lips, and a prominent chin.

She may not be a looker, but she ruled Egypt with great wisdom, that still resonates to this day.

She was a queen at the age of 18 and a daughter of King Ptolemy XII Auletes. Together, they ruled Egypt until her father’s death. She married her brothers to safeguard their power and wealth.

These made her the richest woman to ever rule the Mediterranean before reaching the age of 20. Her wealth would equal a hundred billion dollars of today.

9. Cleopatra was a linguist

She was fluent in nine languages and that includes Egyptian and Greek Languages. She can also speak the language of the Ethiopians, Hebrews, Troglodytes, Arabians, Syrians, Medes, and Parthians.

She was also a skilled mathematician and a charismatic leader and was greatly respected and admired for her wit, charm, and intelligence.

10. Cleopatra had a perfume factory

Cleopatra has a perfume factory located near the Dead Sea. It was said to be given to her by her lover Marc Anthony. Egyptians loved using oils and perfumes to mask the stink of a body exposed under the heat of the sun and Cleopatra does too.

She uses oils and Judean balsam to protect her from the sun. When she goes on a voyage, she would coat her ship with oils to make the winds love the smell too.

These facts about Cleopatra gives a broader picture of her. And one thing’s for sure, the admiration of the people grows even stronger by knowing these pieces of trivia about her.