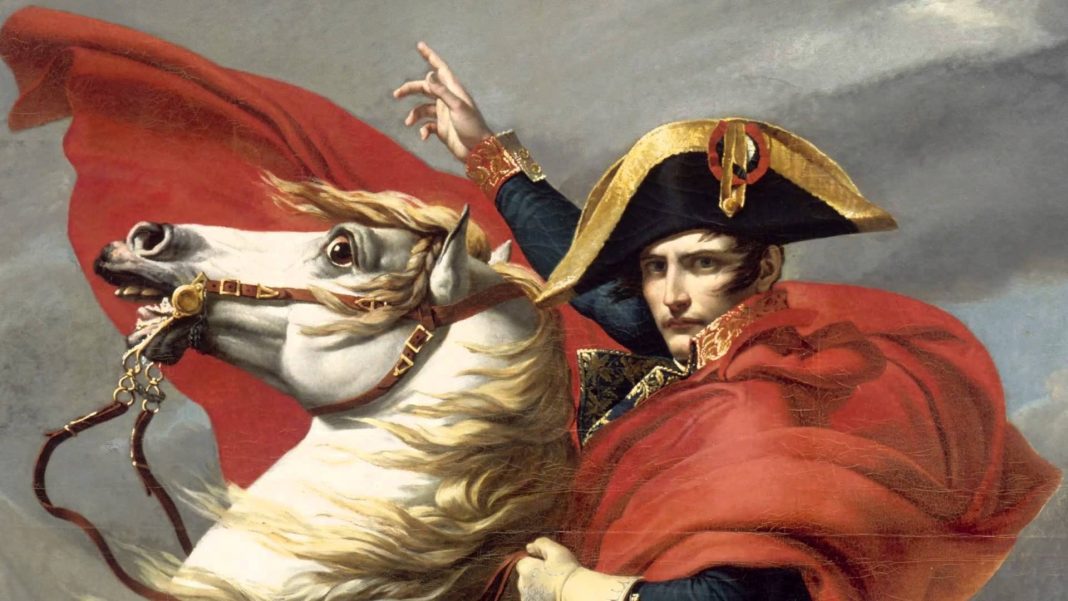 Napoleon Bonaparte was born on August 15, 1769 at the family’s ancestral home called the Casa Bounaparte in Ajaccio, Corsica. His parents were Carlo Maria di Bounaparte and Maria Letizia Ramolino.

His real name was Napoleone di Bounaparte, but he later adopted the name Nepoléon Bonaparte, which sounds more French.

He had a lot of opportunities to study because of his affluent background. He was enrolled in a school in Autun in January of 1779 and in May, he was brought into a military academy in Brienne le Chateau. He was also praised for his mathematical skills and is well acquainted with history and geography as well.

In 1784, he was enrolled in École Militaire in Paris and was the first Corsican to ever graduate from there. He trained to be an artillery officer.

Napoleon was raised as a Catholic and was baptized in Ajaccio on July 21, 1771. He was referred to as a deist, whose faith is focused more on Muhammad instead of Jesus Christ. His belief was in a deity that is absent and distant.

He appreciated Catholicism’s rituals and found a way to bend it to his own personal interests.

He was able to emancipate Jews, Protestants in Catholic countries, and vice versa. He expanded their right to own property, to worship, and have better careers. He believed that by emancipating the Jews, they would be able to attract more of them to France.

Napoleon believed in inequality and that the Jews are just the same as any citizen of France. He was called an antichrist and an enemy of God by the Russian Orthodox Church.

Napoleon wanted to win at everything, even in playing cards. He would cheat but would repay the losses. He also likes to keep track of all staff and his secretaries at work.

He is a firm believer in strict and efficient work ethics.

Napoleon Bonaparte is an icon that exudes military power and political genius. He was described as the most competent man who ever lived, by Martin Van Crevild. Since his death, he became even more popular since he was portrayed in films.

A lot of books have also been written about him. Ships, towns, streets, and cartoon characters have even been named after this great man.

He was married to Joséphine de Beauharnais in 1796. He was only 26 at the time and Joséphine was a 32-year old widow. Napoleon was a romantic, he would send her love letters while away on his campaigns. Joséphine had a son name Éugene and a cousin named Stephanie, whom Napoleon formally adopted and arranged convenient and dynastic marriages for both of them.

Joséphine also had a daughter named Hortense and she married her off to one of Napoleon’s brothers.

Napoleon had a string of mistresses. When he went to Egypt for his Egyptian campaign, he took the wife of the junior officer named Pauline Bellisle Foures, who is more popularly known as Cleopatra, as his mistress. Another mistress he had was Marie Walewska, who was of aristocratic lineage but with little money. She married a much older man, which was a marriage of convenience then. She was a devout Catholic and took her vows seriously.

It took time before she finally gave in to Napoléon’s desires, which was because she was persuaded to do so by the Emperor and other Polish nationalists. Joséphine, Napoléon’s wife, had lovers too, while Bonaparte was away on his Italian campaign.

Bonaparte was also behind the German unification, reducing German states from 300 to a total of 50. This happened after the absolution of the Holy Roman Empire.

He was considered to be one of the founders of modern Germany.

Contrary to what others believed that he died from arsenic poisoning, Napoleon Bonaparte actually died from an advanced case of gastric cancer. An autopsy of his remains that was done during that time revealed stomach cancer. In 1961, there were large amounts of arsenic found in his hair when his body was again examined. But this theory was rebutted due to the original autopsy done, which revealed that Napoleon had two ulcerated lesions, one on his stomach and the other has already reached his liver.

Even if he was treated today, he would not have survived because of the severity of his case.

Bonaparte was considered to be one of the best military leaders in history. He might be short in stature, but his influence was great. His legacy will live on.

Top 10 Children’s Games of All Time