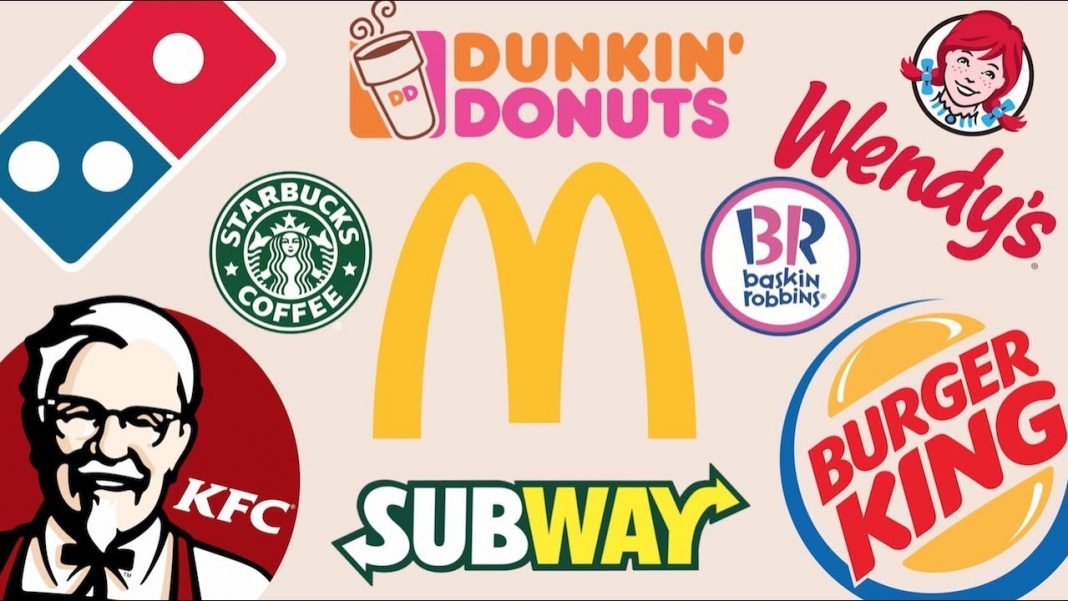 Fast-food restaurants have been reigning in the lives of many since they all started to make it a little bit easier. Instead of slaving in the kitchen for something worth eating, fast food is the go-to place for something fast, delicious, and cheap. But competition is tough and here are a few restaurants that have reigned supreme over all the others in the past years.

The Chik-fil-A is based in Atlanta, Georgia, and specializes in chicken sandwiches. It was conceptualized by S. Truett Cathy. Their trademark slogan that says “we didn’t invent the chicken, just the chicken sandwich”, refers to their menu item, the Chick-fil-A sandwich.

The first Chik-fil-A restaurant opened in 1967 in the food court of the Greenbriar Mall in Atlanta. Since then, it has extended to numerous franchises all over America.

Kentucky Fried Chicken, most famous for its fried chicken is headquartered in Louisville, Kentucky. They also own the Taco Bell and Pizza Hut food chains. It was founded by Harland Sanders who, at first started out by selling fried chicken from his restaurant in Corbin, Kentucky.

The first KFC restaurant opened up in 1952 in Utah. It was the first fast-food restaurant to ever expand internationally in United Kingdom, Canada, and other countries.

Pizza Hut is a subsidiary of Yum! Brands, Inc. and is best known for its pizzas and side dishes. It was founded by two university students, namely Frank and Dan Carney. They offer carry-out, dine-in, and delivery options for customers.

In other locations, they offer an äll you can eat” lunch buffet of salads, breadsticks, and pasta. The first-ever Pizza Hut was built in 1966 in Athens, Ohio.

Dunkin Donuts is based in Greater Massachusetts in Boston. It is a global doughnut company and coffee-house since its inception in 1949 by William Kettle. Primarily named Open Kettle, which later changed to Donut Kettle and finally emerged with its corporate name Dunkin’ Donuts that is now so popular.

They offer a variety of donuts, pastries, and other sandwiches. Coffee has been the ideal pair of the famous donuts, but other beverages were added to the menu.

They specialize in Tex-Mex food that includes tacos, burritos, nachos, and other items. It is based in Irvine, California, and founded by Glenn Bell. The first Taco Bell opened in 1962 in Downey.

A police officer later bought the first-ever franchisee of Taco Bell in 1964. It expanded to other places and later had its 100th Taco Bell store by 1967.

Wendy’s is an international fast-food restaurant that has been founded on November 15, 1969, by Dave Thomas. It started in Columbus, Ohio, but later moved on to Dublin, Ohio in 1969, where its headquarters are now located.

Starbucks is a coffeehouse chain that is based in Seattle, Washington. It first opened on March 30, 1971, by three partners names, Jerry Baldwin, Zev Siegl, Gordon Bowker. Since then, it has been dubbed the most famous coffeehouse company in the world.

They offer a wide variety of hot and cold drinks and a wide selection of sandwiches too. They also market their signature tumblers, planners, mugs, ice cream, and coffee beans.

Subway is another fast food restaurant that specializes in selling submarine sandwiches and salads. Its headquarters are located in Milford, Connecticut and it used to be called “Pete’s Super Submarines”. It first started when Fred De Luca borrowed money from his friend Peter Buck to start the restaurant.

With De Luca’s passion to earn a doctorate degree, his goal then was to earn enough money for medical school. It has ranked number 2 in the “Global Franchise” lists in 2012.

McDonald’s is the largest chain of hamburger fast-food chains in the whole world. It started out in 1940 as a barbecue restaurant which was handled by Richard and Maurice McDonald. It was later bought by Ray Kroc who owned a franchise in 1955 and later on expanded the restaurant.

It primarily sells hamburgers, french fries, chicken, cheeseburgers, milkshakes, and other beverages and has since added more to its menu.

Somehow, you have all tasted the menus of these restaurants in the entirety of your lives but never forget that fresh, home-cooked meals are still the best.