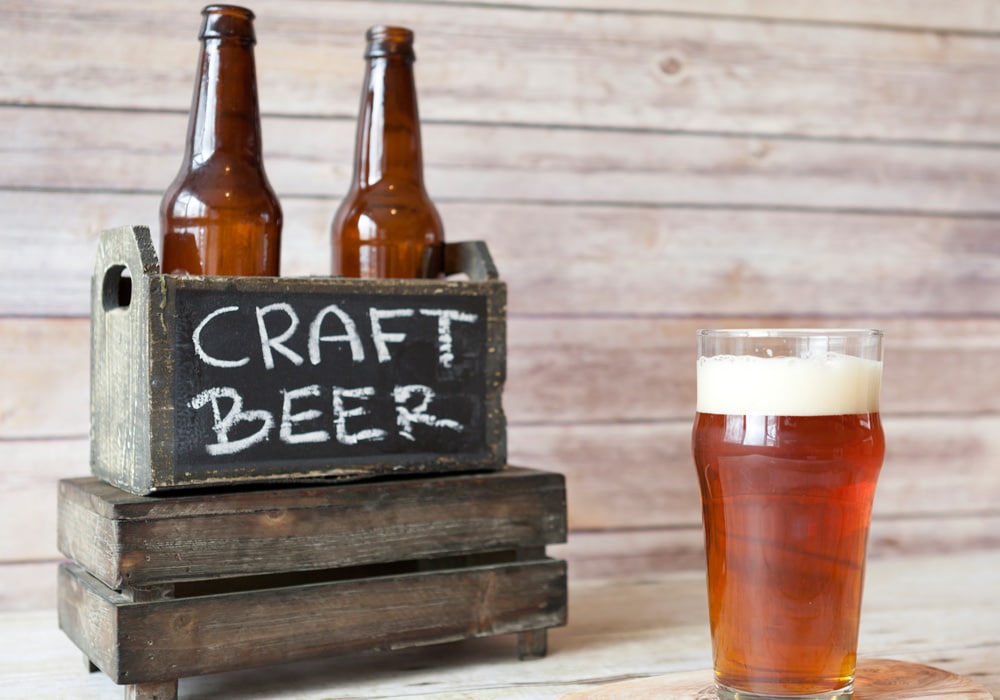 If you have a flair for craft beers, then you are in for a treat. Over the years, there is a steady increase in numbers of microbreweries all over the country. About 30 years ago, there are only an estimated 100 breweries in the United States. Today, the business is growing and there are about 2800 places with good craft beers all over the country.

Billings is not only a nice place with impeccable geological formation, great mountain view, and abundant wildlife, it is also a place where they offer good craft beers. Some of the enthusiasts love visiting the Boothill or Devil’s Tower.

Montana residents drink more beers than average Americans but when they do, they like craft beers over the commercial or even imported ones.

Some of the known breweries are  Uberbrew, Carter’s Brewing which has over 70 craft beer styles since the shop opened in 2007.

There are about 30 breweries in this area and it is home to good quality craft beers.

Also, it is near to Kalamazoo, which is a famous beer town, which many beer enthusiasts know. It is also near Bell’s Brewery, which is the oldest brewery in the state of Michigan.

There are 6 pubs and microbreweries in Bellingham and it has become an interesting place for enthusiasts because of the unique flavors they offer in the Pacific Northwest area.

In fact, they have an annual Bellingham Beer Week where people go to the city and enjoy craft beer, food, and whatever the place can offer for 10 days.

Some of the well known places in Bellingham are Boundary Bar Brewery and Aslan Brewing Co.,

San Diego is number one when it comes to the most number of brewed beer companies in the country.

It has 431 breweries and they create about 3.4 million barrels every year.

The California heat may be the reason why it is a haven for pubs and breweries because an ice-cold beer is perfect to cool down. And if IPAs are your favorite kind, San Diego is a mecca of hoppy IPAs on the west coast.

Currently, there are 78 breweries found in Seattle making it one of the best cities that brew a good craft beer.

Some of the famous pubs are Fremont Brewing which is a very pet-friendly place and they also offer pretzels, Pyramid Breweries which is famous for many sports enthusiasts. Of course, the mainstays like Rueben’s Brews and Stoup is still there with a lot of beer varieties to choose from.

Most residents in Tampa can attest that many people and even tourists frequent microbreweries in their area. There are about 30 breweries and one of the standouts is the Cigar City Brewing which is a star during the American Beer Festival in 2010.

Others would also flock the Tampa Bay Brewing Company because of the chill vibe with an open patio with  6 taps and 12 different kinds of house beers.

Portland is the top destination for beer enthusiasts in the country and they have the largest beer production in terms of volume per year.

This is attributed to the 70 breweries in the city and for 2 consecutive years, it is number 1 destination by the Travel and Leisure website for the top cities with craft beers. Some of the famous pubs to visit are Widmer Brewing Company, Henry’s Tavern as well as Deschutes Brewery.

Like Portland, a lot of people visit Bend for its marvelous craft beers. Aside from that, the city has a great outdoor vibe where tourists and locals can enjoy doing hiking paths, bike trails, or just go skiing resorts.

Aside from having great beers, it is also considered as one of the best places to live in the country.

Some of the notable breweries are Cascade Lake, Riverbend, Silver Moon, and many others.

Denver is one of the cities that occupy the top spots for best craft beers in the country.

This city has been flocked by those who want to have the finest beers in the country.

It started with Wynkoop Brewing Company and then in the following years, brewpubs began to grow and business flourished.

Though the dwellers don’t have a high consumption on craft beers, St. Louis is home to one of the largest and oldest breweries, which is the Anheuser-Busch Brewery.

The city used to be a craft beer snob but over time, people are going to St. Louis which has about 50 different beer styles and The St. Loius Brewery makes the Schlafly Beer which is a very popular style.

The interesting thing about microbreweries is that some of it are attached to restaurants so the beer culture and foodie join hands. And with this growing culture, it fosters new businesses since there is an increase in sales for craft beers by 17%, and the export for craft beers grew by 49% in 2013 alone.

So if you are looking for a  new prospect for business and you fancy having brewed beers, you may consider having a microbrewery in the near future. But before that, you should visit the cities, which offer the best craft beers all over the country.

Top 10 Good Luck Charms You Might Want to Have