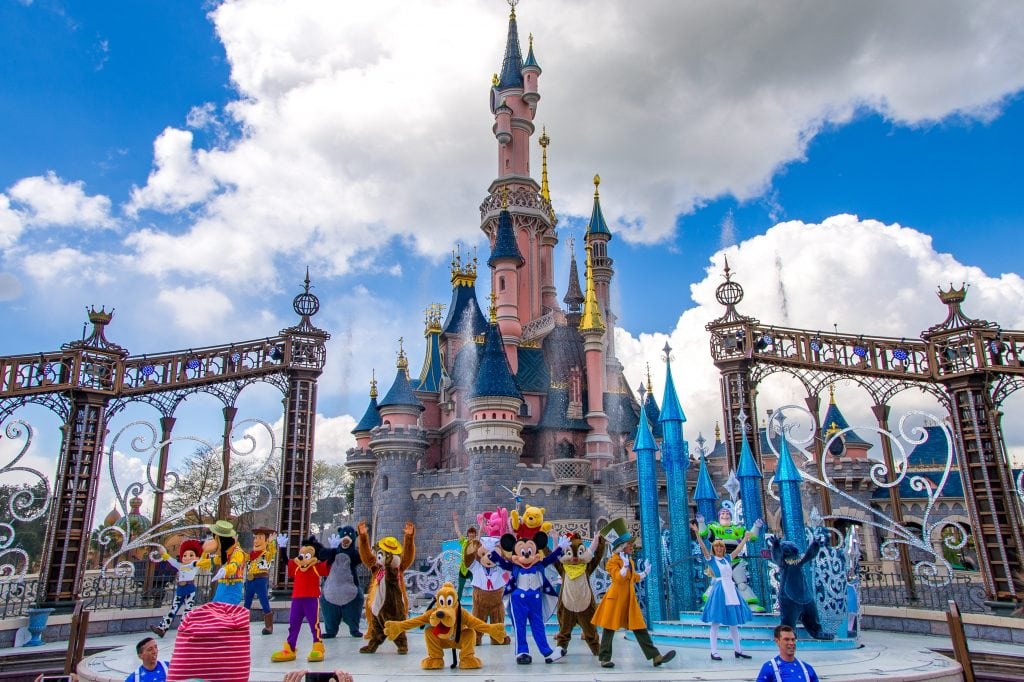 Theme parks have been around for quite a while now. It always assures everyone who comes and visits to have a good time, with smiles on their faces as they exit the park. Check out these amazing theme parks located in some parts of the world, who knows you might one day get to visit them too.

PortAventura is a theme park located in Barcelona, Spain. It includes the Costa Caribe Aquatic Resort and six hotels. The park consists of five theme areas such as the Mediterrania, Far West, Mexico, China, and Polynesia. There is another themed area based solely on Sesame Street, which opened in 2011.

PostAventura is one of the most visited theme parks in Europe, ranking sixth among the others.

Discovery Cove is a theme park located in Orlando, Florida. This park allows visitors to interact with the different marine animals, especially the bottlenose dolphins, tropical fish, rays, exotic birds, and other land mammals. It also has its own coral reef for visitors who enjoys snorkeling. Here, they can observe and interact with different fish, stingrays, and sharks.

Another attraction at the park is its free-flight aviary, where you can feed and interact with parrots, toucans, and 250 other tropical birds.

Europa Park is the largest theme park in Rust, Germany, and comes second in popularity next to Disneyland Paris.

It has twelve roller coasters and theme parks, which are the Enchanted Forest, Kingdom of the Invisibles, Children’s World, and Lands by Country. The park can accommodate about 50,000 visitors every day.

South Korea’s largest theme park, Everland, is located in Yongin, Gyeonggi-do province. It is one of the most visited theme parks in the world, ranking sixteenth among the other parks. The park also includes a zoo and a water park called the Caribbean Bay.

Lotte World is a theme park in Seoul, South Korea, which consists of the world’s largest indoor theme park. It also has an indoor amusement park called “Magic Island”, which is an artificial island located in a lake. The Lotte World’s amusement park is divided into four floors. Each floor has exciting themed rides to offer.

It also has the largest ice skating rink in all of South Korea. These rides are all accessible regardless of the weather because they are all conveniently located inside the park.

The Nagashima Spa Land is an amusement park located in Kuwana, Mie Prefecture, Japan. It ranks 18th in the world’s most visited theme parks. The Spa Land houses thrill rides, a total of ten roller coasters, a giant Ferris Wheel, and a Water Park.

It has about 40 different types of attractions and that includes a jumbo seawater pool with 18 different slides, which opens only during summer.

Seaworld Florida is a theme park and a zoological park ion one that is located in Orlando, Florida. The park is subdivided into different “seas”, where different themed rides and attractions are located. The theme park also offers live performances like animal exhibits and other attractions.

An example of their animal exhibit is the Shark Encounter, which features different sharks, stingrays, barracuda, and other venomous fish.

Ocean Park is a marine mammal park, Oceanarium, animal theme park, and amusement park located in Hong Kong. It ranks seventh in the world’s most popular amusement parks. It has different rides and attractions which include four roller coaster and animal exhibits.

Ocean Park also houses the world’s largest aquarium. They also operate observatories, laboratories, and an education department to inspire learning among its visitors.

Aside from the different attractions, visitors can also enjoy live performances in the park and Disney characters are scattered around the park to meet and greet visitors and pose for photos.

These parks are best enjoyed with family and friends. Come and enjoy a day in one of these parks. They just never fail to titillate the senses all the time.

Top 10 Ways to Have a Positive Start to Your Day