Top 10 Religions in the World 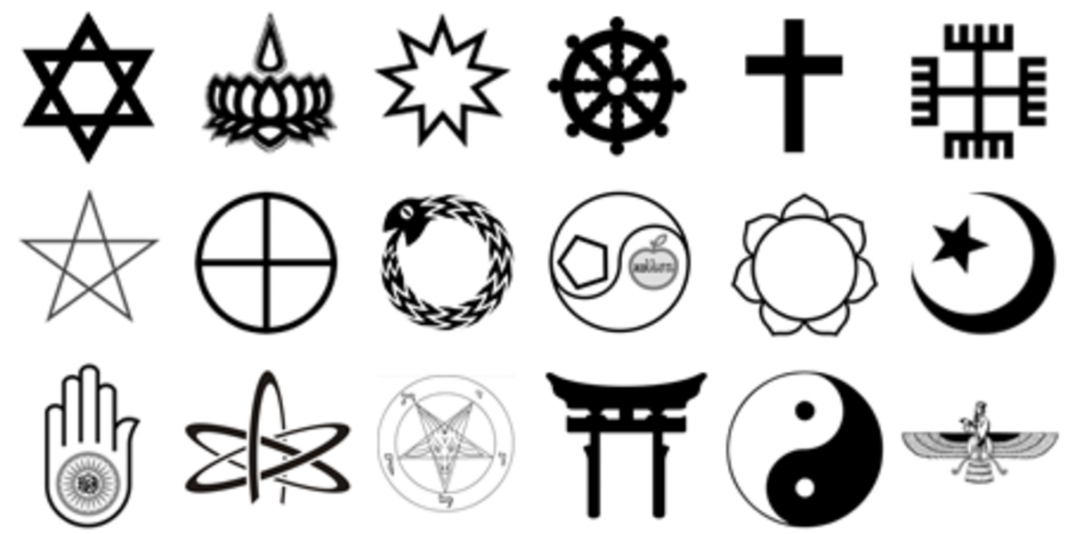 Religion is a way of life. It makes us believe that there is the existence of a Higher Power. There are different religions all over the world, each has its own belief system, traditions, and practices.

Jesus is considered the Savior of humanity. The largest branches are the Catholic Church, the Eastern Orthodox Church, and Protestantism.

Islam is a monotheistic and Abrahamic religion stated by the Qur’an. The Qur’an is a religious text which was considered to be the words of God or Allah. Muslims are what the believers of Islam are called.

The religion focuses on the belief that there is only one God,  who is incomparable and the purpose of the existence of humankind is to worship Allah. The Qur’an consists of basic concepts and obligatory acts of worship to be followed by its followers.

Hindiusm is the most common religion practiced in parts of India and Nepal. It consists of Shaivism, Vaishnavism, and Shaktism among many others. It has about a billion followers all over the world, making it the world’s third-largest religion.

Hinduism is sometimes referred to as the eternal law, as it is considered the oldest religion in the world. There are four Purusarthas, which are Dharma (ethics), Artha prosperity),Kama (emotions), and Moksha (freedom).

Buddhism is a nontheistic religion that borders on different traditions, beliefs, and spiritual practices. The teachings are based on Gautama Buddha, also known as the Buddha or Enlightened One.

There are various types of Buddhism, but they all have one consistent belief which is the absence of a creator deity.

Sikhism is a monotheistic religion that was founded in the 15th century. The focus of this religion is the belief that there is only one God and that spiritual and secular life are connected as well.

These teachings originated from Guru Nanak and handed down to his successors. Sikhism also emphasizes equality among all humankind and that discrimination is prohibited.

Judaism is a monotheistic religion, which uses the Torah as its foundational text. The Torah consists of about 613 commandments and is only directed to men and women.

Finally, the unity of humanity, together with the unity of diversity means that all humans are created equal and that diversity in race and culture should be appreciated and accepted. The human purpose is to know and love God through prayer, reflection, and service to humanity.

Confuscianism is a religion developed from the ancient teachings of the Chinese philosopher Confucius. Confucianism believes that humans are innately good and teachable through self-cultivation and self-creation. Some of its basic concepts rely on ren, li, yi, and zhi. Ren is the essence of humans being compassionate.

Li is a system that determines how a person should act every day according to the law of Heaven. Yi is about upholding what is right and the moral obligation to do what is good. Zhi is being able to see what is right and fair.

Jainism is also known as Jina sasana or Jain dharma and is one of the oldest Indian religions. It is a transtheistic religion that believes in nonviolence and self-control as a way of liberation. There are three main principles in Jainism: non-violence, non-absolutism, and non-possessiveness.

Those who practice this religion must take 5 vows, which are non-violence, not lying, not stealing, chastity and non-attachment.

Shintoism is the ethnic religion in Japan. It is an action-centered religion that focuses on diligently practicing religious rituals. Shintoism worships a multitude of gods called kami, which serves various purposes such as for harvest festivals and for war.

It is considered to be the largest religion in Japan with practitioners of nearly 80% of the population.

There should always be respectful towards different religious groups, no matter what practices and traditions they have. It is the only way humankind can unite and not hate each other.

Top 10 Best-Seller Novels of All Time