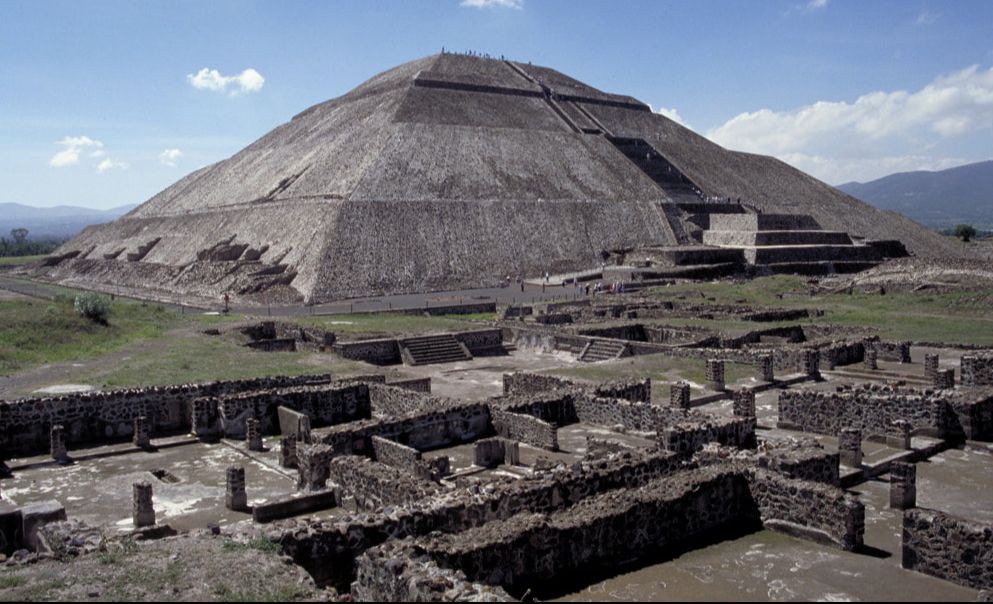 The world is filled with a lot of attractions and spots wherein legends and historical stories are being coined and created. Most of the time, these buildings and constructed spots are mysterious when it comes to why they are built and who built them.

Up until the recent times, a lot of scholars are still devoting their time and effort in revealing the secrets and mysteries behind these attractions.

Located in the heart of Micronesia, Nan Madol is an ancient city built on the tiny islets in the sea. More often than not, because of the beauty and amazing appearance of Nan Madol, it is called the Venice of the Pacific.

Nan Madol is constructed mainly using huge blocks of basalt columns and corals.It is believed to be built by two brother wizards.

In actuality, no one really knows who built the city of Teotihuacan. It is home to the largest pre-Columbian structures in America. In addition, it is believed to be home of about 100,000 residents historically making it one of the most populated cities in America.

Today, the city is left to abandonment and no one knows when and why. There are a lot of speculations regarding this but not a single proof or evidence has been found in Teotihuacan.

The discovery of Puma Punku in Bolivia has to lead a lot of mysterious questions and speculations about the said structure. What made it so mysterious is that the structure is built with blocks of stones that are believed to weigh 130 tons each. Moreover, these stones are carefully placed and aligned with each other.

What made it more strangely mysterious is that it has a precise line and holes located on the very complex of the temple.

Practically, it is not impossible to do it especially given the period of time the Puma Punku was built – this lead actually to the beliefs of the existence of ancient aliens.

It is quite amazing actually to built underground cities given the time it was being built, technology is quite missing in the picture.

The said city has been expanded and inhabited by many as a place to flee for protection until 1923. It was forgotten since then not until in the early 1960s when it was accidentally rediscovered.

Ggantija lies on the island of Malta. It is a megalithic temple complex that is believed to be built by a giantess called Sauna.

Generally, it is a three-temple formation and surrounded by a wall.

The beauty and mystery of Great Zimbabwe caused a lot of political and geographical distraught. It created many debates over countries and politicians because everyone wanted to own the said attraction. It is a ruined city that forms the largest collection of ruins in the southern part of Sahara.

Great Zimbabwe is now believed to be built by the ancestors of the Shona but many locals still believed in their historical myths and alike.

Baalbek may be found in the heart of Lebanon today. The prominence of the building reached its peak during the Roman Empire but Baalbek actually had been a major city long before that. It has a mysterious feature – the temple consists of three gigantic stones.

Weighing 800 tons each – these are the largest and heaviest stones ever used in the history of construction.

Menorcan Taulas is a T-shaped formation of rocks located in Menorca. These taulas are surrounded by a wall with a single entrance alone.

It is known to be formed and built by the Talaiotic Culture and believed to be used as a tool for rituals and alike but there are no clear evidence and proofs to this theory.

It is believed that local ponds in Longyou are bottomless. In 1992, the speculation has been resolved when a villager drained one of these ponds.

Since then, other ponds were drained as well and 27 grottoes were discovered. All are artificial and clearly handcrafted and carved by the far ancestors of the locals in the area.

What made the tomb of China’s first emperor mysterious and suspicious is that the Chinese government won’t allow the excavation of the main and central tomb.

Inside the tomb, everyone could see the Teracotta Warriors who are very prominent due to the fact that the statues of these warriors are placed to guard the death of the said emperor.

It is believed that there are hidden lakes and rivers of liquid metal inside. One scholar said that it is full of mercury since the amount of existing mercury on the grounds is quite huge and significant in value in comparison to the normal states and locations.

In totality, these are the most mysterious attractions all over the globe that everyone wanted to visit and see it for their selves. There are far more reasons why these buildings and formation became legends and historical apparently.