Top 10 Most Bizarre Reasons for Break Up 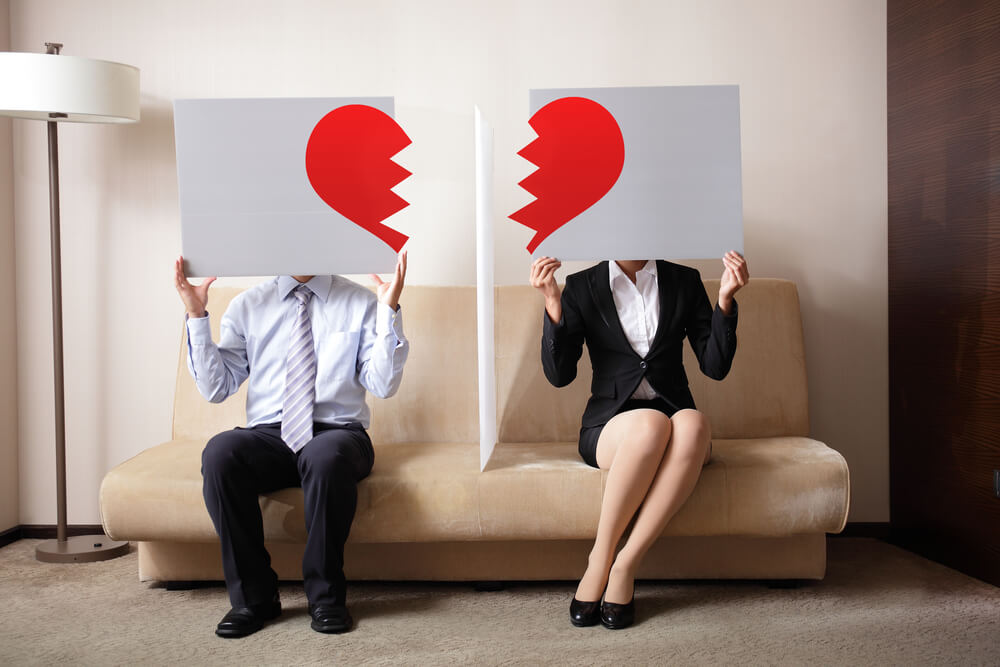 Being in a relationship is exciting, whether in a positive way or not. A budding love is always something that inspires us and makes us more creative. But what happens when you and your partner don’t click? Some choose to stand by it and learn to accept the flaws. Some choose to run screaming for the hills and just immediately terminate the relationship like a bug.

1. The Girlfriend Wore the Same Deodorant as His Mother

What could be more awkward than making love to your girlfriend and then getting a whiff of your mother’s deodorant?

That can definitely turn a guy off. But if your girlfriend is a regular user of this deodorant, you can choose to either let it go or let her go.

2. The Boyfriend Smelled Like Maple Syrup All the Time

There’s a certain time for ladies to enjoy the smell of food – it’s called PMS. Some ladies go through cravings and having urges to smell certain scents. However, if your boyfriend dons the same scent over and over, and the scent of food for that matter, it can get a little too much.

One woman confessed to breaking up with her boyfriend because he smelled like maple syrup all the time. Pancakes, anyone?

3. The Girlfriend Eats Peas One at a Time

Date nights are better if they are longer because you get to spend more time with your girlfriend. But it should not be long enough to spend most of the night on the dining table and eating one pea at a time.

If you have a whole plate of peas, you’ll be done eating by dawn. Next time, just don’t serve the peas.

4. The Boyfriend had a Weird Way of Laughing

Unless it’s the creepy, haunted-house kind of laugh, what exactly classifies as weird laughter?

One woman confessed to breaking up with her boyfriend because he had a weird way of laughing. Seriously, laughter is supposed to be contagious, not a turn-off.

5. The Girlfriend Walks Too Slow When they Go Around Town

One guy confessed to breaking up with his girlfriend because she walks really, really slow, and not for lack of trying.

For instance, when they walk around the park, she enjoys the scenery too much, to the point that when he keeps walking, he looks back and finds her 30 feet behind. Well, she’s just trying to enjoy her surroundings, isn’t she?

6. Boyfriend had Long Toenails that Make “Click” Sounds When he Walks

First of all, long toenails look better and (excuse the stereotype here) more appropriate for the ladies. Second, what’s with the clackity-clack sound of your toenails hitting the floor? One lady confessed to breaking up with her boyfriend because he had long toenails that “clicks” when he’s walking around the house.

Like, if you can’t cut your nails, let me do it for you. Just don’t make our house a live beatbox of nail clicks.

7. The Girlfriend Could Not Name All the Characters in His Favorite Cartoon Show

This lady forgot that her boyfriend’s main requirement was to memorize all the character names in his favorite cartoon show.

Poor girl, he broke up with her just because she can’t name it all. Actually, no we take that back. She’s not a poor girl. This was actually a blessing in disguise. Wink.

8. The Boyfriend has Grammar Lapses

Boyfriend has grammar lapses and girlfriend is one crazy grammar Nazi, and the other way around too.

Those two types of people can’t be left in a room for a long time, unless you enjoy seeing people arguing a lot.

9. The Girlfriend had Strange-Looking Feet

Forget the long toenails and the clackity-clack. One guy confessed to breaking up with his girl because she had strange-looking feet.

Well, unless they looked like the feet of Big Foot or she had fins, we are not exactly sure what he means by “strange-looking” feet.

10. The Boyfriend Got a Bad Haircut

One woman broke up with his guy because he got a bad haircut. She didn’t even give him a chance to grow it out. Poor guy.

Plus points for honesty and bravery of the people who were gutsy enough to say these breakup reasons to someone – who could have been – the one. We can only imagine how much effort it took to keep a straight face while you were delivering these “let’s break up” lines.

Top 10 Lifestyle Diseases That You Can Definitely Avoid