Top 10 Hair-Raising Hotels in the World 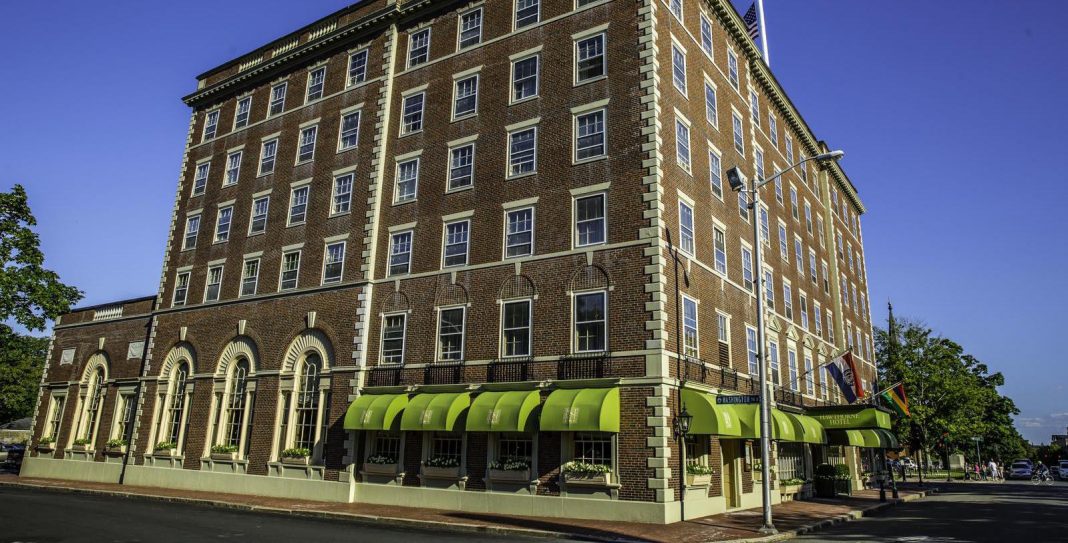 Hotels are safe havens for us when we go traveling. It is like a home away from home. So, having ghosts in your hotel is an added bonus, to give you a more exciting and one-of-a-kind experience. Here are some of the world’s haunted hotels.

The Bullock Hotel is located in Deadwood, South Dakota, and is known to be the oldest hotel in the area. And because it is ancient, the hotel also comes with paranormal activity traced from the past. It is said that the ghost of Seth Bullock, the owner of the hotel, can be seen roaming around the hotel. He goes around ensuring that the employees are working hard.

Other stories also involved plates and glasses shaking and flying. Guests have been tapped on the shoulder and hear whistling in the hallways.

Castle Leslie is open to paying customers who want to make use of its bar and restaurant, spa, Hunting lodges, and even a Cookery school. It is one of Ireland’s luxurious hotels that offer an enchanting and most unique experience. But despite its beauty, Castle Leslie is also home to different ghosts.

One of which is the famous monk ghost who roams around the castle. Another one is the ghost of Lady Constance, who has made an appearance quite a number of times.

The Ross Castle has now been converted into a charming bed and breakfast, overlooking Ireland’s lakes. The castle is believed to be haunted by the ghost of Sabina, who still searches for her lover Orwin.

She still searches until they will both be reunited. Her father, the Black Baron, has also been reportedly seen around the castle. His soul will never be at peace because of the death of his only beloved daughter, Sabina.

Hotel del Coronado is located in San Diego, California, and was considered the largest resort in the world in the year 1888. One of its most popular ghost is that of Kate Morgan. She was a young woman who checked into the hotel in 1892 but never came out.

The cause of her demise was her unhappiness about not visited by her lover. She died of a gunshot wound to the head. Her ghost roams the hotel and manifests through flickering lights and other paranormal activity.

The Dalhousie Castle is an imposing structure in Scotland, which was made into a luxury hotel with 29 rooms. All of which were beautifully decorated with antique furniture, carpets, and rugs for a unique experience.

The hotel is believed to be haunted by Sir Alexander Ramsay, who was starved to death. The ghost of Lady Catherine has also been seen in the castle dungeons.

The Ragged Cot used to be a coaching house in the 17th century and has now been operating as a Bed and Breakfast for travelers. The ghostly apparitions have had a long history, tracing back to Bill Clavers, who accidentally pushed his wife and their child down the stairs.

Scared of the consequences, he hid their bodies in a trunk. But, the local constables found the bodies of both the wife and child of Clavers at the bottom of the staircase the very next day. He was found guilty and sentenced to death by hanging.

The Hawthorne Hotel in Salem, Massachusetts has also been connected with the Salem Witch Trials of 1692. The land that the hotel was built on, was formerly an apple orchard owned by Bridget Bishop. She was accused of practicing witchcraft and was hanged on Gallows Hills. Sometimes, apples can be smelled wafting in the air of the hotel.

Another paranormal activity has also been reported by guests and employees, like having the order of the room rearranged. Other guests have also experienced waking in the middle of the night with someone at the foot of the bed.

The Bell Hotel used to be an Inn the old days. It was given the name “Bell” because of its significance in religion in the 15th century, a time when religious practices are of great importance to the people of Norfolk.

It has been reputedly haunted by a hooded monk and the ghost of Elizabeth Radcliffe, who haunts the ground floor. She used to be a landlady of the inn.

The 1886 Hotel Crescent Spa is a historical landmark in Arkansas. It was originally built to cater to the rich and famous of that era. It has been dubbed as “ America’s Most Haunted Hotel” because of the haunting of 8 spirits.

One ghost is of a young college woman who jumped to her death during the 1920s. Her spirit lingers in the hotel to this day.

The Chillingham Castle is a medieval structure in Northumberland, England. It used to be a monastery in the 12th century. Many ghosts have been sighted in this castle, one of which is the ghost of a frail figure in white who lingers in the “inner pantry”.

Another famous apparition is that of the “blue boy”. The haunting of the blue boy stopped when the remains of a man and a boy were found behind the walls of the castle.

If you are one to seek pleasure from ghost apparitions and chilling stories that locals can tell, be sure to visit some of these establishments. You’ll even have a trunk full of rich history and ghost stories to tell everyone when you get back home.

Top 10 Ways to Ensure Your Readers Will Read Your Content