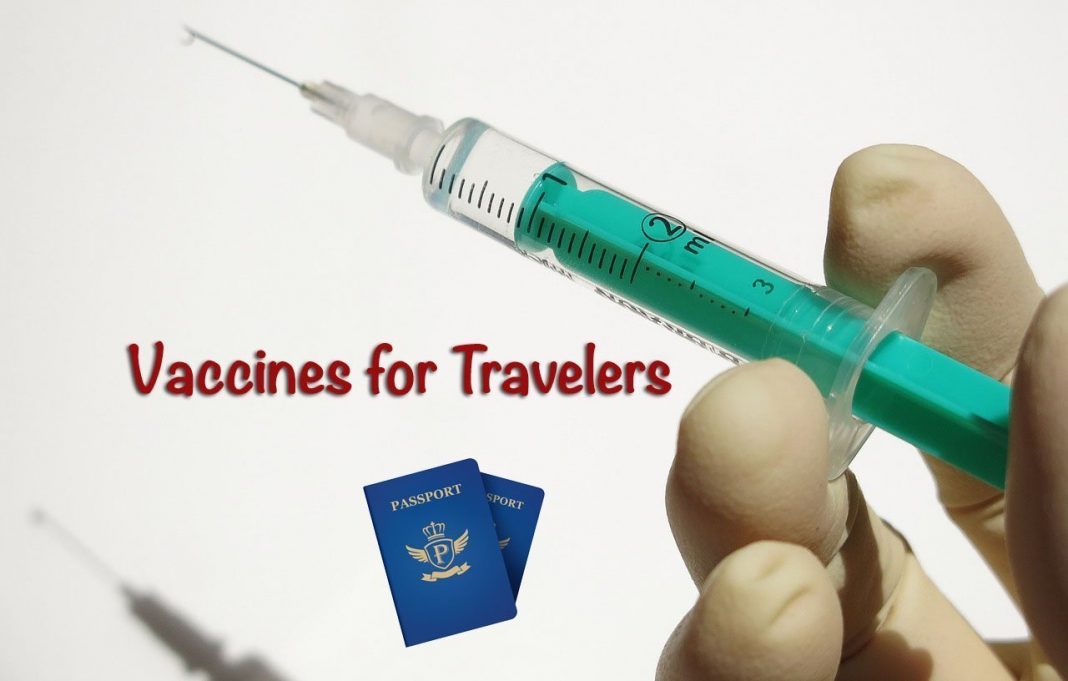 Vaccinations are mandatory for people who travel a lot. In fact, one cannot enter a certain country if the recommended vaccines have not complied. Here are 10 of the most important vaccines to take when traveling.

Cholera is caused by bacteria called Vibrio cholerae, which is spread through contaminated food and water. Oral and injectable cholera vaccines help in preventing cholera from  25 to 50 percent. The best prevention is to stay away from contaminated food, water, and persons even if you have received the vaccine.

For the cholera vaccine to give full protection, the number of doses should be completed and a booster shot should be received every 6 months.

A booster shot is given every three years to keep you protected. If a faster immunity is needed, the second dose can be given after two weeks, which only gives little protection.

Yellow fever is an acute viral hemorrhagic fever caused by infected mosquitos. The Yellow fever vaccine should be received ten days prior to traveling outside the country. This will allow your body to create antibodies to give you immunity against the virus.

A yellow card is then given, which is an International Certificate of Vaccination, that proves you have received the vaccine. This is mandatory in countries where there is a Yellow Fever outbreak.

Rabies is a contagious and deadly disease of dogs and mammals transmitted through saliva. There are four doses of HDCV and PCEC that should be given, wherein the first dose should be administered as soon as possible.

The remaining doses should be strictly given as scheduled on the third, seventh, and fourteenth day after the first dose was given.

Typhoid fever is a disease that is caused by the bacteria Salmonella Typhi. It can be transmitted through ingestion of contaminated food and drink. There are two available vaccines, oral and injectable. The oral vaccine, Ty21A, is an enteric-coated capsule. Three tablets are given on days 1, 3, and 5. The injectable one, the ViCPS vaccine, is administered intramuscularly in a single dose.

Immunity is at seven days after receiving the vaccine. It is recommended that revaccination is done if continuous protection is needed.

Hepatitis A is a liver caused by the Hepatitis A virus, which can be transmitted through person to person contact and ingestion of food and water contaminated with the virus. There are two types of vaccines available, the inactivated vaccine and the Chinese live attenuated vaccine. The inactivated hepatitis A vaccine can be given in a single dose, but if added immunity is needed, two doses of the vaccine are a must.

The Chinese live attenuated vaccine is given st a single dose. Both vaccines are just as effective in giving immunity against the virus.

Hepatitis B is a liver infection caused by the Hepatitis B virus, which can be transmitted when infected blood, semen, and other body fluids get into the body. The vaccine is given in three doses, the first one can be given any time while the second dose is given a month after the first dose.

The third dose is given six months after the first dose. It is recommended that infants and children be vaccinated at once.

Japanese Encephalitis is an infection caused by the Japanese encephalitis virus that is transmitted through a bite of an infected mosquito. The vaccine is given in two doses, wherein the second dose is given 28 days after the first dose has been given.

It takes a week to receive full immunity, so it should be completed before traveling out of the country.

Poliomyelitis is a highly viral disease that is caused by a human enterovirus that can cause paralysis. There is no cure for this disease, so getting vaccinated is important. The inactivated polio vaccine (IPV) is given anytime.

These vaccines are given in three doses to ages 10 through 25.

An awareness of these kinds of diseases and ways on how to prevent them are important so that one can protect oneself, their family, and the people around them. Prevention is always better than cure.

Top 10 Reasons Why You Should Travel Once a Year