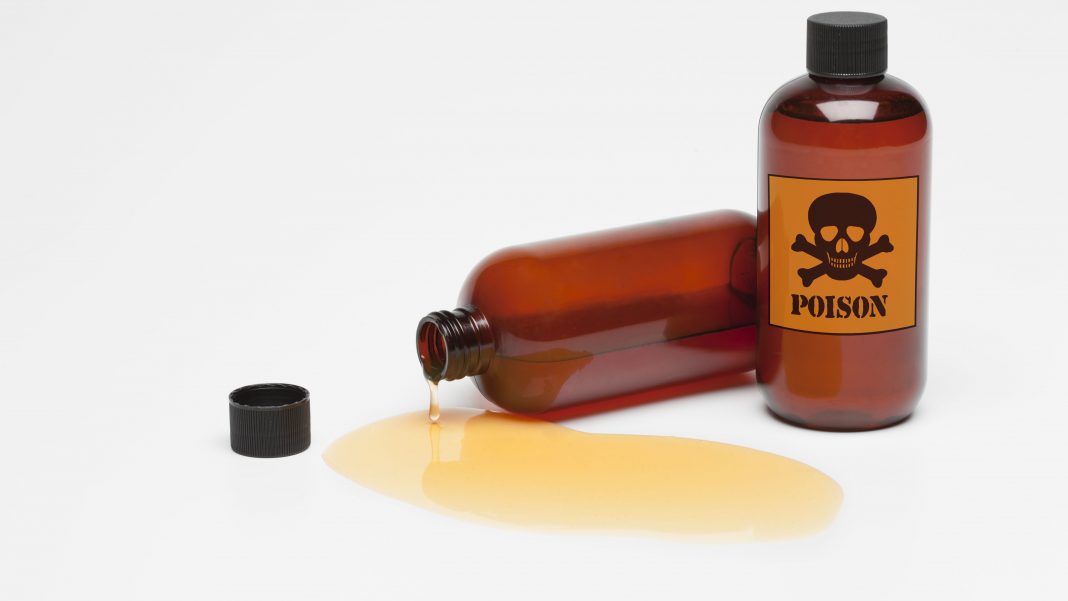 Poisons are very dangerous substances that should not have even existed. Perhaps, if people are more aware of what the deadliest poisons are, then there would be fewer instances of deaths caused by it. Here are the top ten deadliest poisons that you should acquaint yourself with.

Arsenic, which is abundant in groundwater, is a heavy metal and has a lot of toxic characteristics.  Symptoms of having arsenic poisoning include headaches, confusion, severe diarrhea, and drowsiness and can lead to coma and death. Acute symptoms include hair loss, muscle cramping, stomach pain, vomiting, and convulsions.

The treatment for arsenic poisoning includes chelation, nutrition with supplemental potassium, and removal of arsenic from the body with the use of naturally occurring microbes.

Anthrax is a disease that is caused by the Bacillus anthracis. It is not contagious but can be transmitted when infected meat is consumed. It is also transmitted through inhalation of its spores and can enter the human body through the lungs, intestines, and skin.

Since anthrax can survive in very harsh conditions, it has been used as a biological weapon in warfare by terrorists who wish to intentionally infect the masses.

Zyklon B is known as the trade name of a German cyanide-based pesticide. It consists of hydrogen cyanide, which is a poisonous gas that affects cellular respiration.

This is the same substance used by the Nazis to mass murder thousands of Jews in gas chambers during the Holocaust. Zyklon B was mostly used for disinfecting ships, warehouses, and trains and even delousing clothing.

Cyanide is commonly used in pesticides and insecticides. When exposure to cyanide happens, it halts cellular respiration which inhibits the cells of an organism from getting oxygen. This results in a coma with seizures, apnea, cardiac arrest, and even death.

Strychnine is derived from the seeds of the Strychnos nux-vomica tree and is an alkaloid substance mainly used as a pesticide especially for rodents. It produces some of the most painful toxic reactions ever known. It can be inhaled, ingested, swallowed, or absorbed through the eyes or mouth. After exposure to this toxic substance, the body begins to experience muscle spasms all over, characterized as trismus and Risus sardonicus.

The convulsions progress, which leads to asphyxiation that can result in death, and this happens 2-3 hours after exposure to the substance.

The VX Nerve Gas is an odorless and highly toxic substance that is used as a biological weapon for its deadly effects on the nervous system. It was first used as an effective pesticide but was later found to be toxic for use.

Exposure to this substance causes flaccid paralysis of the muscles that can lead to asphyxiation and death.

Batrachtoxin is a cardiotoxic and neurotoxic steroidal alkaloid that is derived from frogs, birds, and melyrid beetles of a certain species. The toxin is released from the glands that are located at the back or behind the ears of frogs, as a defense mechanism. The toxin can affect the heart muscles by interfering with heat conduction.

This results in arrhythmias, extrasystoles, and ventricular fibrillation that can result in cardiac arrest. There is no known antidote for the toxin.

Mercury poisoning, also known as hydrargyria is a medical condition that is caused by exposure to mercury. Toxicity can result in brain damage and impaired kidneys and lungs. Symptoms may include sensory impairment, lack of coordination, skin discoloration, peripheral neuropathy, and disturbing sensation.

Mercury poisoning can occur when contaminated air is inhaled and consuming food with mercury residue. Treatment involves decontamination through the removal of clothes and washing with soap and water.

Nerium oleander or simply Oleander is an evergreen shrub in the dogbane family that blooms in warm climates. It is visible during the summer and fall and produces colorful flowers that are heavy-scented. It is considered toxic when consumed in large amounts. Toxicity can affect the heart, digestive system, and central nervous system.

Sarin is used as a chemical weapon due to its effects on the nervous system. Even in small amounts, it has found to be lethal within 1 to 10 minutes upon exposure through inhalation, which can cause muscle paralysis. Antidotes such as atropine and biperiden are administered quickly if this happens.

Those who have inhaled the substance may have permanent neurological damage if medical attention was not given immediately.

If you believe that you have come in contact with such substances, seek immediate medical help as soon as you possibly can. These substances are potentially fatal and if appropriate medical attention is given, life would be saved.

Top 10 Ways To Get Rid Of Belly Fat

Top 10 Signs You Should Quit Your Job