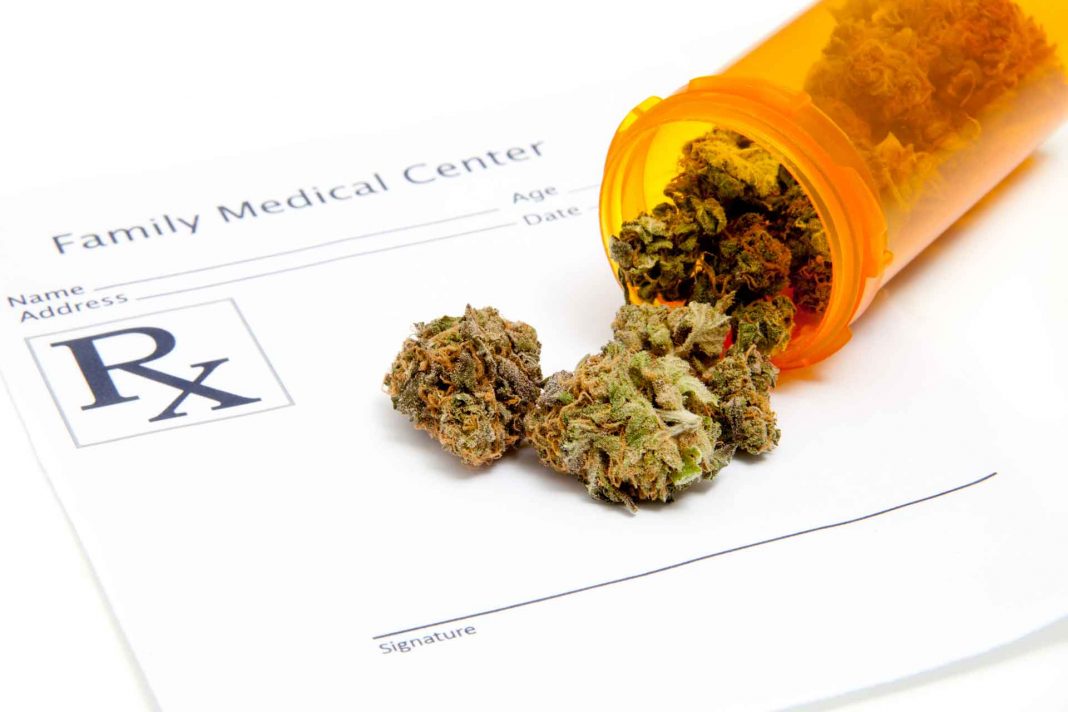 Marijuana or Cannabis, is a preparation of the plant, Cannabis, which is intended for use as a psychoactive drug. The main active ingredient of marijuana is tetrahydrocannabinol (THC), which is just one out of the 483 compounds found in marijuana. It also has about 84 cannabinoids. Aside from its mental and physical effects on the body, marijuana is now used to treat and prevent certain medical conditions. Here are the top ten benefits of this breakthrough drug.

Marijuana is used to treat and help prevent glaucoma. Glaucoma is a condition that results in optic nerve damage, associated with an increase in the intraocular pressure of the eye, which can result in blindness.

Marijuana is said to effectively relieve the pressure in the eye, preventing further worsening of the condition that may result in blindness.

Marijuana, according to studies, can prevent epileptic seizures. tetrahydrocannabinol, the active ingredient in marijuana, binds to the brain cells which are responsible for controlling excitability and in regulating relaxation.

This action of the tetrahydrocannabinol in marijuana controls epileptic seizures for long hours. This has brought relief to thousands of patients who suffer from different kinds of seizures.

3. Can stop the spread of cancer

Cannabidiol, which is one of the active ingredients of marijuana, can possibly prevent the spread of cancer. It acts by turning off a gene called Id-1, which is responsible for inducing cancer cell growth and promotes cancer cell survival.

Marijuana reverses all that by decreasing Id-1 expression and inhibits the spread of cancer cells. The drug can potentially slow down the progression of breast, lung, and brain cancers.

Medical users of marijuana claim that it helps relieve pain and nausea, which are common side effects of chemotherapy. It can also act as a sedative that can improve the smoker’s mood. It can help reduce feelings of stress, anxiety, and tension.

Another use of marijuana is that it can help improve appetite, especially among chemotherapy patients who lose their sense of taste. But beware of high doses, as it can also result in paranoia and increased anxiety.

Tetrahydrocannabinoid (THC) in marijuana is known to slow down the progression of Alzheimer’s disease. The disease is thought to result from brain inflammation. Marijuana is a potent anti-inflammatory drug, which directly affects nerve cell function, reduces chronic brain inflammation and cellular dysfunction while promoting healthy brain cells.

Marijuana helps to inhibit the formation of plaques in the brain, which is the main cause of Alzheimer’s disease and promote neurogenesis.

6. It can soothe tremors associated with Parkinson’s disease

Marijuana helps soothe tremors and pain among patients with Parkinson’s disease. It has even improved their sleeping patterns.

But the most notable effect of marijuana is its ability to improve the fine motor skills of these patients who have a hard time dealing with activities of daily living.

7. It lessens the side effects of Hepatitis C treatments

Hepatitis c treatments can take its toll on the body. The common side effects are fatigue, nausea, muscle pain, loss of appetite, and depression that could last for months. A lot of patients stop the treatment due to the undesirable side effects.

Studies showed that marijuana users were able to complete their Hepatitis C treatments by 86% compared to the non-smokers. The drug has also been observed to increase the efficacy of the treatments by 54%.

THC and Cannabidiol in marijuana are said to interact with the cells that are responsible for gut function and immune response. The active ingredients of marijuana are believed to prevent the permeability of the intestines.

In turn, hinders the entry of bacteria inside the gut. It also makes the cells of the intestines bond together more tightly.

Marijuana is believed to alleviate different muscle spasms. That includes spasms associated with Leeuwenhoek’s disease, which causes neverending spasms of the abdominal muscles. It can be painful and can even interfere with breathing and speaking.

Smoking marijuana effectively calmed the attacks instantly and most importantly, it has calmed the diaphragm muscles too.

Marijuana has greatly helped with multiple sclerosis patients in alleviating most of the symptoms. One symptom is spasticity, which is a feeling of stiffness and uncontrolled movement of the muscles. Marijuana can help calm these spasms.

Multiple sclerosis can also be painful due to the spasms experienced by the patient. The drug can help lessen the pain by blocking the nerves that cause them.

Marijuana is indeed a big help, especially to those with medical conditions that can’t be alleviated by stronger drugs. Although it has been proven effective by many users, there are still unwanted side effects associated with the drug such as addiction, heart attacks, memory impairment, and paranoia among many others.

Top 10 Reasons Why the Internet is a Good Thing