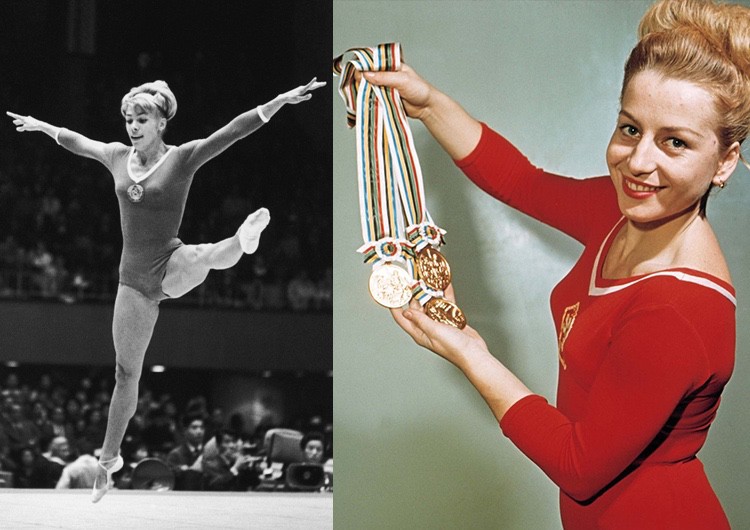 The Olympics is the well-awaited global event every four years where the world’s best athletes and sports-passionate individuals come together to celebrate, commemorate, and compete in the title of the world’s best. The Olympics originated in ancient Greece about 3,000 years ago and was staged by the Olympians to honor the gods. It went through quite a history, but eventually, in the late 19th century, the Olympics was formally opened and became the world’s most prestigious sporting event.

Over the centuries, the world has seen great Olympians who have not only won numerous gold medals but also brought so much pride to their nation and became an inspiration to many athletes all over the world. We have seen their name once or twice, and that is because they are one of the greatest. Here are the top 10 of the all-time greatest Olympians of the world.

Michael Phelps is hailed as the greatest Olympian of all-time, played in the years 2004 – 2016 summer Olympics, and has a total of 28 medals to his name.

Among these medals are 23 gold, 3 silver, and 2 bronze medals. He is hailed in the International Swimming Hall of Fame.

Larisa Latynina is a gymnast from the Soviet Union team who played in the years 1957 – 1964 summer Olympic games. She won 14 Olympic medals for individual events and four team medals.

She holds the world record of most Olympic gold medals in a gymnastics event, male or female, and has nine gold medals. She also has five silver and four bronze medals.

Paavo Nurmi (1987 – 1973) from Finland dominated the long-distance running events in the Olympics in the early 20th century. He played in the years 1920 – 1928 summer Olympics and was nicknamed “Flying Finn”.

He has twelve Olympic medals to his name, among these, are nine gold medals and three silver medals respectively.

Usain Bolt, a Jamaican sprinter, is the first man to hold a 100 meters and 200 meters world record since the implementation of mandatory automatic time in the athletics event. He is celebrated as one of the most successful Olympians of all time.

He also holds the record fastest human ever timed in the track and field event. He has a total of nine Olympic medals, all gold, and no defeat.

Mark Andrew Spitz is a former world record-holder in seven swimming events and a nine-time Olympic champion for swimming in the years 1968 – 1972 summer Olympic games.

He is hailed as one of the greatest Olympians of all-time and has a total of eleven Olympic medals to his name, among those are nine gold medals, one silver, and one bronze respectively.

Carl Lewis played in the track and field event in the years 1984 – 1996 summer Olympic games.

He is hailed as one of the greatest Olympians of all-time because of the 10 medals he has earned, among those are nine gold medals and one silver.

Ole Einar Bjørndalen, a Norwegian professional biathlete, played the biathlon event in the winter Olympics of 1998 – 2014.

He is named the most medaled Olympian in the history of the Winter Olympic Games. He has a total of 13 medals, with eight gold medals, four silver, and one bronze.

Birgit Fischer is a canoeing champion hailed from Germany and is one of the greatest female Olympians of all time. She played in the years 1980 – 2004 summer Olympics.

She has 12 Olympic medals to her name. She has eight gold medals and four silver medals respectively.

Sawao Kato hailed from Japan and is celebrated as one of the greatest Olympians of all time in the gymnastics event. He played in the years 1968 – 1976 summer Olympics.

This athlete has twelve Olympic medals to his name. He has eight gold medals, three silvers, and one bronze medal respectively.

Raymond “Ray” Clarence Ewry (1873 – 1937) played in the athletics event from the United States team in the years 1900 – 1908 summer Olympics. He is celebrated as one of the most successful and unbeatable athletics Olympian in his time and all-time.

He donned eight gold medals, no silver or bronze, which made his mark on the athletics event as unbeatable.

Fame, glory, and fortune are only a few of the things that a great Olympian will have the luxury to have, but of course, it does not come without sacrifice and hard work. As what these famous athletes have taught us, success cannot be handed to you on a silver plate. You have to work hard and train hard to earn it. When you do, success is much sweeter.

Top 10 Ways to Spark Your Marriage

Top 10 Most Bizarre Reasons for Break Up