Top 10 Reads on a Rainy Day 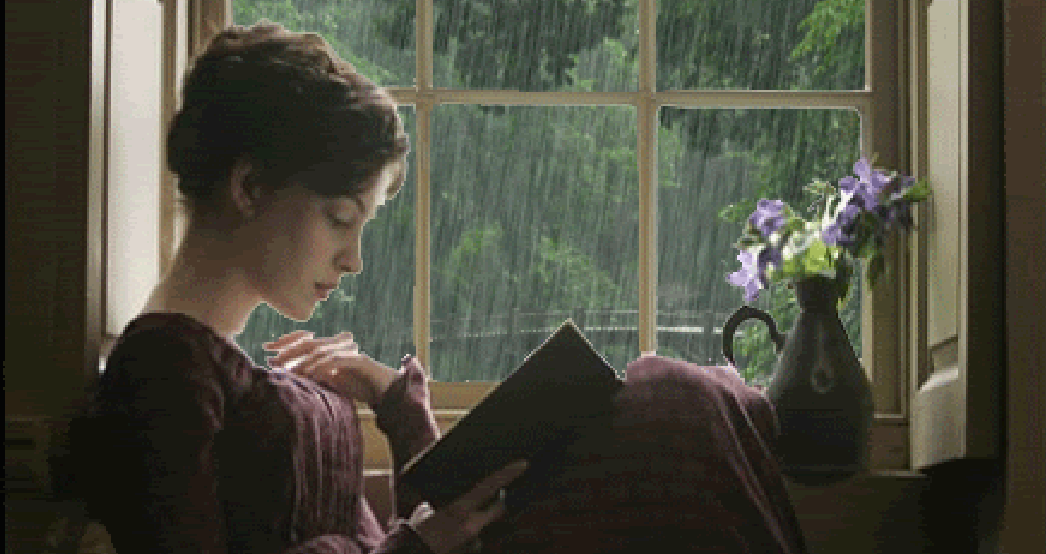 Rainy days are perfect for curling up in bed and just hang out in the bedroom. But if you want your day to be a little bit more productive? Read something! Books are always a great medium for creative imagination and de-stressing. You can get into a whole new different world without leaving your room. That’s the beauty of books and here are the top ten you should never miss.

Pride and Prejudice is a novel written by the famous Jane Austen that was first published in 1813. The main character, Elizabeth Bennet, is intelligent, witty, lively, and playful and can be judgmental based on first impressions. While the male protagonist, Mr. Darcy is a rich, intelligent man who lacks social ease, aloof, and finds it hard to adapt to local society, which others find prideful.

They find themselves in each other’s company most of the time, which led them to view each other in a different light. Love always triumphs, when Elizabeth was able to overcome her prejudice and Darcy, his pride.

2. The Lord of The Rings

The Lord of the Rings is a high-fantasy novel written by J. R. R. Tolkien and has been one of the best-selling novels ever written. The story centers on the main antagonist, the Dark Lord Sauron, who created the One Ring to rule over all the other Rings of Power, to rule over all of Middle-earth.

When the ring got into the hands of Frodo Baggins, he goes into a quest, together with his friends, to destroy the ring while going through a lot of obstacles.

3. The Count of Monte Cristo

The Count of Monte Cristo is a novel written by Alexander Dumas in 1844. The story centers around a man, named Edmund Dantés, who is wrongfully imprisoned. He escapes from jail and acquires a fortune, which he uses to exact revenge on those people who are responsible for his imprisonment.

It is an adventure story with themes of hope, justice, revenge, forgiveness, loyalty, betrayal, selfishness, and romance.

4. Memoirs of a Geisha

Memoirs of a Geisha is a historical novel written by Arthur Golden in 1997. The fictional story of the gray-eyed geisha named, Sayuri, is told in the first-person perspective, as she confesses the life of a celebrated geisha-where virginity is auctioned off to the highest bidder and they are tasked to lure powerful men.

Twilight, the first book in the Twilight series, is a young adult vampire-romance novel written by Stephenie Meyer. It centers on Bella Swan, a clumsy average high school student from Phoenix, Arizona, who moved to Forks, Washington to stay with her dad. She finds herself in great peril when she falls in love with the handsome vampire, Edward Cullen.

Together, they overcome the complexities of a human-vampire relationship to have a love that lasts a lifetime.

6. Harry Potter and the Sorcerer’s Stone

Harry Potter and the Sorcerer’s Stone is a fantasy novel written by J. K. Rowling. This is the first book in the Harry Potter series. This tells the story of an orphaned boy, Harry Potter, who lives in the cupboard under the stairs.

He later discovers that he is a wizard and as he embarks on a new magical world, he unfolds secrets, meets enemies old and new, and learn that goodness always overcomes evil.

7. To Kill A Mockingbird

To Kill a Mockingbird is a gothic novel written by Harper Lee. The plot and the characters in the story are based on Lee’s family and neighbors. It deals with issues on the destruction of innocence and racial inequality. It also tackles issues regarding class, courage, compassion, and gender roles.

This has been used as a reference in schools and is considered the most widely read book that deals with race. The novel has won a Pulitzer Prize and is now a classic novel of modern American literature.

This book was written by Robin Sloan, that speaks about friendship and borders of mystery, fantasy, and adventure. It features the conflict between new-age technology and old-school printed books.

The main character, Clay Jannon, who lost his job due to the Recession. When he gets a job at the bookstore, he discovers a mystery that has been hidden for over 500 years.

The thinking Tree is a book written by Leonard Belmont. It is a story written based on an old tree’s perspective. Discover the wisdom and the observation it makes on its surroundings and on human’s destructive nature.

This book will give readers the realization that the world needs to be taken care of and it is never too late to reverse the actions that have been made, which has brought destruction to the world if only the change starts now.

Flipped is a book for young adults, written by Wendelin Van Draalin. There are two protagonists in the story, who uses the first-person perspective alternately. The first moment Juli Baker laid eyes on Bryce Loski, she flipped. The first time he saw Juli, he ran. They have been in a constant cat-and-mouse relationship ever since, Juli running after Bryce and Bryce just running away.

These books are great reading materials for a rainy day. Don’t forget a mug of hot chocolate and blankets to keep you warm while you travel into another world of adventure, mystery, suspense, and romance.

Top 10 Most Expensive Gemstones of the World